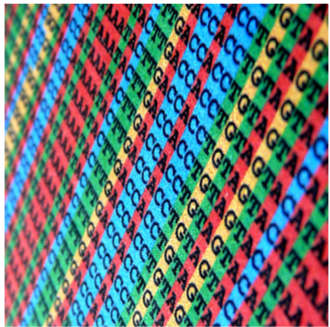 Genomics England has successfully sequenced 100,000 genomes from NHS patients. But why did they do it?

Early progress was made in 2004 when the sequence of the first human genome was completed. A milestone in the genome project, the DNA code composed of four bases (A, T, G and C) was sequenced for the whole genome1. By looking for small patterns in this genetic code, particular genes were located across this new genome map. Thus, the biological sciences entered the era of the genome and exciting research followed.

Following this breakthrough, and with the genome map freely available, researchers were able find and analyse genes related to many genetic diseases and cancers. However, it became clear that often these diseases could not be attributed to changes in the code of individual genes. In fact, changes to whole groups of genes and how these genes work together may better explain why some diseases develop. Importantly, the project revealed information about the DNA sequenced between genes, previously believed to be space-filling “junk” DNA2. Researchers using the genome map have since found this DNA is not simply filling the gaps between genes. Rather, it often regulates how genes are working and is incredibly important.

While such rapid progress is impressive, there is an issue: every person’s genome is unique. So, how can we know which changes to a patient’s DNA code are causing disease to develop? The answer is to compare the genomes of thousands of individuals and ask which DNA changes are only present in the patients with the condition in question. Luckily, new technology means we can now sequence a genome in a couple of days, and for less than £1,000. Comparing this to the first genome – 13 years and $2.7 billion to sequence – illustrates the extent of progress made in a relatively small time3. The Department of Health and Social Care took advantage of this in 2012, launching the 100,000 Genome Project to be carried out by Genomics England.

In December 2018, Genomics England reached its goal of sequencing and assembling 100,000 genomes4. However, now comes the big challenge: the data. The next step is to find all the differences between the 100,000 genomes – a process called variant calling.  Subsequently, each variant needs to be associated with a particular disease or trait. Researchers can compare genomes of people with a particular disease to look for common variants. Once common variants are found, a record can be made of each variant and its relation to a disease. This process, annotation, will generate a large data set of all the variants discovered and their associated diseases.

Although the annotation is highly complex, once compiled it will have life changing effects for thousands, even millions, of people. Sharing the information with researchers will enable them to better understand how the DNA changes relate to diseases. Such understanding will help researchers to develop new therapies. Moreover, these annotations can improve diagnostic accuracy, and help tailor treatment to individual patients. For example, two cancers of the same broad type may respond to chemotherapies differently5. Looking for variants will inform doctors how likely a patient is to respond to particular chemotherapeutic drugs. This knowledge will allow them to make better decisions regarding treatment.

This ground-breaking project will form the foundations of an NHS Genomic Medicine Service. In 2019, the service aims to give NHS patients access to genetic testing.

Dr Emma Briggs is a researcher at the University of Glasgow where she researches the genome of the tropical parasite Trypanosoma brucei. She has a BSc in genetics, PhD in molecular parasitology and is generally enthusiastic about DNA in any form!