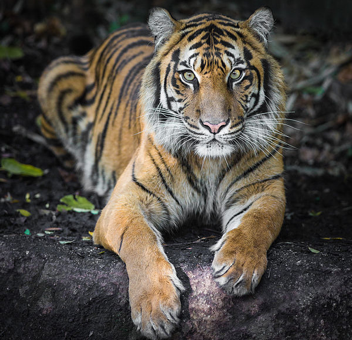 For more than 2,000 years Chinese medicine has used tiger claws in attempts to heal colds, animal bones to cure fertility, and rhino horns for various ailments. Although no scientific study has shown any beneficial health effects, the demand for animal parts has generated a multi-million-dollar wildlife trafficking network.

In 1993, China banned all trade in tiger bone and rhino trade. The ban means it is illegal to sell, purchase, import or export these animal parts. This ban was implemented when rhinos were on the brink of extinction and the tiger population was 4,000 individuals in the wild1. The 1993 ban significantly reduced the demand for tiger and rhino parts – paving the way for China’s conservation efforts.

However, this year China proposed to lift the ban. This would reopen legal trade by permitting hospitals to obtain parts from captive facilities where animals were bred for commercial purposes2. In 2007, China also proposed to lift the ban, stating it had negative impact on the economy. It was also argued to have diminished medical care for the poor, and not completely stopped tiger poaching. Yet, to facilitate trade would have reversed conservation efforts  implemented by many in China and around the world to stabilise and protect tiger and rhino populations.

Fortunately, shortly after the announcement, China decided that the change to regulations had “been postponed after study”3. Officials were not clear in outlining the reasons for this postponement, announcing that the old ban would stay in place. Further stating that they are “dedicated to the cause of wildlife protection”, they give hope that conservation efforts will continue4.

So, why such a public outcry? Why should we care about a 25-year-old ban?

Firstly, this ban has a significant impact on the populations and lives of tigers and rhinos. Sadly, there are only 30,000 rhinos left in the wild5 While this might seem like a large number, in the beginning of the 20th century there were over 500,000 rhinos. The situation for tigers is more dire, with just 3,890 tigers in the wild6. This figure could see a rapid decrease if the ban is lifted. Populations would be seriously diminished due to an increase in poaching and trading.

All in all, this ban represents a positive step in conservation efforts and to lift it would reverse decades of conservation work. China has previously implemented positive regulation, such as a ban on ivory trade in 2017 and the establishment of the Tiger and Leopard National Park for tiger populations. These actions contributed to China’s image as a wildlife conservation champion. Hopefully, this reputation will continue with any subsequent actions we see taken around the ban.

Finally, this news allows us to reflect on the future we see for wildlife and the efforts we decide to make to protect it.

I’m an undergraduate Zoology student with a passion for animals, films and books. When I’m not trying to piece together the world around me, I like to bake and procrastinate.