The past decade has seen the development of technology and creative equipment really pick up the pace. New tools like 3D printers and laser cutters, while capturing the imagination of a wealth of young people, can seem out of reach for many. This is exactly the problem that MAKlab, a Scottish-run charity, are trying to solve. With a workshop open to the public in Glasgow, and others open or being set up in many other cities, they aim to provide cheap and easy access to creative tech. Ifeanyi Azonlibe, one of the project organisers trying to create a more permanent Makerspace location on campus, emphasised to me how “accessibility, openness and unbridled interactions are the thrust of the Makerspace philosophy”. 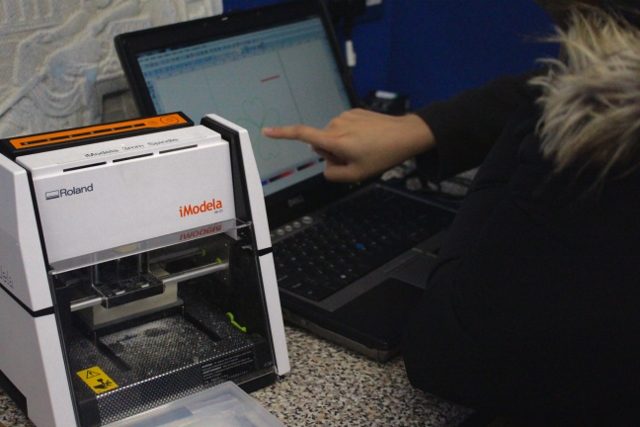 Last week I went along to one of the walk-in sessions held by Makerspace in a pop-up workshop opened on campus. Despite the small location, inside I found a variety of stations set out for visitors to try, including a demonstration on a 3D printer, keyring cutting on a laser cutter, and tote bag making using a vinyl cutter and heat press. The pop-up was busy during the whole two hours I attended, so it seems there’s plenty of interest from students.

I spoke with Heather Lambie, also working on the project within the university. She explained that the pop-up project is a trial run of sorts, to look at the potential of having a permanent location on campus decked out with all the sorts of equipment you would find in any other MAKlab location. The idea is to encourage students and staff to work with each other on new projects. “Our previous Dean of Graduate Studies asked us to explore the possibility of developing a training initiative called the Innovation Platform,” she says. “We thought that it would be good to run a pop-up and to coincide this with Global Entrepreneurship Week in order to create a buzz around the space and to establish the case that there is demand at Glasgow”. 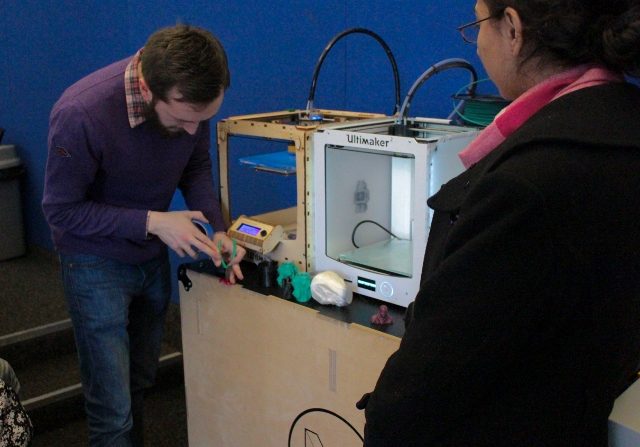 It certainly seems so, in fact tons of positive feedback was received from the people that attended. From what I could tell from my short visit, there seemed to be students from a wide range of departments there, which is exactly the sort of thing that the MAKlab team were hoping for: “In helping advance a culture of creativity, a makerspace will be for everyone and that play, making, creating are important across the board”, Lambie said.

Fingers crossed that the team manages to secure a permanent campus location, it has the potential to open up a whole new area of communication between the departments, and it’s a lot of fun to use the tech too!

For more information check out the MAKlab website: www.maklab.co.uk