It was a standard GIST evening. Stacks of cake, cookies and sweet treats, and a brilliant topic of conversation – favourite female scientists. As a mathematician I wanted to talk about someone in my field, and as a long term fan-boy the choice was easy. Let me tell you about Emmy Noether.

Write down all of the equations that govern the universe. We don’t actually know what all of these equations are (yet, or maybe ever), but this doesn’t stop Noether’s Theorem from telling us about them.

Before Noether, conservation of momentum and energy were assumptions about the universe, now they are direct results of her theorem. Noether taught us some of the most fundamental properties of our universe, by using only her mind, some calculus, and a chalkboard. 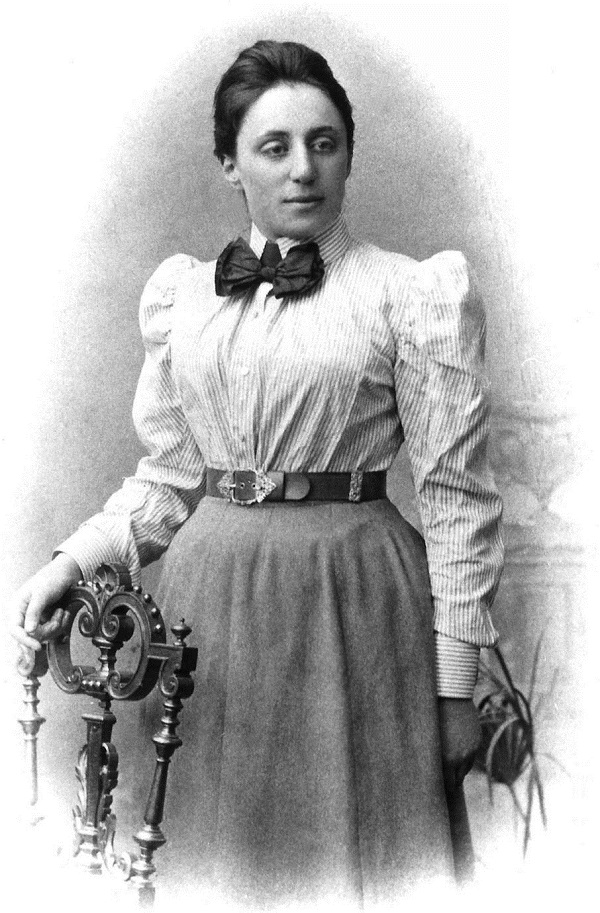 Noether’s Theorem is amazing, but in no way Noether’s only contribution to mathematics. In fact, she discovered and developed so much that her work is often described in three “epochs”. The body of theorems, equations and results that Noether amassed would be astounding for anyone. But when you look at the constant bombardment of discrimination she had to put up with simply for being a woman, it is hugely humbling.

When Noether was at university she was one of only two women at the University of Erlangen consisting of 986 students. She wasn’t allowed to participate fully in classes, allowed only to sit-in and not ask any questions, and she had to specifically ask each lecturer for permission to attend. After gaining her degree, she spent 7 years teaching at the university without any pay, but she still managed to publish some papers. It was this work that lead two mathematicians, David Hilbert and Felix Klein, to invite her to join the mathematics department at the University of Göttingen, but since Noether was a woman there were some serious objections.

One faculty member is reported to have said “What will our soldiers think when they return to the university and find that they are required to learn at the feet of a woman? “ commenting on the fact that soldiers were out fighting in the first world war. But legend has it that David Hilbert, a mathematical icon of the time, came to her deference by saying “I do not see that the sex of the candidate is an argument against her admission…after all, we are a university, not a bathhouse!“ *

Objections aside, Noether moved to Göttingen and continued to lecture without being paid, but still maintained her assault on the frontiers of mathematics. Despite the bold discoveries that she was making, her authority was constantly undermined solely because of her gender. She had to give her lectures under David Hilbert’s name, just to maintain some sense of “credibility”.

Noether did eventually get a paid role at the university, but this was only after more than a decade of working for free, and displaying the talents of one of the greatest mathematicians of all time.

Emmy Noether was an amazing person. The impact of her work is still felt today in many different areas of mathematics. For maths PhD students (like myself) she is an inspiring figure, and it is intimidating to think of her achievements. At the start of her illustrious (mostly unpaid) career she wrote a PhD thesis and in her own words she described it as “crap”. I aspire to be just a tiny percentage of the mathematician that Emmy Noether was. I know it will be difficult, but if I put my mind to it, I think I too might be able to write a crap thesis, even if revolutionising mathematics in what will later be described as three separate epochs seems a little less likely.

*After joining the University of Göttingen Emmy regularly swam at a men-only pool, because why-the-hell not!