The debate is still hot on whether viruses are alive or not. Like acrobats on a wire, these tiny entities walk the line between living and nonliving – although they are unable to metabolise, they still do an impressive job reproducing and infecting organisms. And they don’t just stop there. Sometimes, out of nowhere, viruses will evolve enough to be able to infect species that were previously protected, through a process called cross-species transmission.

One notable example of this is HIV. Both types I and II originated from apes and not, as conspiracy theories would have it, in some covert government-funded laboratory. HIV-1, the most widely encountered strain of the virus, is a slightly modified form of a Simian immunodeficiency virus (SIV), which affects the West African chimpanzee species Pan troglodytes troglodytes 1. At one point in the 20th century, the virus started affecting humans, even though African human populations had been in contact with the host animal populations for a much longer time. The mechanism by which this pathogen jumped species is still deliberated. The most straightforward hypothesis is the Bushmeat Theory, which suggests that a hunter could have got cut or bitten while handling the meat of an infected animal, thus contracting SIV.

Similarly, the Ebola virus is believed to have been transmitted from African primates to humans, while the origin of the SARS coronavirus is thought to be bats 2. A more familiar instance of cross species transmission is influenza, which regularly finds a way to level up from birds to pigs, humans or even camels! We all remember names like A/H1N1 or H5N1 being hollered on every TV and radio station a few years ago, while the population was being urged to get vaccinated (I also remember a heartwarming photo of President Obama getting a flu shot – he’s just like us, guys!). 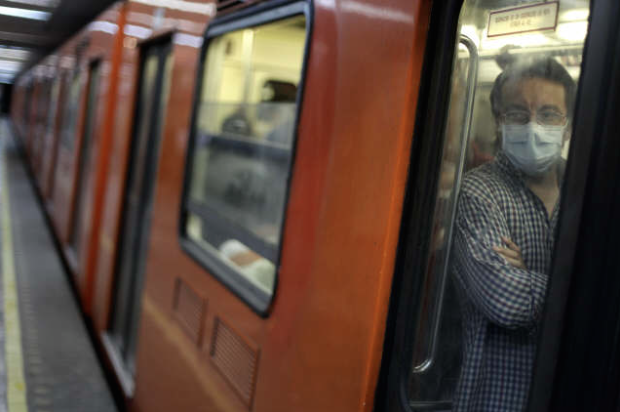 So how do these walking-dead pathogens even begin to tap into new species? Well, as it turns out, a virus is nothing more than a piece of DNA or RNA wrapped in a nice coat of protein, so it is a lot less complex than a bacterium or a fungus, for example. In order to do anything, it needs to find a cell and hijack it for its own diabolical purpose and reproduction. This simplicity of structure and the small genomes viruses usually have make them more likely to mutate and gain new functions, while giving them the ability to recognise new types of cells (for example, human) and outsmart host-specific defenses. The nature of the genetic material is also important as far as mutation rate is concerned. RNA tends to be more prone to replication errors than DNA, because RNA polymerase is not as good at proofreading the replicated strand. Consequently, RNA viruses mutate faster than DNA ones and their gain-of-function mutations are likely to affect us more.

In the case of avian flu for instance, the RNA virus can mutate easily when many birds are confined to a small space, therefore having many chances to be transmitted and reproduce. If humans come into contact with afflicted birds, human and avian viral genes can mix into new strains, through a process called antigenic shift. Other animals, such as pigs, can also serve as vessels of 2 or more of these viruses, providing even more opportunities for further reassortment.

But it’s not just the high mutation rate that allows viruses to jump species. The findings of a study conducted in 2010 at the University of Tennessee suggest that the genetic similarity of affected species also plays a pivotal role in cross transmission 3. Professor Gary McCracken and his team analysed rabies viruses in several species of bats and documented more than 200 cases of viruses jumping from one bat species to another. The researchers then aimed to determine whether viral mutation, environment or behavioral patterns influenced the frequency of transmission. Contrary to previous beliefs that mutation and high contact rate between species are the main factors favouring cross transmission, Professor McCracken’s data shows that genetic relatedness is more important.

Some jumps are more likely than others. As we’ve covered already, influenza viruses are RNA based and have a small genome, so they have a higher mutation rate. The environment of many domestic birds also facilitates genetic exchanges which makes transmission to humans a frequent event. On the other hand, jumps made by viruses like HIV are quite rare, both due to the nature of the viral material and the evolutionary gap between chimpanzees and humans, which spans across millions of years. An even more unlikely event was recorded in January 2014, when the tobacco ringspot virus – which causes necrotic ringspots on tobacco leaves – was found to infect honeybees 4. Based on how long ago the tobacco plant and honeybees diverged from their common ancestor, this means an astonishing evolutionary leap of 1.6 billion years!

The information we currently have on these jumps is still not as comprehensive as we’d like. The changing nature of viruses means it takes a lot of time and research to pinpoint important mutations and track the evolution of a viral strain. It also becomes a more difficult process as we come closer to the origin of the pathogen, as most sources are wild animals. This is an important area of research for virologists, since the majority of emerging viral diseases come from animals, and understanding the factors that facilitate cross species transmissions can help a lot to improve public health.