Is the Human Body the Battery of the Future?

Pioneering research is being conducted into the potential of harnessing body heat as a power source which could revolutionise the way we use and produce energy. Your recommended daily allowance of 2000-2500 kcal is released as energy, some of which is used for bodily functions such as pumping blood and flexing muscles, but the bulk of this energy is lost as heat waste. Body heat output statistics show that humans are essentially walking 100 Watt light bulbs1, however, channelling this energy with current technology is not easy, and the consistency of using it as an energy source is presently unpredictable without advanced testing. Should we find ways to harvest this energy efficiently, there would be boundless opportunities for developments in technology. 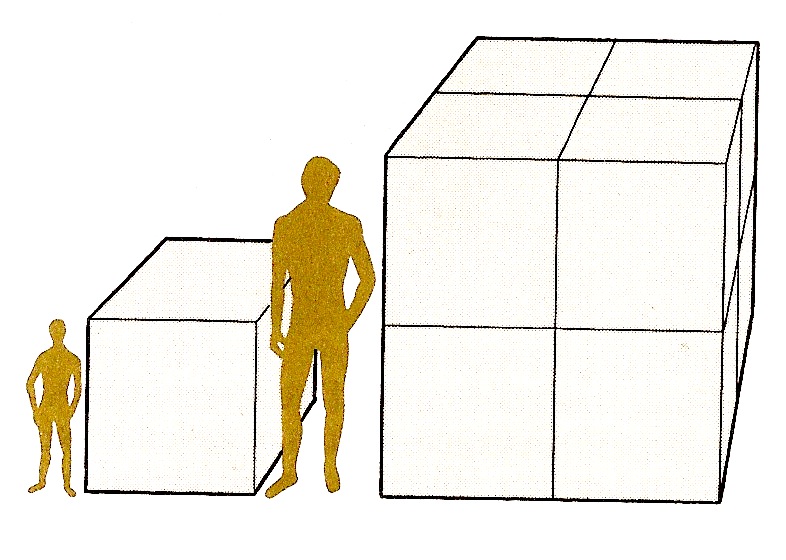 Your potential body heat output is relative and proportional to your personal surface area, as this is the area that the heat can dissipate from. In this situation your skin acts as a ‘heat sink’. Credit: Arne Hendriks via flickr

The design of a human-powered torch by Canadian teenager Ann Makosinski2 could potentially save lives if employed in areas at of high risk of natural disasters. Makosinski invented a hollow hand torch that produces a voltage across thermoelectric tiles, induced by the temperature difference between body heat and a heat sink (a device with thin ‘fins’ to increase surface area and dissipate heat) exposed to ambient air. As long as there was a temperature difference of 5°C across the tiles, the flashlight could sustain a steady beam for at least 20 minutes.  During natural disasters such as hurricanes, earthquakes or tsunamis, access to lighting for evacuation can be critical, and the ‘hollow flashlight’ would give people the ability to light evacuation routes without the need for batteries.

Body heat can be utilised in many other forms. Exploiting the human body’s thermoelectric potential, future devices could be powered inside the body, which could reduce the life risks associated with repeat surgeries. Most patients with pacemakers must have the batteries replaced every few years, which can cause their bodies to go through a tremendous amount of stress, increasing the chance of infection and other health risks. According to statistics from the British Heart Foundation, on average 26,000 people have pacemakers implanted annually in the UK, so reducing the health risks for people with heart conditions would hugely and positively impact worldwide progression in medicine3.

There are numerous possibilities that reliable advances in body heat generated power could provide for the evolution of medical technologies. With the use of thermoelectric generators, micro neurotransmitters could be implanted into the brains of patients with Parkinson’s disease and internal sensors and monitors could be used to deliver treatments and relay information from within the body. In fact, headway has already been made with developments in body heat powered hearing aids. A team at MIT has crafted and tested a working prototype, and while it needed an external power source to kickstart the hearing aid’s circuitry, it was self-sustainable and proved that the technology is on its way to becoming a reality for many who require hearing assistance.

Researchers in sports science are looking to develop the use of thermoelectric power generators to power a range of wearable technology, from step trackers and fitness devices to heart rate monitors. Smartwatches could also potentially utilise the energy produced this way, which would eliminate inconvenient charging times. The PowerWatch is a prototype smartwatch which runs off human thermoelectrics; a temperature gradient between the skin on your wrist and the ambient air causes a flow of electrons, inducing an electric current. While this model is more simplistic than the Apple Watch, the advances in this technology are exciting and show promise for the future of wearable technology4.

It has become increasingly evident that battery power is one of the biggest limitations in the development of wearable technology. Batteries can cause problems with their size and restrictive shapes, so finding alternative methods of harvesting energy could further aid the development of future technologies in ways we can’t yet imagine. Eliminating the use of the archetypal battery cell opens up the possibilities for wearable technology, from phones that can bend and fit around your wrist, to computers that can be woven into your clothes.

While this technology is very promising for the future, it is not an entirely new concept. The Seiko Thermic watch (released 1998) uses heat from your wrist to electrically power the watch, instead of the standard battery. Producing the small voltage which is used within a watch is relatively easy, however, it becomes a lot more complex to meet energy thresholds when running something with bigger power requirements such as a mobile phone or computer. Engineers have been working for decades trying to efficiently reclaim wasted energy and while this isn’t a new idea, the knowledge required means that new, reliable methods are potentially years away from becoming commonplace.

Interestingly, at Stockholm Central Station5, the building has heat exchangers built into its infrastructure to use the body heat from commuters in order to heat water for nearby office buildings. This approach can, and possibly will, be used in other countries, however, it is still establishing its foothold in the energy sector. Harvesting heat in this fashion is most viable in colder climates where it is cost-efficient to construct channels for heat transfer. This idea was also used in Paris, where heat from bodies in a metro station was transferred through a heat exchanger to provide warmth to nearby apartment buildings. Harvesting heat on a large scale is also easier than on a personal scale; the technology for personal heat powered devices is unreliable at this stage, and there is hesitancy from manufacturers due to the technology’s infancy.

‘Human-Batteries’ are the future, it is just down to testing and research into the restrictions which manufacturers will face. There are concerning limitations in terms of the flexibility of the devices, the capability of harvesting body heat, limited temperature differences and the corresponding limited voltage output from current technology. Due to the abundant availability of body heat, human power could be a low-density renewable energy with huge prospects for upscaling and generation. Recent advances in nanotechnology and manipulation of material structures are addressing some of the key issues associated with personal scale body heat powered devices, which could ultimately open lots of doors to the future of technology. The concept is there, the potential is huge and the technology is developing, but what do you think? The power is in your hands.

This article was specialist edited by Richard Clubbe and copy edited by Barry Robertson.

Brogan Gauld is an undergraduate student, studying Mechanical Engineering at the University of Glasgow.