You may have already read that the Earth’s magnetic fields are going to flip. Depending on which news source you received this information, you may have also heard that this will cause a global apocalypse, worldwide telecommunications failures and millions of deaths. Well don’t worry, these are pretty exaggerated claims, so there’s no need to build bunkers quite yet. Regardless, the idea does bring up some interesting questions as to what the consequences of the flip will bring.

Let’s start from the beginning: where does the Earth’s magnetic field come from? The field exists because of some pretty fundamental physics. According to Ampere’s law, a current flowing through a conductor creates a circular magnetic field around the conductor. The Earth has current flowing beneath its surface because the outer core of the Earth contains flowing liquid Iron, a very conductive material. Consequently, as enforced by Ampere’s law, a magnetic field is created around the Earth. This concept is pictured in figure 1. 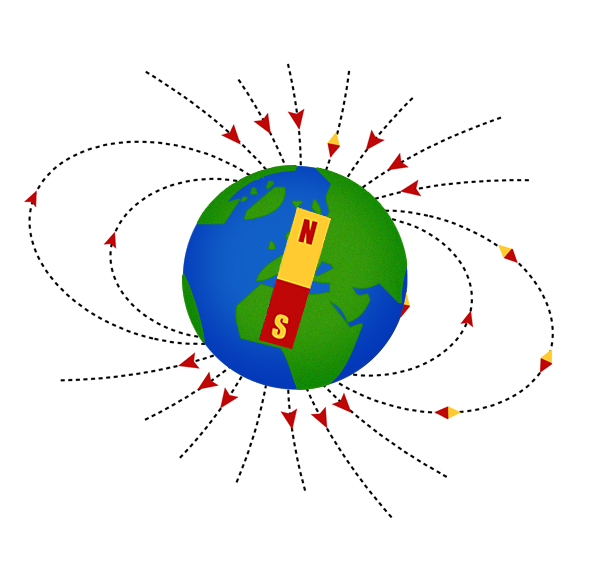 During a flip, the Earth’s magnetic field gradually weakens to zero, and then builds up in the opposite direction. Why does this happen? The short answer is, we don’t know exactly, but a leading hypothesis is that it’s due to a change in the direction of flow of the liquid iron within the Earth’s outer core – unfortunately, scientists don’t know what causes this change to occur. There is no pattern to how often the flips happen, so this provides no clue as to the reason – although, we may gain a greater understanding the next time it happens. The Earth’s magnetic field is currently weakening 10 times faster than expected, which suggests another flip may already be underway1.

So what will be the consequences of the flip? Well, the magnetic field protects us from the sun by deflecting the sun’s energy around the Earth. An artist’s illustration of this is depicted in figure 2. When the field weakens to zero we will no longer be protected. However, the results will not be catastrophic. Studies of fossil records do not reveal any mass extinctions which coincide with any previous reversals. 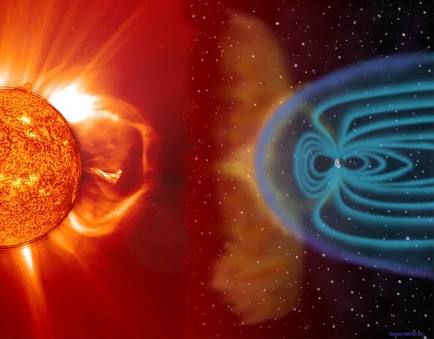 Evasion of mass extinction noted, there is still one thing we may need to consider: the effect on our modern power grids and telecommunications systems. We can get an idea of what may happen from the 1989 Quebec Blackout, when an extremely powerful solar flare caused interference with radio signals, power cuts across the world and a complete blackout in Quebec, Canada which lasted 12 hours2. In space, some satellites completely lost control for several hours! If, when the Earth’s magnetic field weakens to zero, Earth is left vulnerable to these sorts of solar energies again, our satellites would be vulnerable. Damage to the satellites would cause disruption to our phone signals, GPS navigation, and TV broadcasting. But, this shouldn’t cause panic. In the case of the Quebec Blackout, the satellites returned to normal as suddenly as they went down.

Scientists suspect a flip may already be underway, but the flips happen very slowly – lasting between hundreds and hundreds of thousands of years – so we have plenty of time to prepare!

Hollie Wright is a physics graduate from St Andrews University. She is now studying for an EngD in Applied Photonics.