Neglected Diseases: Is the Plague Coming Back?

The plague. This seemingly ancient disease evokes an uneasy feeling; thinking of the pest doctors who roamed the lands and the unbelievable number of people who fell victim to this horrible infectious disease. Contrary to what many of us believe, this disease never vanished from the earth and is often feared to be a possible biological weapon. After being off our radar for hundreds of years, human infections actually started to increase from the 1990’s. Yersinia pestis is the plague-causing bacterium, who has been lurking in animals (such as rodents) for centuries and is transmitted to humans by the bite of infected fleas. It is one of the rare infectious diseases that are well known among the public, particularly since recent cases in Madagascar and in Yellowstone (USA) in 2014/2015. 1, 2

However, there are many more diseases that are not often spoken about. A special category consists of neglected tropical diseases (NTDs), which are common in tropical or subtropical countries. Forgetting about these kinds of diseases can be fatal, as seen in the sudden uprising of the Ebola virus, which – according to the Centres for Disease Control and Prevention (CDC) – caused over 11,300 deaths from the start of the outbreak in 2014 until today. In fact they are named as one of today’s greatest global health concern. 3

While cases such as Ebola come to sad fame worldwide, many neglected diseases rarely cause headlines. So what hides behind names like Trypanosomiasis, Buruli ulcer or Dengue?

Parasites cause some of the most challenging infections we have to deal with. Human African Trypanosomiasis, widely known as African sleeping sickness, is one of them.

According to the CDC, the yearly number of reported cases is estimated to be around 7,000-10,000 and without treatment this disease is ultimately deadly. The disease-causing parasite Trypanosoma brucei hijacks a ‘middleman’ in order to be transported between humans – the tsetse fly, which is barely distinguishable from a common housefly (Figure 1). Not only humans, but animals such as cattle can also be infected, which has an strong impact on farming. In scientific terms, this fly is called a ‘vector’ and gives these kind of diseases the name “vector-borne diseases”.

The parasite moves to the brain of the infected human and without immediate action this infection will lead to a coma and eventual death, which is where the unusual name of the disease comes from. Although mainly present in Africa, it is likely that due to increased travel and trade, cases of African sleeping sickness will increasingly have to be treated in European hospitals, which shows this disease is far from being irrelevant. An important task is the development of new drugs as current available aggressive medication can have serious side effects and is in some cases deadly for the patient. 4 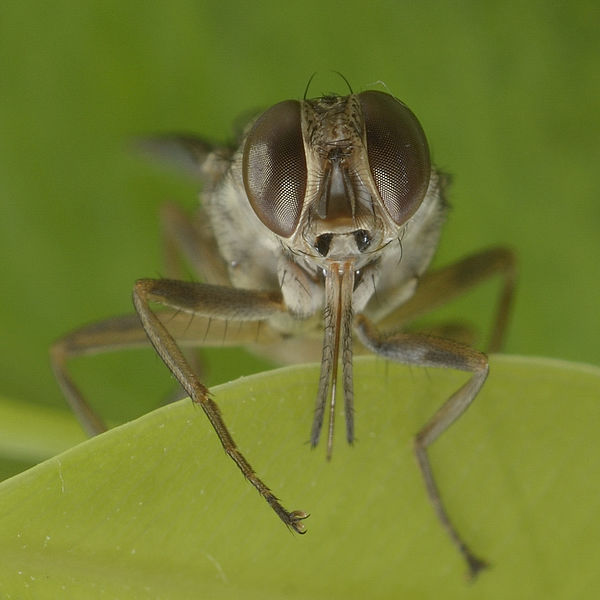 Some diseases caused by bacteria, such as Trachoma and Buruli ulcer, are mostly a minor concern for people in Europe. However, they cause financial and personal misery in affected countries around the world. Many of these neglected diseases don’t cause many deaths, but lead to a lot of preventable suffering of the patient.

In the case of Trachoma, caused by the bacterium Chlamydia trachomatis, the repeated infection with this bacterium causes strong inflammation of the eyelids, which can result in scarring and blindness of the patient. As the damage caused never heals completely the person is often left permanently blind. This is especially dramatic as children are at the highest risk of this preventable blindness. It is estimated by the World Health Organisation (WHO) that about six million people have suffered blindness due to this infection.
5

Buruli ulcer, another disease caused by bacteria, has no available vaccine and the main strategy to control it is early detection and fast treatment. This, however, remains difficult as the symptoms start as seemingly harmless, painless lesions on the skin. This chronic infection with Mycobacterium ulcerans can lead to lifelong disabilities. Once again, children are at the highest risk of infection. Contrary to Trachoma, it is not known how people get infected. Therefore, treatment is mostly limited to surgery and aggressive antibiotics treatment for up to 7.5 months. With proper use of antibiotics, the healing rate increases dramatically. 6

Dengue and Chikungunya
Viral infections are often among the most feared diseases. Dengue and Chikungunya fever are examples of virus-caused NTDs and, like Trypanosoma brucei, they are transferred with the help of a tiny insect. In this case the Aedes mosquitos, more specifically Aedes aegypti. This mosquito achieved an especially sad famosity over the last few months as the vector for the, now infamous, Zika virus.

Dengue fever, however, is estimated to be the most important viral vector-borne disease with around 100 million new cases every year. This enormous number is because this disease is widespread in subtropical and tropical areas worldwide (Figure 2). It could even spread further because of another vector: Aedes albopictus. This second vector is able to transport the virus to new areas, also in Europe. Additionally, environmental changes such as climate change and human impact on nature might have an important influence.

Most people infected with Dengue experience flu-like symptoms that can have deadly outcomes and, like in other vector-borne diseases, current treatment and prevention involves mostly prevention of mosquito bites in addition to educating people in affected areas about the dangers of the disease and how to prevent them. 7

Overall, these examples of neglected diseases show that there are many more foes than malaria, HIV/AIDS and tuberculosis out there. Their impact is often high in poor and remote areas, which makes them hard to control and prevent. All together it is important that we become more aware that many of these neglected diseases have great potential to become a threat all over the world, and we should support attempts to establish vaccines against diseases like the plague forward. 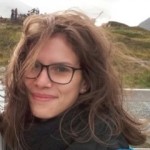 Ines is an MSc Infection Biology student at the University of Glasgow with a background in Life Science. After her undergraduate studies in Germany she moved to Glasgow in order to focus on research about bacterial infections.