Imagine sitting in front of the TV watching your favourite programme. You are immersed in the sounds and colours that come from the little box while having your daily dose of chocolate. When the show is over, you take a look at the couch only to find that it is covered in hair. But you don’t have a pet – that hair is your own, and you just pulled it out. People living with trichotillomania don’t have to imagine that scenario; for them, resisting the urge to pull out their hair is a daily struggle.

You may have heard your grandmother exclaim ‘I’m tearing my hair out!’ when she was worried about something, but hair-pulling disorder, or trichotillomania, is a real obsessive-compulsive related disorder in which people pull out their own hair. In many cases, it causes noticeable hair loss to their scalp and other body areas. It is a body-focused repetitive behaviour that resembles a habit, or an addiction. Trichotillomania is often characterised by the increasing sense of tension immediately before “pulling” and when trying to resist the urge to pull. However, some people pull without experiencing tension. Pulling results in pleasure, gratification, and relief, a sensation that hair-pullers crave to experience 1. Although it is usually confined to one or two sites, common areas involve the scalp, eyelashes, eyebrows, legs, arms, and the pubic area.

There are two types of pulling: focused and automatic. Focused pulling is usually related to experiencing negative feelings, while automatic pulling occurs unconsciously. People who pull out their hair might do that one hair at a time, which can take up hours of their day and can interfere with their daily tasks. In many cases, the disorder goes undiagnosed and it is difficult to estimate how many people suffer from it. Studies show that the lifetime prevalence is between 0.6% and 4.0% of the overall population 2.

Trichotillomania can be diagnosed in a wide variety of age groups with the typical onset of the disorder being in early adolescence (9-13 years) 3. However, onset has been known to occur in babies. Although scientists are not entirely convinced what causes people to pull out their hair, research shows that genetics might play a role. Glutamatergic dysfunction has been suggested in obsessive-compulsive disorder, which has close neurobiological links to trichotillomania. Glutamate is the brain’s main excitatory neurotransmitter, and glutamate receptors take part in neural communication, memory formation, learning, and regulation. It has been linked to hair-pulling disorder because N-acetylcysteine (an amino acid which restores glutamate concentration) shows a reduction in hair-pulling symptoms 5. Since this gray matter loss includes regions of the brain which are involved in emotions, decisions making and self-control, people with trichotillomania find it difficult to stop pulling out their hair. Environmental and personality factors further contribute to the development and maintenance of trichotillomania, since the disorder is frequently associated with anxiety.

Apart from medical complications including infections and permanent loss of hair, trichotillomania has an emotional and psychological toll on those who suffer from it. In a study where participants were asked to read short paragraphs describing people with trichotillomania, people experiencing loss of hair due to other medical conditions, and healthy people, the results showed that the social perception of those with hair-pulling disorder was more negative compared to the other groups 6. The same results were found when high school students viewed videos of people displaying trichotillomania symptoms while being at a job interview 7. Shame is one of the reasons why the majority of people with trichotillomania choose to hide their condition. They go to great lengths to do so by wearing wigs or hats, and using make-up tricks like false eyelashes and heavy eyeliner on a daily basis. People who suffer from hair-pulling disorder feel extreme guilt and embarrassment, and often try to avoid social situations where their hair loss can be exposed e.g. swimming, intimate encounters. The disorder can impact not only how sufferers live their lives but also their relationships with everyone around them, including family and close friends. 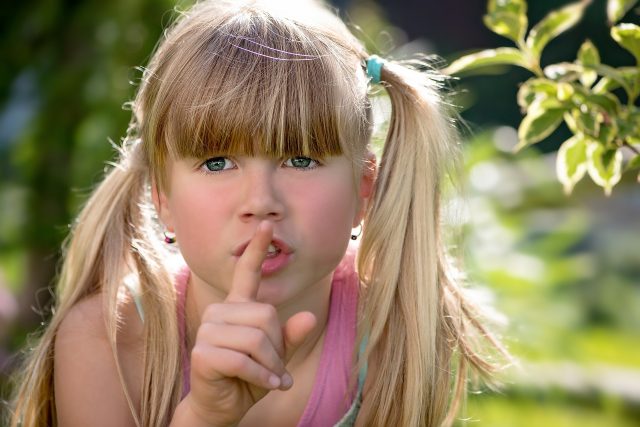 Despite the efforts of clinicians, trichotillomania is difficult to treat and interventions that produce results on a large scale are still being developed. A method which has had a reasonable level of success is habit-reversal training, in which patients are trained to recognise their hair-pulling impulses and to focus them on something else. In some cases people with trichotillomania can go on weeks, months or even years without any hair-pulling episodes. Such remission periods would allow their hair to grow back to its normal length. However, relapse is an issue for people with trichotillomania and as such, the condition is never “cured” – only controlled. Many “trichsters” have accepted their condition, and have learned to live happy, meaningful lives in spite of their trichotillomania.

Hair-pulling disorder was only recognised as a mental health condition in the Diagnostic and Statistical Manual less than 30 years ago and science still has a long way to go if we want to understand it. It affects millions of people; people who feel isolated and ashamed when they do not have to. Organisations like The Trichotillomania Learning Centre (USA) provide support to people with hair-pulling disorder, and raise awareness about the struggles faced by those affected by it. Every year, they host an international conference in the USA, during which hundreds of trichsters, families, clinicians, and researchers gather to share resources, and most importantly, their experiences. Despite the lack of a large support body in the UK, research on body focused repetitive disorders is under way by Judith Stevenson at The University of Glasgow, bringing us ever closer to finding relief for trichsters around the world.

This article was specialist edited by Yulia Revina and copy edit by Rebecca Baird.