City dwellers, urbanites, townsfolk: there are many names for those of us who love our sky-rises, 24-hour fast foods and perpetual lighting. Interestingly, taking advantage of all cities have to offer isn’t just a human pastime. Sometimes they can be a little tricky to spot, but make no mistake, we share our sprawling metropolises with a stunning array of species that have also learned to love the high life. Birds, foxes, rabbits and even deer are well-known for their forays into the big city, enticed by food scraps, park habitats and a lack of predators. As these urban areas expand further, we might expect that even more species will learn to adapt to this landscape and colonise it.

One of the biggest success stories in the UK is the peregrine falcon 1. Though peregrines were mostly lost from urban centres and suffered from declining numbers in the sixties, there are now around 1,500 breeding pairs across the UK. 24 of these live in London, but they can be found in many cities including Manchester, Leeds, Birmingham, Sheffield and Glasgow. They live on a diet of city pigeons and roost high up in towers that emulate their usual clifftop homes. It isn’t just a phenomenon local to the British Isles either; wildlife sightings in cities range from wild boars in Berlin to coyotes in Los Angeles to leopards in Mumbai 2.

The usual suspects for city invasion come in the form of medium-sized carnivores like red foxes, coyotes, badgers and raccoons. Unlike some carnivore species that have tended to draw away from human society into the vestiges of their remaining habitats, these species well and truly call the city their home. There is evidence to suggest that they have not only changed their habitat, but their social behaviours and foraging strategies too 3. For example, foxes in cities often live in much smaller territories at much higher densities, forcing them to be more social than rural foxes. Overall, animals that have adapted to urban settings seem to do much better than their rural counterparts; city-dwelling raccoons have increased survival and better reproduction rates. It is thought that these animals’ medium size gives them the edge when it comes to living in such fragmented landscapes and their tendency to be flexible with regards to their diet helps to secure year round food sources. These species are of interest because in an era of ever expanding urbanisation, they may provide an insight into what traits make an animal adaptable to fragmented environments and how we can help them continue to flourish. 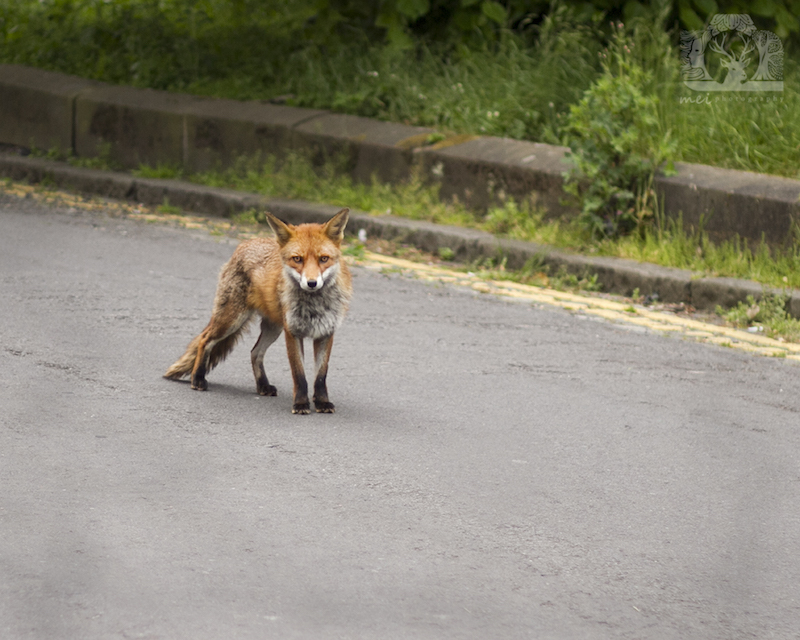 Of course, as with anything that brings humans and animals closer together, there is always conflict. Invading species like foxes and deer provide a nice reminder of the nature that used to thrive in these parts. However, some are worried that such droves of animals throughout cities may quickly become a pest and nuisance if left unchecked. The population of feral pigeons in London is now so large that tame Harris hawks are employed to keep numbers down. Equally, the risk of disease spread from animals to humans may increase as we are brought into closer proximity. For example, foxes are well-known for harbouring parasites, some of which can be passed onto humans or domestic pets, usually through contact with fox faeces. Cases in humans are still very low, but could be on the rise with the increasing size of fox populations throughout urban landscapes. It isn’t just native species that are a worry either; some exotic species brought in from overseas for the pet-trade or through accidental transport have also found ways to make new homes out of our cityscapes.

A well-known coloniser of the British Isles is the grey squirrel. They arrived from North America in the 19th century and have been so successful since that they have almost replaced the native red squirrel. More unusual stories include a boom of terrapins (which survive for 60 years or more) that were abandoned or escaped after the Teenage Mutant Ninja Turtle craze of the 1990s. Many parents bought their children these pets without realising that they would grow from tiny turtles to the size of dinner plates and have a complicated set of dietary and housing requirements. Unable to cope, many were abandoned in public ponds and have since wreaked havoc on the native wildlife. The increasing number of abandoned exotic pets even prompted the RSPCA to issue a warning ahead of the new Ninja Turtle movie released last year 4.

Despite all of this, I am a firm believer that this apparent boom in urban wildlife is something that should be celebrated, particularly given that so much of our activities these days tend to be destructive to natural habitats. It is unclear what exactly brought back wildlife to our towns and cities, but a combination of less pesticide use in gardens and the good work of local councils promoting the conservation of green spaces could be a factor. It is likely that wildlife attracted to city life will only increase as urban ranges expand, particularly for the carnivores. You only have to look at your dog or cat to see that we already have many ties with this family of creatures and so, it doesn’t seem impossible that we could learn to live harmoniously alongside such invaders.

So, by now you may be wondering what wildlife can you expect to find around Glasgow and (hopefully) excited by the prospect of spotting them for yourselves. You may already have seen badgers and foxes who tend to loiter around for food scraps, but if you wake up early enough you might even see wild roe deer in greener spaces or kingfishers along riverbanks. We also host a range of interesting birds, bugs and bats that can all be spotted with a bit of time and patience.

If all of this has well and truly piqued your interest, then it is worth bearing in mind that your amateur wildlife spotting could contribute towards our scientific understanding of British wildlife. Each year, people all across the country participate in various citizen science surveys to track changes in our most loved species. For example, if you see a bat while you happen to be out on an early-evening stroll, you can log your sighting on the Big Bat Map website 5. If you are extremely lucky and spot an otter around town, then you can log a sighting at Otter Watch 6. Alternatively, if mammals don’t get you buzzing, then you can help Buglife record sightings for their UK bug map 7. The fun doesn’t just end there though; with the era of smartphones we have upon us, it becomes even easier to contribute your magical nature moments to the greater scientific good. All manner of apps now exist to record pictures and videos of Great British wildlife and upload them to relevant online databases. Whatever your interest, there will be a survey out there for you!

With that I am hoping to leave you with a newfound sense of appreciation for these creatures that are willing to brave new worlds and make the most of ever-changing habitats. So as you go about your everyday lives in and around Glasgow, remember: it’s a jungle out there!