Chernobyl: How is it Affecting the Animals?

April 2016 will mark 30 years since the terrible Chernobyl disaster, which is still the largest nuclear disaster to date. After the disaster, a 30 km ‘exclusion zone’ was set up around the immediate area where the incident occurred, forcing many local people to relocate. Numerous different animal species have returned to the exclusion area, and research is being carried out to determine the activity of animals 1. There are several important questions that need to be answered by the research. Firstly, what radiation levels are these animals being exposed to in the exclusion area? Secondly, is it possible that this area could become a safe habitat for humans again? 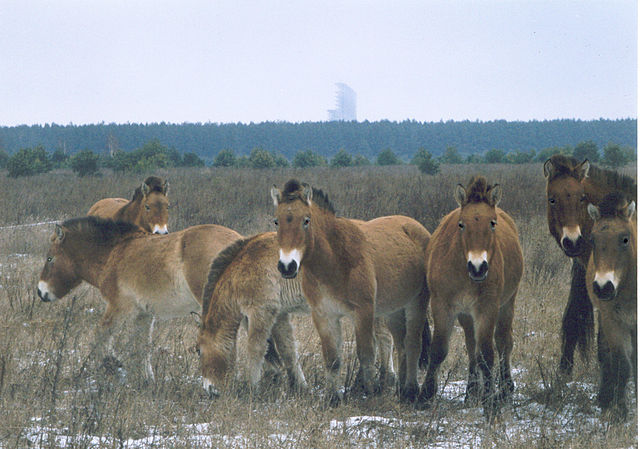 Images taken in October 2014 by Sergey Gashchak were the first to show that the brown bear had returned to the exclusion zone 2. Research being carried will build on this fact, with 84 remote cameras for monitoring the animal’s movements throughout the 30km radius of the exclusion zone. Images will be collected between January and October 2015 and act as part of a 5 year project that is being carried out by researchers from the University of Salford, led by Dr Wood, in collaboration with Sergey Gashchak. The images collected during this period will be used to form a database detailing the current scope of animals living in this area. A decision will then be made as to which animal is most suitable to assist monitoring of radiation levels via an attached collar. The ideal choice of animal for this would be one that covers large areas to show if the radiation levels in the environment vary in differing parts of the exclusion zone. Animals that have so far been observed in the exclusion zone include foxes, horses and badgers to name a few.

This research could potentially provide more information about the lasting effects of a nuclear disaster on the environment and ecosystem and their subsequent recovery. The research may be able to address if the animals in this area are being affected by the levels of radiation they are exposed to on a daily basis. But ultimately the biggest question to answer is will the area be safe for humans to occupy again in the near future?

Claire Pickering is a 1st year PhD student looking at bacterial identification using spectroscopy in the department of Pure and Applied Chemistry at the University of Strathclyde. She is interested in music, films and of course all things science!