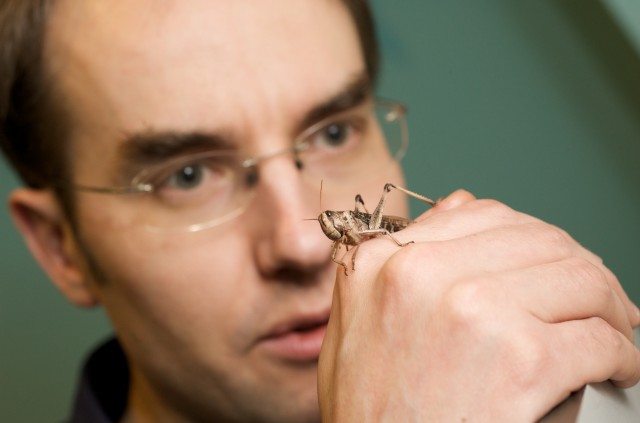 Dr. James Windmill, a senior lecturer at the University of Strathclyde

One of the first things that I saw at the University of Strathclyde’s Centre for Ultrasonic Engineering (CUE) was a small collection of locusts, not exactly what I was expecting. CUE has a range of different specialities, from biomedical engineering to underwater sonar, but I was there to understand a new project focussed on improving microphones, by understanding insects. Better microphones will have many different applications. For example, mobile phones often have several microphones (the iPhone 5 has three), and so reducing the number of microphones can make a substantial cost saving, especially when considering that over a billion phones were manufactured last year. Another example is for military applications. If you have microphones on a helmet, can you tell from the sound of a bullet the direction from which it was fired?

For the researchers on this project, insects play a crucial role in understanding how to design better microphones, as Dr. Windmill explained when we sat down for interview.

Hi Dr. James Windmill. You’ve recently been awarded an ERC grant called Soft and Small: Acoustic Transducers Inspired by Nature (SASATIN), can you tell us a bit about the project?

This project is a combination of biology and engineering. We are going to look at how insects hear, to see what we can learn and use for for practical applications such as building new microphones.

Sounds excellent. How exactly do you use insects? Do you have them in the lab?

Yes! We have live insects in the lab. We primarily look at the biomechanics of how their ears work. We want to see how insect ears move when we play sound at different frequencies and amplitudes, and how the structure actually functions. Once we understand this we can design new microphones with new properties and functionalities, based on what we see with the insects. 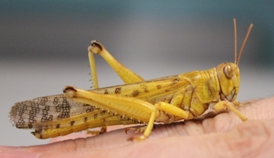 Do insects hear similarly to humans or is there a variety?

There is a massive variety. Different people quote different numbers, but one which is often used is that insects have evolved [the sense of] hearing 19 different independent times within the different families of insects. This is partly due to the fact that different insects use hearing in different ways, for example male-female courting or hearing when predators are nearby.

What insects are you looking at in the lab?

We try to look at a variety, but unfortunately because we are in Scotland there aren’t that many that we can just go out and catch in the wild. So we tend to use locusts, which most people think of as coming from Africa, but fortunately locusts are used in many schools and also as food for pet lizards, which means that you can get hold of them very easily. We also look at mosquitos, which are used by tropical medicine institutes in the UK and we can also get hold of moths. We do also occasionally import insects, for example we once had New Zealand weta [large insects that are similar to crickets].

What’s the process between having an insect in the lab and making a microphone?

There are a few different parts to it. The first is microscopy, which means trying to understand what the structure looks like. To do that we will use a 3D X-ray CT, which gives us a 3D image of the ear, including the eardrum, all of the air cavities behind it, and the different structures holding it together. The second part is to find out when we have sound, how the ear structure moves. For that we use a laser vibrometer. We actually have one of the first 3D microscope laser vibrometers in the world [the MSA-100-3D Micro System Analyzer]. This allows us to look at very small structures, such as insect ears, and allows us to see how they move in all three dimensions when sound hits them. Once we have those experimental results, we will then look at computer modelling to analyse and understand what’s happening. At this stage we know how the insect ear is moving, but we are trying to find out why it is moving that way. Taking all of that information, we can then have ideas and inspiration for new microphones. 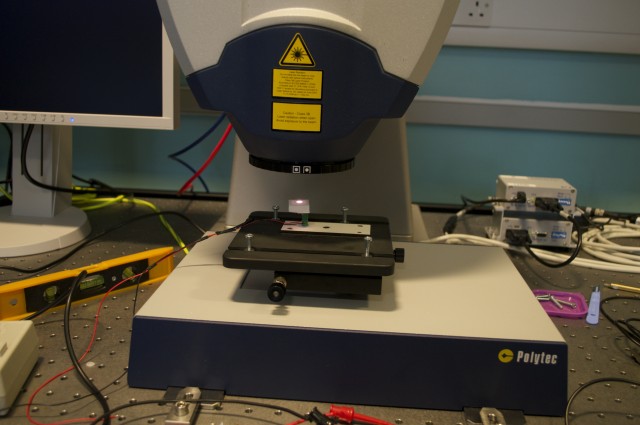 What is it that you are trying to improve with these microphones? Is it just sound quality or something more subtle?

There are several different subtleties and one that is often looked at is directionality. There are some particular insects that are very good at picking up the direction of sound, even though the distance between their ear membranes is far smaller than the wavelength of the sound. Humans have their ears a certain distance apart so that you can tell where a sound has come from. This works because the sound arrives at each ear, at different times, and at different amplitudes. For insects, they are very small and often have to find other clever mechanical ways to do that.

What are you hoping to achieve from the project?

The first major achievement will be to get an insect ear and measure how it moves in three dimensions, as this has never been done before anywhere in the world. I would then like to see how this interacts with the computer models.

The SASATIN project started in February of this year and will run for 5 years. 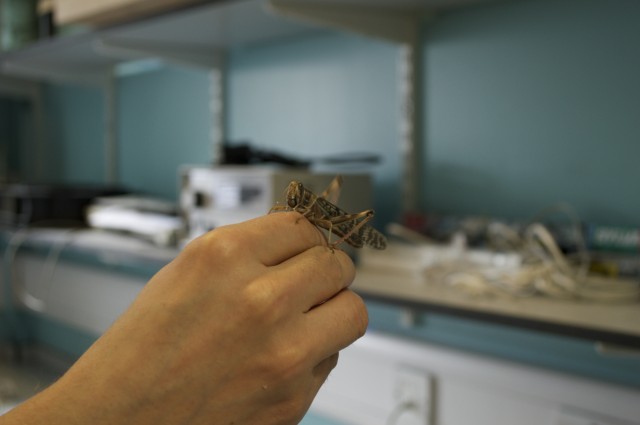 This interview was conducted for the Explorathon 2014 magazine: www.explorathon.co.uk