It looks so innocuous but inspires so much rage
Image Credit: Craig McInnes

Craig McInnes dissects Energy Armor™, with a contribution from Scott McKellar. They try keeping a straight face when they talk about yet another pseudo-scientific craze that’s hitting the nation.

I almost choked. I actually (not actually) almost died from a lethal overdose of cynicism, disbelief and self-righteousness. My brother-in-law recently informed me that he paid £20 for a new ‘invention’ that can (maybe) enhance one’s fitness, flexibility, agility and balance. “What is this magical invention?” I hear you ask. The answer dear reader, is Energy Armor 1.

Sounds pretty impressive, huh? Well no – it is just placebo-infused silicone in the shape of a wristband. Volcanic placebo at that. But that’s not stopped it from being sold, unregulated and under a pseudo-scientific haze of gibberish, to the ill-informed and the gullible like my unfortunate brother-in-law. Oh wait, did I mention that the wristband has a hologram on there too? If there’s one thing worse than pseudo-science, it’s pseudo-science with shiny on it.

The proliferation of US-based Energy Armor is mainly a result of a stupid-clever marketing campaign – one where its cringe-inducing awfulness is almost matched by its bravado. Think of the Iggy Pop insurance adverts and you’re on the right lines. The Energy Armor website is full of science words. Old favourites like ‘ion’ and ‘serotonin’ are there, but they’re in sentences such as, “Negative ions are believed to produce biochemical reactions that increase levels of the mood chemical serotonin, helping to alleviate depression, relieve stress and boost our daytime energy”. So subtly phrased is this unsubstantiated assertion that I’ll call it a McKeithism, in a tribute to everyone’s favourite home-grown, poo-sifting television personality, Gillian.

The dishonest exploitation of the misinformed notwithstanding, the sale of Energy Armor is ridiculous for a few reasons. 1) The claims of the ‘inventors’. 2) How it’s sold. 3) The fact that a lot of people really just don’t seem to give a damn. Let’s face it, tat has been sold to morons since tat and morons were invented. But the fact that the makers of Energy Armor make quasi-medical claims in particular compounds the ghastliness of the product.

The inventors have taken volcanic ash, which is apparently high in negative ions, and infused it with medical-grade silicone because “scientists have studied negative ions and their effect on human health for more than 100 years”. The discerning eye of the GIST reader will, I am sure, have noticed the conspicuous absence of a qualifying statement here, but let’s roll with it.

First of all, ions are charged atoms or molecules – either positive or negative – that exist as a charge-balanced ion pair. Now, according to Energy Armor, exposure to negative ions helps improve one’s ‘energy field’. So far, so questionable. But wait – we already know what happens when we are exposed to a negative charge: have you ever used a Van der Graaf generator? If only Energy Armor worked in the same way, static hair would give the consumer the deservedly laughable look that their investment warrants.
So, do you want to know about this ‘energy field’ everyone has? Yeah, me too. Here’s everything you need to know – it doesn’t exist. OK so, what about all the painstaking research that’s been carried out to prove the efficacy of this miracle of science? Oh, there’s nothing in a peer reviewed journal to support these claims? So what’s scientific about it? Ah, I see: nothing.

From this writer’s point of view it seems that the only legitimate use of negative ions in a medical product (excluding drugs) has been in air purifiers. Here, a static charge forces dust particles to clump together making them fall to the ground – but let’s be clear, this is to help allergy sufferers. It doesn’t make the audacious promise of serenity or biomechanical enhancement. Moreover, it requires a high voltage to produce its ionic charge. I wonder, what is the voltage of volcanic ash?

Why do people buy this?

I’ve been lucky enough to watch the Energy Armor sales pitch on several occasions, and they always comprise an eye-catching stall (a glorified vending machine with an integrated flat-screen TV) and an “expert” who can do an “experiment” (a trick, to use the technical terminology) to wow the crowd. Capitalise on the fact that people like wristbands and job done. Seriously, that’s it. That’s all you need to peddle stupidity in a wristband to the unquestioning masses. The experiment may look convincing to some but it’s nothing more than the placebo effect in all its glory. If you happen to see this, I openly encourage you to stop and laugh.

Of course, your local shopping centre or friendly sports shop isn’t the only place where you can buy Energy Armor. After all, if any self-respecting, placebo-peddling scam of a company wants to look credible, they really need a website where they can explain the product to the curious masses. Again, with credibility in mind, it might be helpful to have testimonials of some satisfied customers. Let’s take the first example from the webpage and see if it alleviates our scientific concerns.

“As a conservative Family Physician, I try to balance scientific objectivity with an open mind. As an athlete, one is always looking for ways to improve performance. For this reason, I purchased an Energy Armor Wristband several months ago figuring ‘hey, it can’t hurt to try’. Well, ever since I started wearing the band my tournament performance has significantly improved as measured by round ratings over the last three tournaments. Is it coincidence or the EA Wristband? Frankly, I really don’t care… but I’m going to keep wearing the wristband just in case. Charlie B., MD, FAAFP”

Wow! Charlie B the family physician, if he even exists, really does have an open mind. So open that he doesn’t care if he’s being exploited or not. Take that, scientific objectivity! It’s also comforting that Charlie feels the need to tell us he is conservative, lest we forget that American conservatism is a stronghold of rationality and scientific reasoning (just think of global warming or evolution). 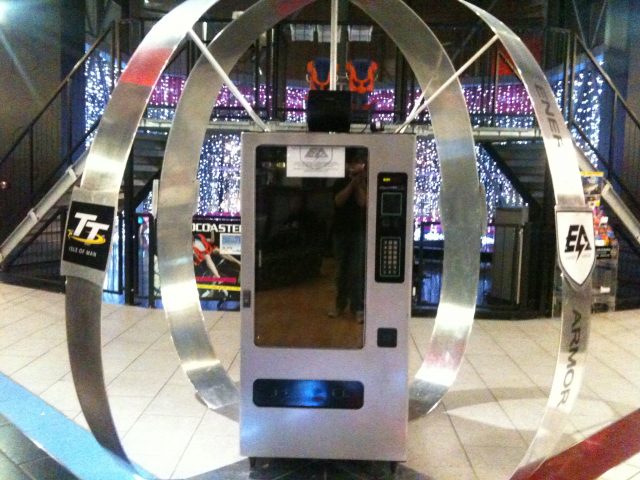 So why do some people not care?

Anyone who has invested their time and money into a product or endeavour doesn’t want to feel like it has been a giant waste of time. By doing so they often tend to perpetuate the myth and before you know it, your brother-in-law and all his friends are wearing Energy Armor. Non-scientists often don’t have the inclination or the know-how to question the science they hear or read, and all too often it feels like science is exclusively the realm of the geek.

But it doesn’t need to be like that. Science is just an extension of common sense. Question and test what you are hearing. Think it through. Don’t buy a bracelet that claims to help your balance. I mean, if nothing else, surely you would need one on each wrist?

P.S Some people do care – there is now a class action lawsuit against the analogous Power Balance™ wristbands.