Vivisection: Are We Doing Enough for the Animals Who Give So Much?

Vivisection, surgery on live animals for scientific research, is one of those awkward topics that will divide friends at a dinner party. It will prompt passionate individuals to photocopy strongly worded flyers to hand out on university campuses, city centres and beyond. It will, understandably, always be a contentious topic for the simple fact that it involves a creature unable to provide consent being harmed in the name of human progress. However, within the medical sciences this progress has been monumental. By using animals in the laboratory, researchers have learned more about conditions such as cancer, Alzheimer’s, and heart disease than could ever be possible using alternative methods.

The advantages of using animals to uncover information about health and disease has been apparent to humans throughout history. Galen, a prominent physician in 2nd century Rome, tinkered with animals and extrapolated his anatomical findings to humans (much to the peril of his patients). Vivisection continued with gusto into the 20th and 21st century, and in this time scientists have achieved such heights as the development of the polio vaccine and the discovery of insulin treatment as a means of managing diabetes. Of course, the further back we go into the history of vivisection, the cruder the experiments and lower the regard for the animal’s wellbeing. With time, awareness has grown amongst the scientific community and legislation protecting the welfare of research animals has been implemented. In the UK, this is the Animals (Scientific Procedures) Act 1986, which was preceded by the Cruelty to Animals Act 1876. The earlier legislation specified that scientists obtain a licence to practice and ensured regular, unannounced inspection of labs to prevent animal abuse. The 1986 Act maintains the earlier protocol and also closely regulates the experimentation that can be carried out. This ensures the least harm possible comes to the animal, and that any suffering is absolutely necessary to the aim of the research, which must be seen as justified by the Home Office and ethics board. With all the rigmarole of gaining licenses and undergoing continuous assessment by a governing body, you might think that scientists treat their test animals like royalty, going above and beyond to provide them with comfort until the time comes to inflict harm necessary for their research. This is not strictly true — suspicions are now being raised that many scientists are just doing the bare minimum (perhaps for a variety of reasons; cost, time constraints or ignorance), and pressure is being mounted to give animals higher levels of environmental and psychological enrichment during their time in the lab.

Initially, the biggest and most obvious concern for welfare was addressed — pain. “One hundred percent of the time, pain is a construct of the brain”. Clinical scientist Lorimer Moseley, in his (albeit curt and simplistic) quote, makes a good point. Pain is a perception, and it takes a certain level of neuroanatomy to ‘feel’ it. This begs the question that pain may not be experienced equally among species with differing central nervous systems. This assumption has influenced decisions in selecting the types of animals to carry out certain painful techniques on. Documented early animal experiments imply that often scientists would inflict greater pain upon ‘lower’ animals such as mice and fish, treating animals of greater intelligence and cultural status (for example, valued breeds of dog) with more empathy. In time, it became mandatory for on-site veterinary care to be available and for painkilling interventions to be used where possible as part of the 1986 legislation in reducing suffering. It also became compulsory for researchers to strive for alternatives to painful procedures, such as with the use of computer simulations or tissue cultures. 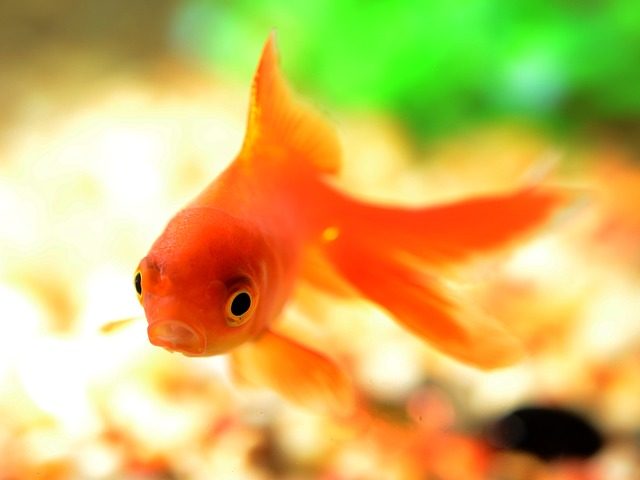 “Fish are often subjected to interventions which would be considered ‘severe’ on the pain scale. While this might seem ruthless, there is much debate as to whether fish are able to perceive pain (as we know it) at all.” Credit: Endlesswatts via pixabay.

Of course, not being in unnecessary and agonising pain is hardly ‘the good life’. Following the issue of pain in research coming to light, concern also grew for the psychological welfare of laboratory animals. Current regulations on suffering were updated, requiring scientists to take additional measures such as exercising mammalian animals regularly and actively monitoring animal stress levels. Enclosure sizes also came under scrutiny, with minimum sizes being enforced according to the size of the animal being housed. However, this is far from being a resolved issue, with the RSPCA (who work closely with vivisectionists in the UK) being far from happy. They have stated that many labs do “little to nothing” above the bare minimum in improving the standards of living for animals, meaning that while their conditions adhere to legislation, no effort is made to enhance their lived experience. They also found that often the difference between an acceptable and unacceptable size of cage is barely significant, so in many cases the tightened regulation makes little difference to welfare1. On top of cage size, there is also concern from animal welfare groups about what is inside the cage (apart from the animal, obviously). Several studies have shown that enriching an animal’s environment is imperative to its wellbeing, and this spans many species. One study found that the inclusion of ropes, wheels, ladders and wooden chew toys in the cage of lab rats improved their learning capabilities and drastically lowered their stress hormones2. This extends to animals of greater intelligence too, as shown by a study on shelter dogs, which found that providing the dogs with kennel mates improved their mental state and stress levels, as did the introduction of kennel furniture and classical music3. As over-the-top as some of these ideas may be, their benefits have been proven, so it may be worth considering the involvement of more novel stimuli in the environments of lab animals, even if this means asking for grant money to be extended to cover the costs of enrichment. Of course, discretion must be used… If you’re experimenting on a fruit fly, there’s little need to provide it with plastic toys and Beethoven’s Symphonies. 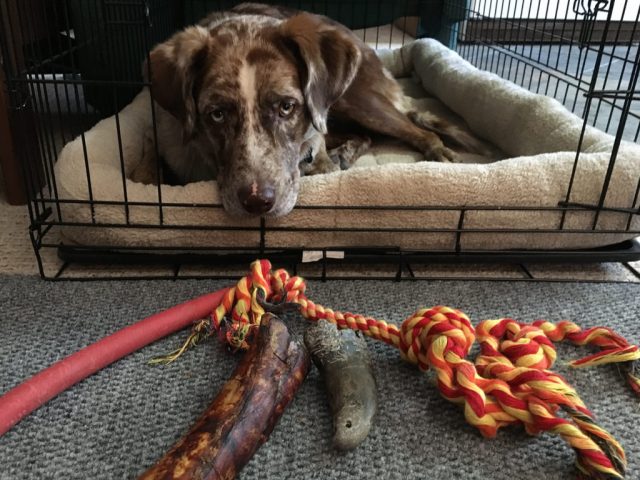 “Providing animals with regularly rotated toys of interesting colours and textures has been shown to deliver mental stimulation and reduce stress”. Credit: Alan Levine via flickr. This was found using an advanced Google search and the image is labelled for reuse with modification.

Another way to reduce stress in lab animals is through physical contact provided by humans. This is a method that has enjoyed little exploration by most researchers themselves, perhaps due to reluctance among many scientists to blur the sterile, professional relationship between themselves and their test subjects. This is understandable, as if they were to relate to the animals as though they were anything more than part of the experiment, it may prove upsetting to eventually harm them. As a compromise, technicians could be assigned the task of affectionate handling, letting scientists carry on blinkered. Prospective research is set to be carried out at the University of Glasgow, exploring the benefits of increased handling time with mice, assessed using behavioural tests and cortisol measurement (a hormone released during times of stress). If this yields positive results, it may encourage general protocol to change and ensure that laboratory animals receive more affection from researchers, optimising not only their physical health, but also their mental health, which is consistently shown to be of equal importance.

The number of animals used in vivisection doesn’t seem to be waning anytime soon (www.rspca.org.uk/adviceandwelfare/laboratory). However, this may not be due to more animals being used in individual projects, but rather due to more projects which require vivisection being undertaken, which appears probable 4. Animals give us something very unique in research, which currently cannot be emulated by alternative means, despite ongoing efforts to replace them. The availability of a whole-body system which is extremely genetically similar to humans gives us a complete picture of how diseases and drugs affect the body. We cannot (yet) simulate every biological eventuality, and it is imperative to know, for example, if a drug which has a positive effect on heart cells will destroy a liver cell. Regardless of your personal stance on animal testing, in your lifetime you have almost certainly received a medical treatment or intervention that would not have been available to you without pre-clinical vivisection. The involvement of animals in medical research is currently allowing us to make giant strides in understanding and curing diseases, so the very least we can do is make the animals who assist us as pain free, comfortable and sane as possible. Lab animals give us the opportunity to save and prolong human life, surely we can spare them a few plastic toys and an extra cuddle from time to time?

Louise is an Anatomy BSc graduate from the University of Glasgow with an interest in neuroscience and neuroanatomy. She works as a research assistant at the Queen Elizabeth University Hospital and hopes to pursue postgraduate study and an eventual research career in the field of stroke.