Predictive Genomics Is Still In Its Infancy

When the first human genome was sequenced in 2001, it was a pretty big deal. Scientists had been working for 13 years to identify around 3 billion base pairs of DNA. Moreover, they hoped that this information would shed light on the genetic causes of many diseases and eventually lead to novel treatments 1. As sequencing technology became cheaper and more accessible, the world witnessed the emergence of companies that promised to sequence genomes or parts of them on demand, in order to provide accurate predictions of disease risks. One such startup was Navigenics, one of the pioneers of personal genomics, which assessed the risk of common health conditions such as Alzheimer’s disease and certain types of cancer. California based 23andme offered an entire genetic analysis package for merely $99 and aimed to deliver information regarding ancestry, inherited conditions and possible congenital risk factors. Nearly 500,000 people paid this one-off fee, eager to have their future laid out before them. And why wouldn’t they? I know I’d like to find out if my four-Snickers-bars-a-day diet is more likely to kill me than my upstairs neighbour. Being aware of these susceptibilities might help one adapt their lifestyle or diet according to their special requirements and give them the much needed push towards a healthier life. 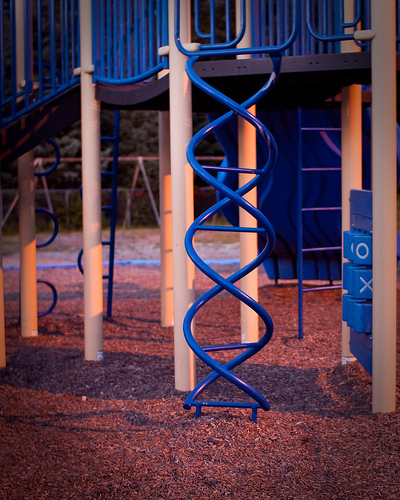 But it turns out some diseases are easier to predict than others and companies that capitalize on experimental scientific methods might not have the best interest of customers and science at heart. The findings might cause distress and determine people to undergo unnecessary surgeries or treatments if the limitations of the tests are not explicitly stated in the terms and conditions. Such was the case with the founders of 23andme, who ended up facing several lawsuits related to the scientific evidence supporting the diagnostics they had provided. In December 2013, the Food and Drug Administration issued an official letter to 23andme, urging the company to suspend its medically related services 2, and similar businesses have been shut down or been assimilated by larger corporations.

This shows that science cannot be rushed. Although this is an exciting and promising field, which may one day lead to personalized health care, the genetic background of diseases must be explored much further before accurate predictions can be delivered to the public.