How do animals perceive time? 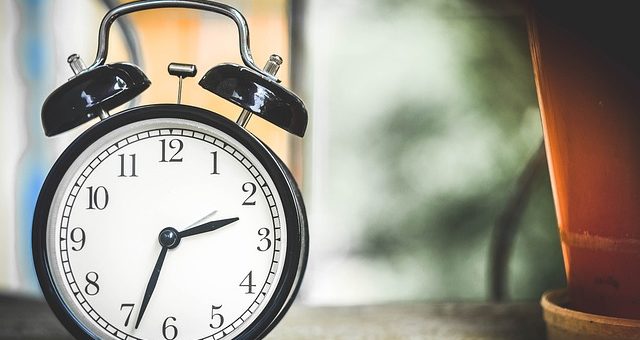 With a rolled-up newspaper in hand, an irritated human wages war against a pesky fly. However, the fly casually side steps each strike, irritating the human more. How does this damn fly move so fast? The answer lies in time perception — the small fly can perceive changes in its environment at a faster rate than we can.

While time is ultimately subjective, scientists can attempt to measure an animal’s perception of time, or temporal resolution, using the critical flicker fusion frequency (CFF). CFF is the frequency at which flickering light can be perceived as continuous; scientists measure it by attaching electrodes to an animal, rapidly flashing a light, and recording the highest frequency at which the animal perceives the light as flashing[1],[2].

Humans clock in an average CFF of 50–90Hz[1]. Pied fly-catchers double our rate at 146Hz, and flies blow us out of the water with a CFF of 300Hz[3]. Animals with a higher CFF perceive more information per second and experience time more slowly – similar to ‘bullet time’ in “The Matrix”. This allows them to fly through dense forests, rapidly track moving prey, and dodge newspapers — but at a cost. Rapid vision requires a lot of energy, so only animals who truly need it typically invest. Researchers have found that species with the finest temporal resolutions are smaller and have high metabolisms — such as insects and birds[2]. A dawdling tortoise munching on alfalfa would be wasting energy if it had this speedy vision.

However, some animals have unexpected CFFs. For example, the minuscule tiger beetle has slow temporal resolution and refreshes its view so rarely that it must hunt in a start-stop manner to catch its prey[2]. It’ll lunge towards prey then stop to update its visual environment before lunging again. Massive swordfish have unusually fast CFFs when hunting which they attain by heating up their eyes[2].

Recently, research presented at the British Ecological Society’s Annual Meeting on 20th December 2022 revealed that marine predators are also among the animals who perceive time the fastest[3]. While the results are not yet published, researchers claim to have analysed the rate at which over 100 animals perceive time. This new data will allow us to better understand animal behaviour and interspecies interactions — like why we suck at swatting flies and why birds are so good at catching them.

Andrea is a recent graduate from the University of Florida and current research assistant in the Infectious Disease Dynamics lab, and a science communications assistant for Explore, UF's research magazine. She loves jamming out at local shows and concerts, reading, and indulging on buncha crunch at movie theaters.