Can Neuroscience ever explain consciousness?

Picture the colour red: a simple red screen. Now metamorphose this image into a red rose. Once you have done this, add the sound of a gentle breeze to your image, coupled with its warm touch on your skin. You may have wondered more than once: “How exactly am I able to picture all of that in my mind?” Could it be the synchronous firing of hundreds of neurons? Or, perhaps, could each and every neuron in our brain be conscious, making the perception of individuality within us a mere illusion? These questions are part of what is called the hard problem of consciousness, which has been troubling Philosophers and Neuroscientists alike for centuries. Here neuroscientist Giulio Tononi gives an insightful summary of the main current issues that are being debated in the field.

The hard problem of consciousness, as explained by prominent neuroscientist Christof Koch in his book Confessions of a Romantic Reductionist, is that each of these evoked percepts (or objects of perception, such as the imagined red screen or the sound of the blowing wind) carry their own qualitative feeling linked to that experience, also known as a quale (singular for qualia). But why – and how – does this happen? You may have realized that the quale of a certain shade of red, only by itself, feels different than the composite of a red rose under a warm Summer afternoon, and each quale feels unique and can be distinguished from the myriads of others. Is there then any way that science can explain such a phenomenon in the near or distant future? If so, we could finally hope to solve fundamental problems related to this: Can we prove that others apart from us also experience qualia? Are animals conscious? What is the evolutionary purpose of consciousness; does it give an evolutionary advantage to species that do not experience qualia? Could we use this knowledge to cure pathologies directly linked to qualia (such as depression, where patients tend to perceive the world differently than those without this condition)?

Some propose that science will never be able to solve the hard problem of consciousness, as it is deeply rooted in personal experience. Science only works by measuring things objectively; how could we ever be able to measure something as subjective as picturing a flower, or the feeling, itself, of happiness? Nonetheless, there are currently dozens of theories about the scientific basis of consciousness. Some propose intracellular mechanisms; others go as far as to invoke complex mechanisms involving Quantum Physics and entropy.

The present consensus is that conscious perception likely arises from the synchronous activation of neurons in the brain. Where the debate currently lies is in determining what brain regions are essential for the production of a percept: on which lie the neural correlates of consciousness (NCCs), and why their activation generates consciousness?

Two main hypotheses are the most commonly discussed and cited when it comes to trying to explain how consciousness is generated. The Integrated Information Theory, or IIT, focuses on more posterior parts of the brain (towards the back of the head), whilst the Global Neuronal Workspace Theory, or GNWT, focuses on more anterior regions of the brain (nearer to the face). These are only two examples of many hypotheses that give more weight to either anterior or to posterior regions of the brain, but, within these two opposing streams of hypotheses (anterior versus posterior), they tend to be the most recognised as plausible. 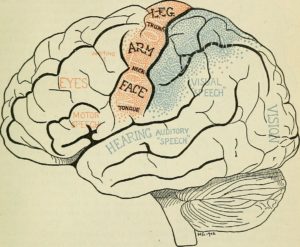 Posterior models argue that the integration of information from different sources is necessary and sufficient to create a percept. This is, that the arrival of sensory information in our brain from our body and its later assimilation with other types of sensory information, is the true reason behind perception and consciousness. These would be generated at the regions where information to the brain first arrives. For instance, the primary somatosensory cortex is where information about touch from our legs, hands, head (etc.) first arrives, and this alone would be sufficient to create the sensation of touch, without the need for ‘higher’ brain areas, towards the anterior side of the brain. Interestingly, IIT goes as far as proposing that consciousness can be mathematically quantified, giving an objective value called Phi (Φ)! In theory, the higher Phi is, the more conscious the person should be. Consequently, every network that integrates information, whether living or synthetic, should have a Phi value greater than zero and hence also possess consciousness: this may include the brain of any kind of animal, no matter how complex (a human being) or primitive (a housefly) it may be; even what we consider inanimate objects (such as a brick) are conscious up to a certain degree, as these would be integrating information because each atom that constitutes them have interacting components (namely the electrons that interact with the protons of each atom through an electromagnetic force), which is a form of information exchange. In other words, if the electromagnetic interactions between two neurons are sufficient to create a value of Phi greater than zero, then there should not be a difference between these and the electromagnetic interactions of the atoms that make an inorganic object, hence making this object (albeit slightly) conscious.

Anterior models, on the other hand, propose that the recruitment of frontal regions (such as the prefrontal cortex) is vital as a means to access conscious thought. The main idea behind this is that attention is mainly driven by the prefrontal cortex and, because attention should be, hypothetically, crucial for the creation of mental images (in a similar way that every optic device needs a good lens to be able to focus on a neat image), frontal regions should play a major role as NCCs.

Unfortunately, both anterior and posterior models have received copious amounts of criticism. For example, critics of posterior models have rendered IIT as just another form of panpsychism, the ancient notion that all matter (a coffee mug, a chair) can be conscious, as all objects are made up of atoms, which are conscious under this model. Furthermore, there is empirical evidence, on visual perception, that shows that indeed properties of objects can be perceived separately, without the need to integrate information. For example, it has been proved that colour can be perceived separately from shape, which would suggest that you should be capable of consciously perceiving a colour, or a shape, but not necessarily the other, which directly contradicts the argument from IIT that consciousness only emerges once information about perception (in this case colour and shape) is integrated. Check out this blog for a thorough critique of IIT.

On the other hand, advocates of posterior models argue that frontal regions are not necessary for the emergence of consciousness, that these merely have a role in modulating information in more intelligent beings, but not in the creation of consciousness itself. Another important criticism that has been attributed specifically to GNWT is that it does not really explain how consciousness emerges at all, but rather how consciousness functions in the brain, hence leaving the hard problem of consciousness unsolved. Bear in mind, that these are only two hypotheses out of dozens that exist. To date, not a single one of them can claim to have satisfactorily solved the age-old debate of how and why consciousness emerges, and the neuroscientific community is quite far from reaching a consensus.

The hard problem of consciousness is one of the most fundamental issues of all-time Philosophy. Even XVII century René Descartes once tried his best to solve this issue, arguing that it was the pineal gland the one responsible for generating consciousness1, by a system of pressurised valves and (literal) animal spirits traveling through nerves that when reaching the pineal gland would create an image on its surface, which is the projection of the conscious image itself. Of course, nowadays we may see this statement as even laughable when observing the advancements we have made in Neuroscience since then (as we now know that the main role of the pineal gland is actually the secretion of melatonin, a hormone important for modulating sleep). However, this historical fact serves as a cautionary tale against assuming precocious truths, especially when it comes to a perennial problem such as this one. Maybe, in the distant future, someone still trying to crack open the hard problem of consciousness may laugh at our current, ludicrous, models of consciousness, seeing them as adorable (almost child-like) ideations from ignorant and naive times.

Mauro Manucci is a fourth-year Neuroscience undergraduate student at the University of Glasgow. He is deeply interested in consciousness, volition, attention and Computing Science, striving to become a Neuroscience researcher.