Women are born with all the eggs they will ever carry. This central dogma in mammalian reproduction, and a fact commonly taught in high school biology classrooms, has recently had doubt cast over it. The prevailing belief dictates that girls possess a finite store of eggs, the number of which is depleted each month from puberty until menopause when the ovaries cease to release eggs and female sex hormones.

For decades this information has been accepted and widely taught. However, this principle was first questioned in 2004, when Jonathan Tilly and his team identified germ line stem cells in mouse ovaries that appeared to give rise to new oocytes (immature egg cells)1. Their discovery was based on the observation that rates of oocyte degeneration were too high for the mouse to maintain enough oocytes throughout its fertile lifetime, leading them to the conclusion that there must be a source of new eggs.

This initial study was met with considerable scepticism, with many refusing to abandon the original dogma and accept this new research. Despite the criticism, Tilly and his colleagues worked for the next eight years to prove the findings were applicable to humans and, in 2012, published a new paper in which the same group of stem cells were identified in human females2. The cells, named oogonial stem cells (OSCs), were isolated and cultured in vitro and demonstrated the ability to produce normal immature oocytes. To investigate the properties of these cells in vivo, the researchers labelled the OSCs with a green fluorescent protein (GFP), injected them into human ovarian tissue and implanted the tissue under the skin of mice. After 1-2 weeks, the cells had matured into GFP-positive human oocytes3.

Though the oocytes that grew from the human OSCs were too immature to be fertilised, and attempting in vitro fertilisation would carry ethical issues, the findings have many ramifications for women’s fertility. If OSCs are found to be able to produce oocytes in human ovaries, it could mean a limitless supply of eggs for women who have experienced early menopause, sterilising chemotherapy, fertility issues or even normal ageing. They may also restore hormonal balance in postmenopausal women, relieving some of the negative symptoms associated with menopause. 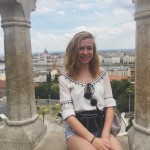 An anatomy student at Glasgow University with a passion for all things science, food and new places.