The Mental Database: The Link Between Chess, Sport and Expertise

It has been said it takes 10,000 hours to make an expert. It is a phrase spouted out by coaches and educators alike. However, this “coaching gospel” is rarely followed up with any more details, especially concerning the mental process behind it. Strangely enough, research in chess opened the floodgates to a world of research in psychology, memory and the study of expertise. Through chess, we are now one step closer to understanding the difference between Ronaldo and your average recreational player and it has a lot to do with one’s “mental database”.

Chess, it can be argued, is a relatively sterile sport to test. As boring as that may sound, it makes chess the perfect game to test in a lab. It is a closed skill game, where the outcome is heavily reliant on tactical skill rather than physical ability. One scientist, de Groot (1946), in his book “Thought and Choice in Chess” explored the process of chess thinking, by inviting a large variety of chess players, including some of the best players of all time, to be tested. His experiments involved studying a variety of chess positions, in an attempt to verbalise their rationale by thinking aloud. It was discovered that grandmasters and players of average ability followed similar procedural lines and rationale. The main difference was the speed of recognition of the primary problems and issues. Players of lesser skill spent more time on unimportant aspects, while masters were faster at identifying the more important problems. This suggests that it is not skill of planning and rationale that separates a master player from an average player, but rather it is the ability to quickly recognise patterns and identify problems from a large chess memory vault, or “database”. 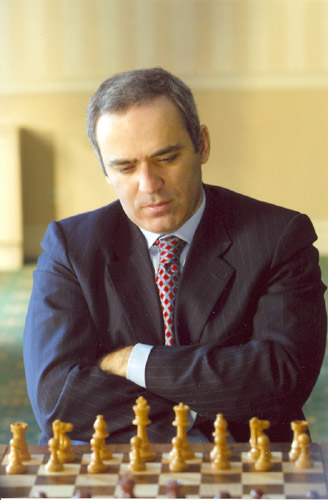 Despite disparities in his research method, de Groot appears to be right about the nature of expert search and the importance of knowledge and pattern recognition in expert performance. This is evident by the paper set out by Gobet and Simon (1996) 1, which follows grandmaster Garry Kasparov (Professional Chess Association World champion at the time) playing simultaneously against four to eight opponents with an Elo average of 2450. Elo is a chess ranking system, where candidate masters have an Elo score of 2200 and grandmasters have an Elo score of 2500. Kasparov was given a mean time of 3 minutes for each round. In other words, Kasparov had to make four to eight moves within 3 minutes, whilst his opponents were allowed the full tournament time of 3 minutes each to make a single move. This heavily restricted his ability to plan ahead, yet despite this restriction, Kasparov’s Elo score was barely lower than his usual competition tournament score. There was also no correlation between the number of opponents (and thus average speed) and his estimated performance. 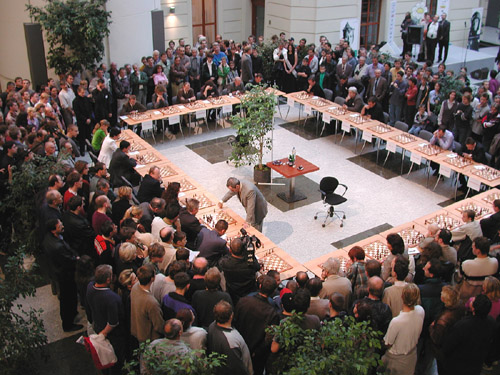 This is also very chess specific, as chess researchers Chase and Simon (1973) demonstrated. They had a master level player, an amateur and a novice view real chess positions and randomly places chess pieces (often pieces were in impossible positions) and then were asked to recall the position of the pieces. The expert excelled in recalling real positions, but there was no difference in his recollection of the random pieces to the novice player. This suggests that Kasparov’s advantage is his ability to subconsciously recall previous chess situations from years of experience in a process known as chunking.

Essentially, chunking is the ability to expand one’s working (or short term) memory. This concept comes from George Miller’s paper “The Magical Number Seven, Plus or Minus Two: Some Limits on our Capacity for Processing Information”. Miller concludes that humans have five to nine memory “slots”. However, chunking allows one to expand this memory. Even though humans have limited short-term memory space, we are able to group memories together. So a certain event, say a chess position or manoeuvre, may be grouped together with a chess player’s knowledge or experience in previous games.

There is evidence suggesting that this ‘database’ is also present in other sports too. For example, certain American football positioning by the defense may lead an offensive lineman to believe that a tackle on the quarterback is imminent. This is demonstrated in Helsen and Starkes (1999) paper, which asked players of various skill levels to undertake soccer specific and non-specific skill tests. Non-specific skills tested were reaction time and vision processing time; whilst soccer specific skills included aptitude for decision, speed and eye tracking. All tasks were done within the lab so actual physical skill was removed from the equation. Predictably, advanced players excelled in the soccer specific skills leading the authors to conclude that expert players have a more pertinent selection, a more accurate interpretation of cues and a more rapid response, than non-expert players. This combination of selection, cue-interpretation and response leads to more smooth and efficient motor execution in advanced players. However, when it came to non-specific soccer skills, there was absolutely no difference between the groups. This suggests that one of the biggest difference between an amateur and an elite is thein-built sport “database”. 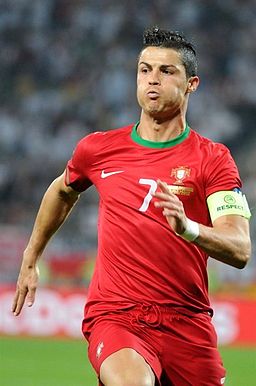 This ‘database’ concept can be applied, to some degree, to expertise in a broad range of fields. However, the path isn’t as clear in practice as is laid out in paper, and much is to be discovered about the exact mechanisms required to build such a database. Regardless, there is some truth to the saying “practice makes perfect” and the 10,000 hours rule; but with much in life – the devil is in the details.

This article was specialist edited by Joseph GC Yeoh and copy edited by Rebecca Laidlaw.

Christian C Nyberg is an undergraduate student at the University of Glasgow studying Physiology and Sports Science. He has been deeply involved with research in Women’s Rugby and wishes more people would follow suit. His hobbies involve all things triathlon and reading the GIST.