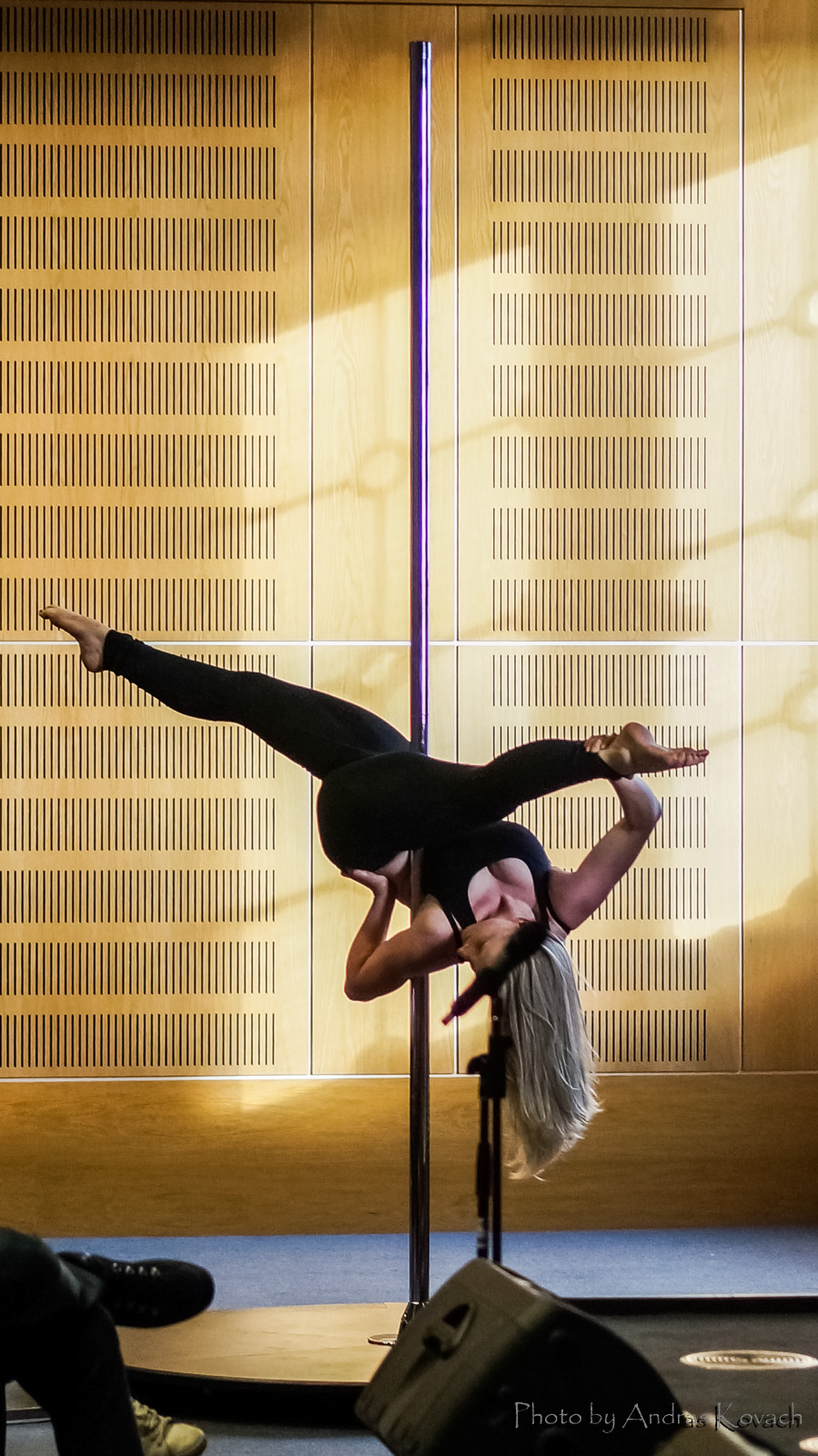 TEDxUniversityofGlasgow, was anything but a simple conference. “Ideas worth spreading” 1 were not only shared, but connected with one another in this independent event organized by The University of Glasgow’s TED society. From microbiology, quantum physics and pole dancing to music, economics and conservationism, a wide range of topics exemplified what exploration and innovation means in each unique discipline.

A jazz band called “Bobbie Sent Us” set the scene with a duet of saxophone and guitar. Following that, Karina Atkinson shared her journey from a biology student to establishing a conservation volunteering organization in Paraguay and how she applied the general concepts of pushing yourself beyond your comfort zone, passion, taking action and not giving up, in order to become a true explorer. She overcame language barriers and a long distance from home to fight deforestation in a country where the  economy is driven by the amount of cultivable land. After all, she does get to enjoy daily “siestas” now.

A new level of exploration was reached this year with the groundbreaking news of detecting gravitational waves. In his presentation, “Listening to the Symphony of the Universe”, Dr. Stefan Hild described the “violent dance” of two black holes emerging, a phenomenon that led us to hear what Einstein thought we could not see: gravitational waves. He also provided insight into Gravitational Research at the University of Glasgow. Back down to earth, Dr Theodore Koutmeridis talks about the “Economics of the Underworld”. Capturing an entire range of human behaviour in a mathematical equation, he examined the interaction between illegal activity, criminal opportunities and labour market conditions. What is the probability of crime when illegal gains are larger than legal ones? A lot can be found in the current problem of metal thieves, which Dr. Koutmeridis analyzed. He also mentioned that, fascinatingly enough, the structure of the drug underworld is similar to the way in which corporations are organized.

What about internal exploration?  You have to pay attention to your own wellbeing and happiness, especially when the advice comes from a qualified doctor. Breaking the taboo effect, Dr. Maggie Roston proposed pole dancing as an “alternative therapy” for your body’s health and pride. Beyond being just an innovative idea, she and a student demonstrated the beauty of pole dancing in an artistic live performance. 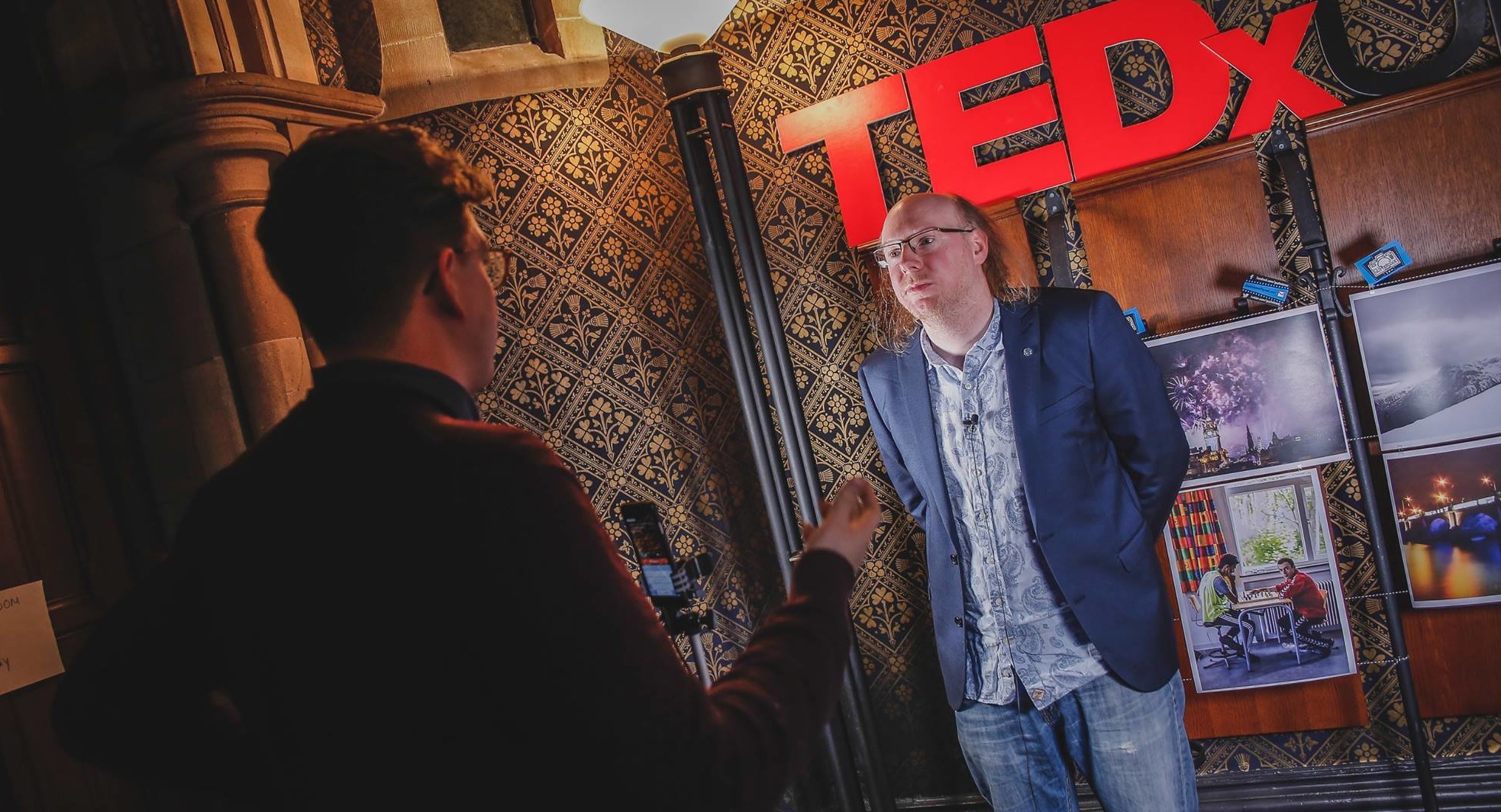 In a world where more pixels mean better image quality, how innovative is it to have a single-pixel camera? Well, Professor Miles Padgett has one, and he can see invisible gases and through opaque materials. In the field of quantum mechanics, Professor Padgett explained that we can pass a minute amount of light through objects to achieve superhero powers of “X-ray vision” and that is exactly what he investigates in QuantIC, the UK’s Quantum Technology Imaging Hub. After sharing some videos, he emphasised the importance of application of scientific knowledge and that science is a tool for whoever has enough imagination about how to use it properly.

Exploration can also be applied when finding a job. The accessible nature of the job market can sometimes lead to “choice paralysis”, the paradox of having too many options. David Timis was caught in this dynamic process of globalization after graduating from Glasgow, and shared his story of exploring three different careers in only two years to become the UN Youth Delegate of Romania. He talked about embracing the opportunity, trusting your gut feeling, keeping an open mind and most importantly, not being scared of making a radical change sometimes. 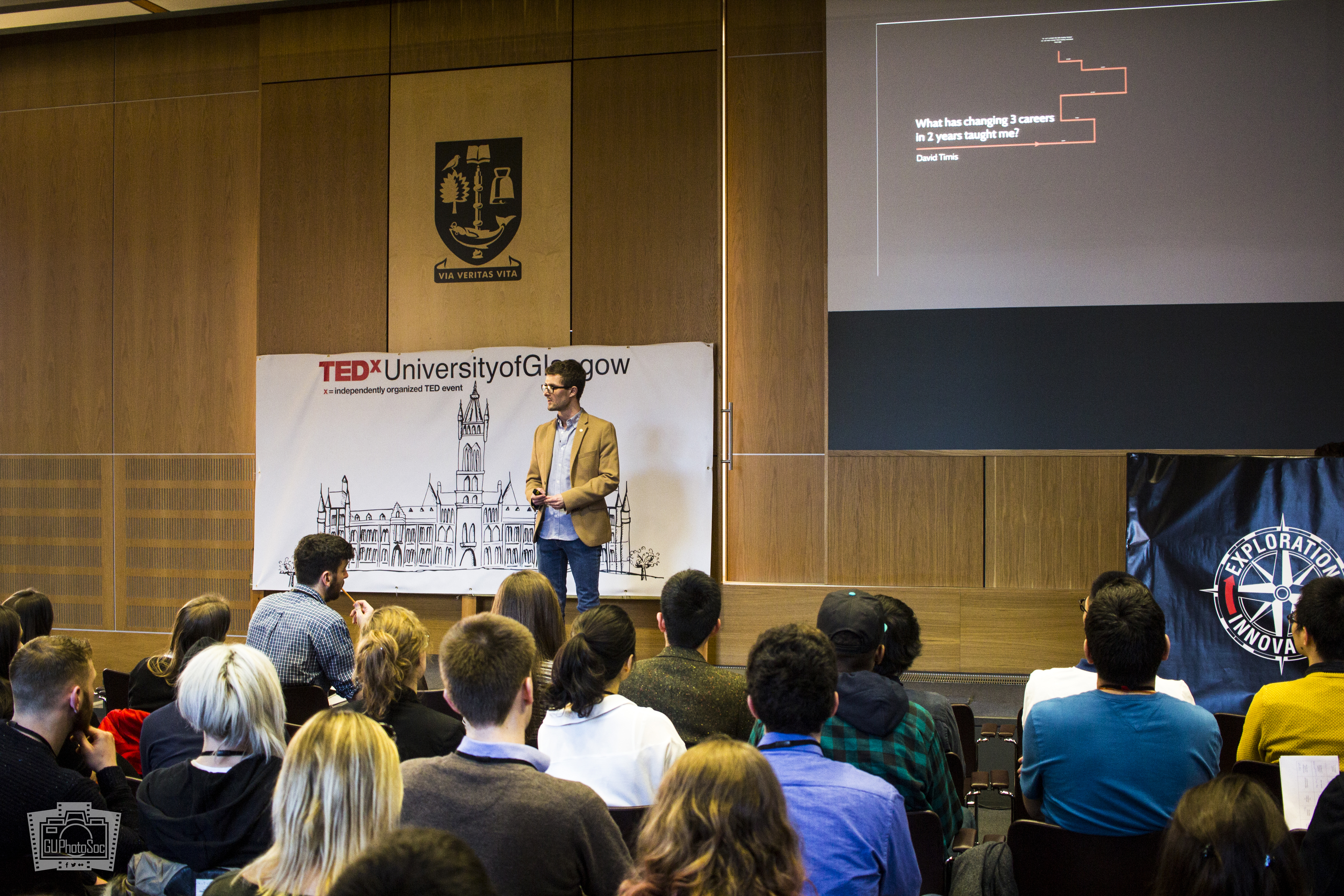 In the minute world of microbiology, Carla Brown took a different approach towards the problem of antibiotic resistance. Narrowing it down to the false perception of bacteria, she saw the importance of educating children in this matter and decided to raise awareness through the truly innovative technique of “gamification”. The concept of conveying useful information to kids through computer games made gameplay a useful tool of alternative learning that should be used to its maximum potential.

In a symmetrical manner, the event finished with music, but from a scientific perspective, of course. An a capella group called Choral Stimulation explored the beauty of the human voice and the power within it. Even though the scientific explanation of how strong emotions are triggered by music remains mysterious, Choral Stimulation demonstrated the fact in their live performance.

Beautifully, all those ideas (gamification, crime, gravitational waves, quantum physics, and world conservation) were brought to life by a global Twitter debating team. However, it would have been nice for the TEDx team to encourage more of the live interaction between the audience and the speakers after each presentation. Nevertheless, speakers were willing to answer questions, chat about their work during the break or even be interviewed. At the end of the day, you take home stories with the purpose of writing your own. You are more confident of exploring your own mind and innovating in your dream field, so you can explore even more of what you love and continue this endless cycle of innovation and exploration. 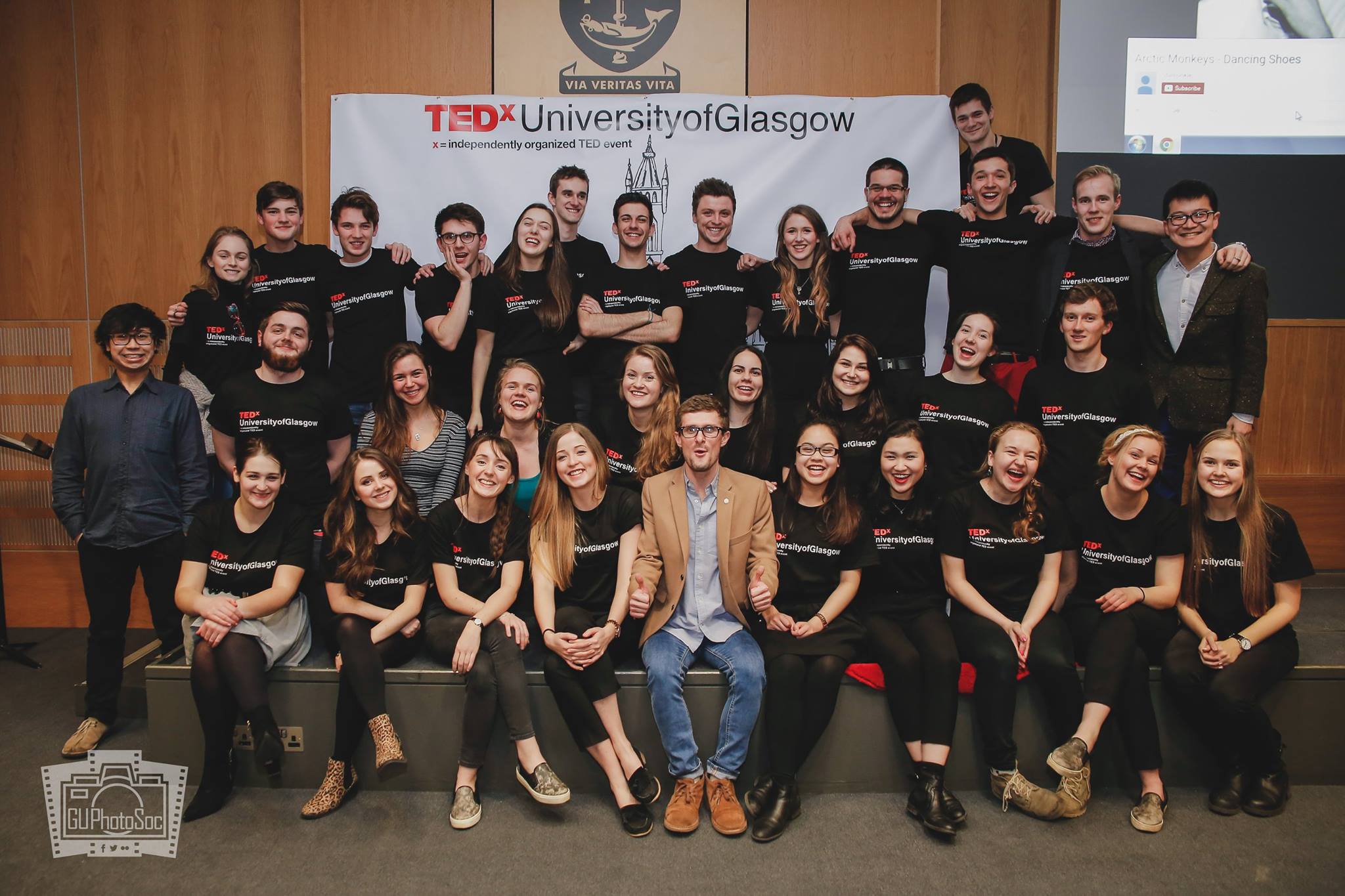 This article was copy edited by Matthew Hayhow

Miruna is an MSci Neuroscience student at The University of Glasgow. Miruna is cool…with whatever related to science, music or nature.