The point in history when our African ancestors looked towards the horizon to begin their journey and search for new land is veiled in mystery. Our knowledge of these events are muddled with different, sometimes contrasting, evidence. Fresh geological findings, however, mean we might be one step closer to understanding the real path and date of the first big trek.

The Road to Asia
Two main hypotheses about the dispersal of “anatomically modern humans” (AMH) out of Africa dominate: the early and the late dispersal. The late model, the traditional view, states that AMH spread from Eastern Africa by the mouth of the Red Sea, and hence north of the Arabian desert, and then rapidly moved on to populate Eurasia and South Asia by around 50 thousand years ago. Crucially, as we shall see, this happened after the super-eruption of the volcano Toba in Sumatra, Indonesia (ca 74 thousand years ago). The early model, by contrast, argues that AMH moved into the Arabian Peninsula much earlier (as early as 130 thousand years ago) and as such, could have reached South Asia well before the Toba eruption.

What first lead the Early Modellers to diverge from the Late Modellers was the discovery of stone tools in India that dated to immediately before and immediately after the Toba eruption – indeed, the artefacts were found on either side of a thick layer of Toba ash. These tools, according to the authors, resembled those found from the African Middle Stone Age; this opened up the possibility of pre-Toba AMH living in South Asia.

The model soon faced heavy criticism from the Late Modellers, who claimed their methods were lacking and their hypothesis most unlikely. Of all the evidence held against them, the most championed was genetic.

What Yo’ Mama Gave You
Mitochondrial DNA is inherited solely from the mother without being ‘mixed up’ with the father’s genes, and so it only differs between populations because of chance mutations. These chance-mutation groups are named haplogroups, and they can then be used to compare relatedness between populations. It so happens that all humans with maternal ancestry in Eurasia (meaning that their mothers mothers mothers etc. lived there too) belong to a haplogroup that can first be traced and dated to India, then Arabia and then finally Africa. The earliest possible age for AMH belonging to this haplogroup being in South Asia, the Late Modellers claimed, was 70 thousand years ago – four thousand years after the Toba eruption. The Late Modellers instead suggested that the pre-Toba tools were produced by so-called “archaic” groups – i.e. not modern humans, but a different, now extinct species.

That sounds like a check-mate situation, but other evidence had emerged, keeping researchers talking about the Early Model: in Jebel Faya, on the far east side of Southern Arabia near current Dubai, a tool kit consisting of blades, scrapers and hand axes had been discovered, and was presented to the world in 2011. It looked like East African tools and it dated to 127 (give or take 16) thousand years ago. It also suggested that AMH (if there were indeed the tool makers) could have taken a route south, crossing the channel in the bottom of the Red Sea.
But, the problem persisted. The Arabian tools dated to before the correct haplogroup could have been there. It was the ultimate palaeo-archaeological cliff hanger. 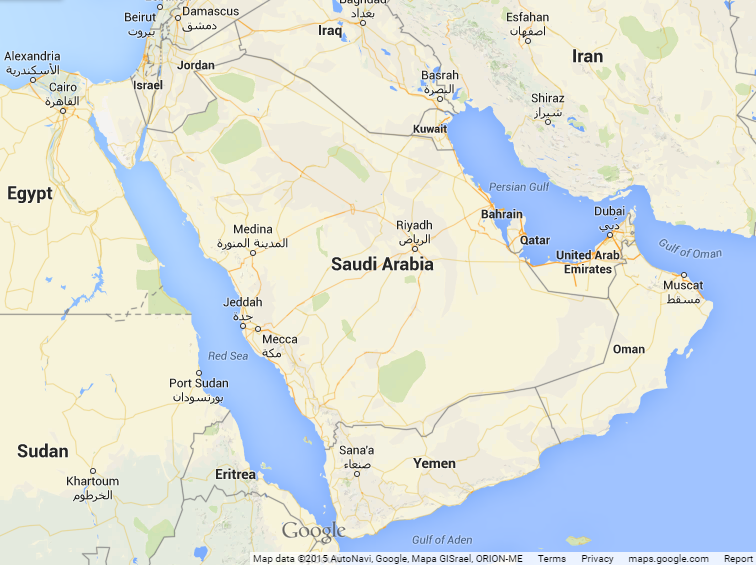 Where the Rain Falls
That wasn’t all though: the suggestion of a different route created an additional issue. Some researchers argued that there were natural barriers to human settlement in Arabia at that time – it would have been way too dry and arid. If the route to southeast Arabia wasn’t even possible, how could the Early Model hold water?

Well – recent geochemical evidence shows that the southern route was not just possible but plausible! Published in Geology, the paper details the study of southeast Arabian alluvial fans – big, fan-shaped sediment deposits formed by streams. Imagine a single stream, spreading into a fan and becoming many small streams, each carrying soil with them. These alluvial fans are extremely sensitive to rainfall pattern changes, and allow researchers to gain information about past rain events through various, intricate tests.

One such test is “optically stimulated luminescence dating”; a neat chemical way of telling when a mineral was last exposed to daylight. It utilises the fact that, within soil, there will always be bits of radioactive material lying around, which over time will decay and emit radiation. Surrounding minerals absorb this radiation, keeping it trapped. It can only be released by stimulating the mineral by shining a specific light on it – this will make it send out the energy that it had trapped, as new radiation. The nice bit is that the intensity of this radiation is dependent on the amount of time the mineral has been exposed to radioactive material, and as sunlight resets the process, that corresponds to the last time the sun shone on the mineral.

The Route South
By accurately dating the fans, it was clear that they covered the very time periods pertinent to the discussion – from 200 to 50 thousand years ago. And they brought a most interesting message: because of monsoon rainfalls, freshwater and grassland vegetation had been available in southeast Arabia at the time of the supposed Jebel Faya occupation, around 127 thousand years ago. This therefore challenged the notion that a dispersal route through the south of Arabia was impossible. It also showed that there had been alternating humid and arid periods in Arabia from 160 thousand years ago up until 40 thousand years ago, showing the possibility of several expansions from Africa, and specifically stating that migration routes through the Arabian peninsula had been feasible every 23 thousand years.

So, where does that leave us? At present, it seems that the genetic evidence could rule out early AMH dispersal, but the amount of evidence for early AMH settlement in Arabia is intriguing. The possible alternative explanations are also rather tantalising: could researchers be tricked by “archaic groups”, showing remarkable tool skills – and what would that say about them and their relationships with AMH? Were there maybe several expansions out from Africa, some of them early and failed attempts – and if so, why did they die out?

As the sand of Arabia is assiduously scrutinised and its secrets one by one revealed, I can’t help but wonder in whose favour the next piece of evidence will be.
***

Main paper by Parton et al. can be found here.
The Armitage paper describing the southern route and the Jebel Faya tool kit can be found here.
The Mellars paper (the Late Modellers) which systematically goes through the ‘pre-Toba AMH in India’ hypothesis (it’s brutal) is here.
And finally, the paper that kicked it all off, Petraglia’s findings of the pre-Toba tools in India, can be found here (note it downloads it your computer)