Power Up Your Ideas Factory with Edinburgh International Science Festival

In 2015 Edinburgh International Science Festival transforms into The Ideas Factory – a hub for information, ideas and innovation. Audiences are invited to get their thinking caps on as big ideas transform the halls, galleries, theatres and gardens of Edinburgh from 4 – 19 April.

In 2015 the Science Festival focuses on big ideas and brings together great minds from different disciplines – from makers of new inventions and political policy, to world-class scientists and ground-breaking artists. The programme unites pioneering thinkers and aims to foster dialogue about the future of our culture, nation, planet and global understanding. With events examining urgent questions across a wide range of issues – food, health, energy, environment, mind, art, numbers – the Science Festival calls on audiences to engage with the vital ideas of today and tomorrow.

With the mind/machine interface, the cultural history of the brain and the ethics of neurological experimentation on the menu, our Brainwaves programme offers up a mind-blowing selection of stimulating encounters with our own personal supercomputers. From investigating the relationship between Gender and the Brain (April 10), and age and the mind in Me and Granny are Learning Spanish: is it ever too late to learn a second language? (April 15) and The Living Brain (April 9), to studying murderess’ psychology in Lethal Lassies (April 8) or the impact of dancing on our brain with Dr Peter Lovatt in Born To Dance (April 16) – it is all about that brain!

In December 2015 the 21st Conference of the Parties on Climate Change will meet in Paris, bringing together the nations of the world with the objective of producing a binding universal agreement on limiting climate change. Looking ahead to this landmark event, we’ll be presenting a series of Energy and Environment events exploring and debating everything from the future of our energy resources in Energy Futures: the public debate (April 15) to the importance of bees in What About the Bees? (April 11). We’ll also be taking a light-hearted look at energy from unusual sources in a fun-packed interactive evening: Unexpected Energy (April 7).

The Reading Experiment returns to unite the worlds of science and words as part of the 2015 Science Festival and once again we’re working with a host of literary types to bring together an exciting range of events which dive into the creative nexus where these genres meet. On top of this we’ll be adding more reading lists and recommendations from some of our favourite folk online, so that you can get inspired to start your own reading experiment and delve into science writing in all its forms. We will be exploring the merits, meanings and pitfalls of monogamous relationships versus alternative configurations in The One and Only? (April 7), the concept of invisibility with author Philip Ball in Invisible (April 12) and why some people are fare better and take pleasure in risky circumstances in Extreme (April 17). So get your specs on and read away!

We are also probing the stats behind our lives and investigating how an understanding of statistics can be used to everyone’s advantage, as well as exploring the possibilities that arise from big data across diverse fields – in our Numbers That Matter strand. 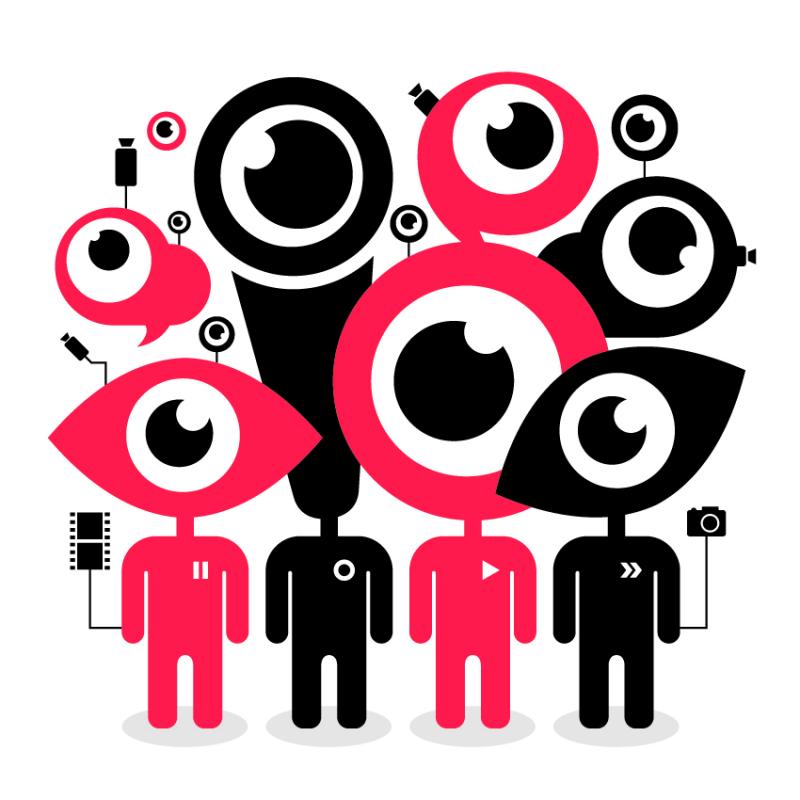 We cover everything – from Sex by Numbers: the statistics of sexual behaviour (April 16) to Social Media: spying? Sentiment? Source of Data? (April 9) and Scottish Independence: big data and big conversation (April 15).

Light is central to our existence. From the life-giving light that travels 93 million miles from the Sun to the fibre optics that keep our world connected, light has a vital role in all aspects of our daily lives. 2015 is the UN International Year of Light; the perfect opportunity to investigate the ways in which light and light-based technologies have revolutionised the modern world in our strand Light and Enlightenment.

This year’s Festival will explore the legacy of Scottish scientists and Enlightenment thinkers, including events that regard the life and work of the physicist James Clerk Maxwell and the impact his achievements have had on our understanding of colour in Invisible (April 12) and A Sense of Wonder (April 15). 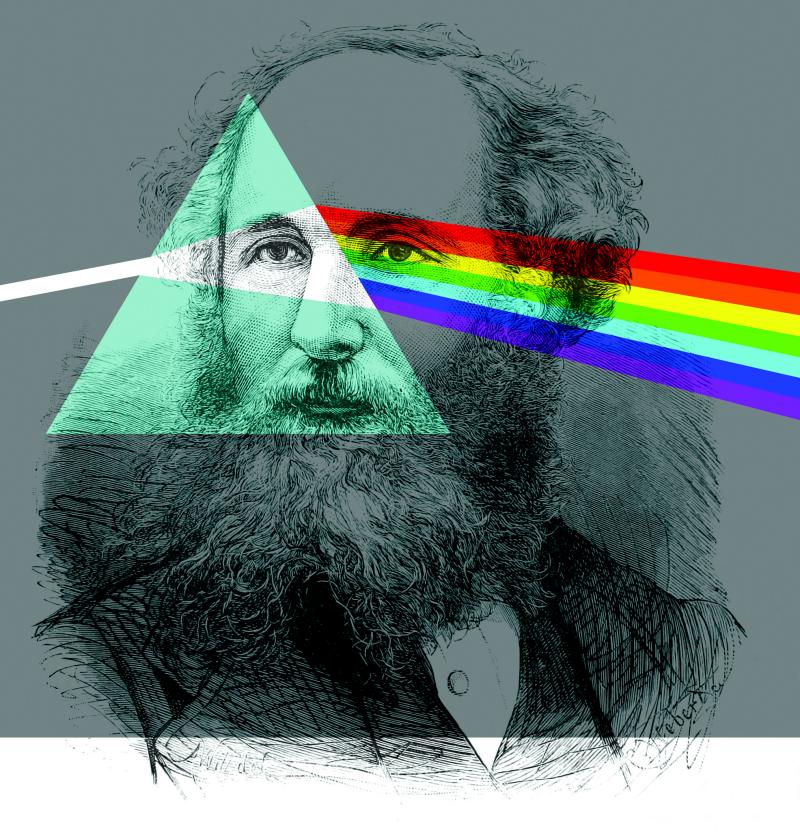 2015 is the UN  International Year of Light

But the Enlightenment is not just a thing of the past. We’re bringing together pioneering scientists, artists and thinkers to shine a light on some of the amazing work taking place in Edinburgh and beyond today across a range of fascinating fields. You can learn about the cutting-edge research using light in Engineering the New Enlightenment (April 14) or its usage in culture throughout history in Light Fantastic (April 4). You can also challenge the enlightenment in a discussion Should You Trust What You Hear about Science? An Enlightenment Debate: Hume vs Reid (April 17) during which two philosophers at University of Edinburgh will enact the famous disagreement.

Showcasing the importance of science in the most delicious way possible, GastroFest returns in 2015 with a packed menu featuring producers, artisans, scientists and chefs. From the tempting and tantalising to downright delicious this smorgasbord of insightful discussions, thought-provoking presentations and out-of-this-world foodie experiences offers options to suit all tastes. 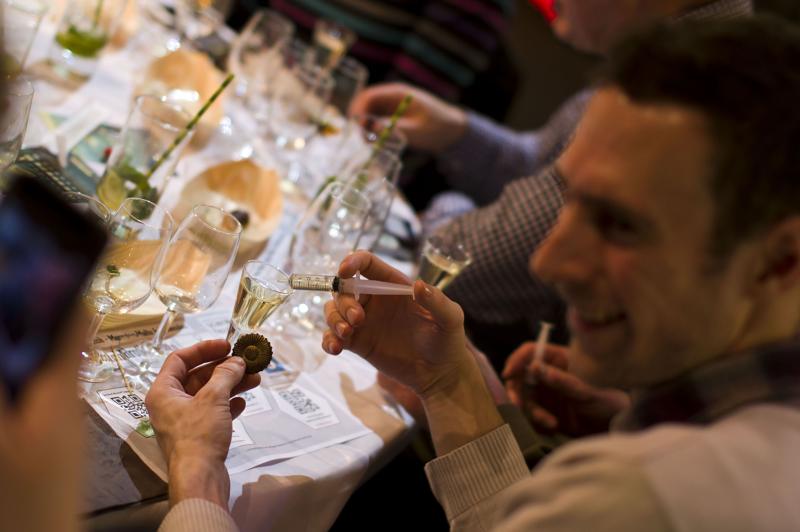 For a sip of something surprising, Give in to Fermentation (April 15) and enjoy a series of beer and fermented food pairings, or take a mouth-watering journey into the science of gin in Gin-omics for Generation Gin (April 12). Pick-up some tasty treats as you explore a farmers’ market with a scientific twist at SciMart (April 5), discover the links between your senses and tastebuds in Sensory Experimentation (April 9) or investigate whole animal eating in Nose to Tail: The Not-So Offal Truth (April 6).

Let’s not forget about our party nights though! Late nights include two special new events – The Big Bang Bash (10 April) presented in partnership with the National Museum of Scotland – an out-of-this-world party celebrating the wonders of space and Full Spectrum (17 April) – the Science Festival’s first ever club night – an audio-visual experience produced with Astrojazz and Adventures in Light.

The Edinburgh International Science Festival runs from Saturday 4 to Sunday 19 April 2015. Full details of the 2015 programme can be found at sciencefestival.co.uk. Tickets for all events can be booked online via the website or through the Box Office on 0844 557 2686.

This article was a guest post from Magdalena Paduch.