Cells to Cerebral Cortex: What is the brain and how does it form?

Image by Pete Linford from Pixabay

The word ‘neuroscience’ was first used in 1962 by scientists at the Massachusetts Institute of Technology. Historically, much of what we knew about the brain stemmed from visually examining it; it was only in the early 19th century that researchers began to investigate how the brain functions and evolves into “the brain” as we know it. The most recent research has been made possible by the invention of new technologies – from scanners to microscopes – that can see beyond the naked eye and are capable of examining the brain in real-time. Brain activity is known to be driven by our body’s biochemistry, through both neural and electrical activity, but how do these factors work together to make us who we are?

In 1811, scientists discovered that our breathing is controlled by a part of our brainstem (the structure connecting your brain and spinal cord) called the medulla and since then there has been an increasing amount of investigation into how the brain evolves. It turns out that, while we are all shaped by our individual experiences, our brains initially develop in the same way. Before we get on to exploring the brain and how it comes to be, we need to look at the two main cell types that make it up; these are known as neurons and glia.

Neurons1 and form highly complex networks that allow separate parts of the brain to communicate with one another to coordinate brain activity. Glia are cells that support neurons, nourishing and protecting them2. Did you know that many glial cells only specialise after birth? It’s fascinating to consider that our brain is still forming once we’ve already entered the world!3

The brain itself could be thought of as mission control for the whole body. It starts developing about 17 days after conception via the formation of a flat sheet of cells known as the “neural tube”. By week four of pregnancy, this process is complete. Your entire central nervous system will grow from this tube4.

Thereafter, a section of this tube will divide into three distinct parts with each part forming a different portion of the human brain; the forebrain, midbrain and hindbrain.

Many creatures have a similarly evolved midbrain and hindbrain to ours, but the forebrain,  particularly the very front known as the prefrontal cortex, is uniquely developed in humans. This is what gives us what psychologists call a “theory of mind” – the ability to reason, solve problems and form opinions. Research on whether other animals are capable of similar phenomena is ongoing. In his popular book “Other Minds”, Peter Godfrey-Smith terms these conceptions “higher-order thoughts” and discusses how this is sometimes reflected in the behaviour of other creatures and not just humans.

For now, however, let’s have a look at the human brain up close and think about how it becomes the structure that makes you “you” and me “me”.

The forebrain is likely to be the part of your brain that you’re most familiar with – it’s the part that looks a bit like a walnut! The cerebrum refers to both the left and right cerebral hemispheres – the two sides of the brain – and contains lots of grey matter, which is mostly made up of neurons. This area contains folds (gyri) and dips (sulci) which can be mapped as different areas have different functions.

The cerebrum is divided into four lobes: the frontal lobe, which controls behaviour, speech and memory; the temporal lobe, which processes sound information; the parietal lobe, which processes sensation, perception and language; and the occipital lobe, which is concerned with visual input from the eyes5. White matter tissue is composed mostly of a substance called myelin. Made by a type of glial cell called oligodendrocytes, it connects different parts of the brain via pathways called tracts or fascicles6. Tracts continue to develop and strengthen beyond birth; in fact, neuroscience has repeatedly shown that the pathways which we use most become the strongest over time!

Underneath the cerebrum are two hippocampi (plural for hippocampus), one in each hemisphere, which allow us to make new memories, learn, and create emotions. The word “hippocampus” is Greek in origin and means ‘seahorse’ as that’s how it’s shaped! Within each hippocampus is a fornix, a tract of white matter that helps you to turn experiences into memories. Not far away are the olfactory bulbs where the sensory information of smell is processed. Another downstairs neighbour of the cerebrum is the thalamus, the part of your brain that helps control movement. It’s small but mighty partner, the hypothalamus, controls basic actions we don’t consciously think about day-to-day, like breathing, blinking and even sleeping! The area monitoring sleep-wake patterns, known as circadian rhythms, is located here and is called the super-chiasmatic nucleus. It can be seen distinctly anywhere from the 18th to the 30th week of pregnancy as you grow and develop.

During early development the midbrain subdivides to form two structures: on the bottom is the tectum which plays a role in involuntary movement, and on top (or “superior”) is the tegmentum which gives rise to the colliculi (plural. colliculus). The superior colliculus controls the movement of your eyes and the inferior, or “lower”, colliculus forms the inner part of the ear7. This part of the ear contains special fluid and hair-like sensory cells that detect where your head is in space, helping you to balance. When you read in the car and sometimes feel a bit sick, it’s because your brain is receiving conflicting information about what’s happening around it; your eyes tell you that you’re sitting still as you’re reading, but your ears know that you’re moving due to the unique structure of your inner ear!

Lastly, let’s talk about the hindbrain

The hindbrain develops into several key structures: the medulla, which enables sensory processing and vital functions such as breathing, and the cerebellum (literally meaning “little brain”), which begins to form around the fourth week of pregnancy and continues to develop even after you are born8.

So, if we all share the same development, how are we different?

We often imagine that our individual experiences define our brain and how each area, or task force, is connected. However, the truth is that we all share some common basics.

Despite having our maximum number of connections between neurons, known as synapses, by the age of two years old, the precise connections in our brain are constantly being tweaked. By the age of ten, 50% of the original connections will have been removed by a process called “synaptic pruning”, with the ones we use most forging stronger and stronger connections9. It is this process that is thought to establish who we are as individuals.

This is also why we get better at certain tasks, such as playing the piano, the more we practice! We strengthen our neural connections through repetition.

Our entire perception and understanding of the world are contained in an organ the size of a grapefruit. Have you ever stopped to wonder just how extraordinary our brain really is?

For those who may want to read further on this topic, the author suggests the title “Other Minds”, by Peter Godfrey-Smith. This exciting piece of science writing explored the evolution of cephalopod neurosystems and their potential sentience – he draws on his own experiences of scuba-diving and references them with what we know about the developmental biology of cephalopods and how they interact with their world. He speaks of their apparent capacity for fun, frustration, excitement and grudge-holding (!) to propose that octopods may be the closest we’ll ever come to an ‘alien’ interaction, as they may share our capacity for ‘higher-order thought’ after all.

This article was specialist edited by Holly Leslie and copy-edited by Rebecca Budget. 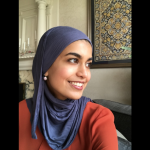 Ameerah Gardee is an undergraduate student, studying neuroscience at the University of Glasgow and hopes to pursue a career in neurosurgery. She is President of the Glasgow University Tea Society and in her spare time can be found reading, sewing, painting, or doing aerial yoga.