Vaccine attack! Waging the war on the microscopic 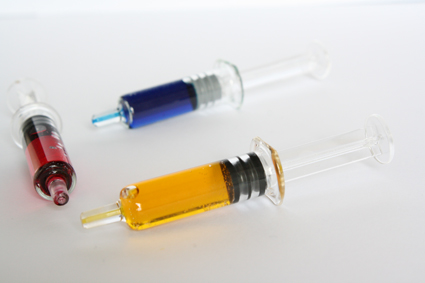 In the midst of the COVID-19 pandemic of 2020, it’s hard to remember that this is not the first infectious pathogen (a disease-causing germ) to threaten human health on a global scale. As a species, we have battled plagues, suffered through numerous influenza pandemics (1918, 1958, 1968 and 2009)1 and endured epidemics of deadly diseases like Ebola.

But these haven’t all ended badly. In fact, there are some diseases we will likely never see again, like smallpox (a virus which killed an estimated 300 million people worldwide in the 20th century2) and some on the verge of eradication, like polio (a virus capable of irreversibly paralysing the nervous system in 1 in 200 cases3). So, how do we manage to keep these deadly infections at bay and what can we use to fight back against the ones which are still a problem? Rapidly evolving improvements to our basic health care, sanitation and scientific research all contribute valiantly to our fight against pathogens. However, we have one other powerful tool in our corner of the ring. One which can prevent and treat diseases effectively and efficiently; the vaccine.

What is a vaccine?

Consider the time that you ate some dodgy ‘fridge pizza’, swam in that suspiciously murky lake or simply grabbed a hold of the handrail in the train station. In all these situations, we put ourselves at risk of being infected with bacteria, protozoan parasites (like worms) or viruses, a group collectively known as pathogens. But we don’t always get sick. This is because our bodies have an inbuilt line of defence against this threat: the immune system. Our bodies have a range of specialised pathogen-hunting cells such as macrophages which patrol through our blood, acting like soldiers, monitoring for any danger.  Another subset of cells, B cells, produce antibodies, which are Y-shaped proteins that seek out and neutralise invading enemies.

Of course, this is a very over simplified explanation of ways in which cells of the immune system protect us. The reality consists of an extremely complex web of different pathways and cell types that act to eliminate pathogens when they first invade (innate immunity) but also to remember them, using the special antibody producing cells (B-cells) which become the body’s ‘memory’ system for infections (adaptive immunity). Meaning, if we get infected by the same or similar pathogen more than once, our bodies should know exactly how to respond to stop us getting very sick. Our immunological memories kick in and the response is faster, more accurate and provides a higher level of protection.

This is where vaccines come in. As a concept, they are far from a modern invention with reports of vaccination-like practises dating back to at least the 1500s in ancient China when smallpox ravaged the human population4. However, it wasn’t until the rise of Edward Jenner that the term ‘variolation’ was coined to describe his work attempting to prevent the same deadly virus in the late 1700s. Jenner exposed eight year old James Phipps to cowpox (a similar virus to smallpox) collected from a milkmaid’s cowpox lesions. Then about a month later Jenner infected the boy with smallpox and James failed to get sick with the virus. So Jenner’s experiment demonstrated a way of ‘tricking’ the immune system into recognising the pathogen, in this case by using a very closely related virus, without causing serious disease – the principle of modern vaccinology. Thankfully vaccine testing has come far from the days of injecting infectious material into small children and hoping for the best.

Like Jenner’s approach, the BCG vaccine, which protects against tuberculosis, uses a related bacterium found in cows (Mycobacterium bovis) to protect against potentially deadly infection by Mycobacterium tuberculosis. However, several types of the vaccine are commercially available; live-attenuated, inactivated, subunit, recombinant and conjugate vaccines. Each has its benefits and pitfalls.

Live-attenuated vaccines, such as the measles, mumps and rubella vaccine (MMR), are made by rendering the disease-causing pathogen ‘harmless’ but still able to induce an immune response in humans. This is achieved by growing or passaging viruses in a different species, like a chicken, or by keeping them for a long time in a laboratory. When given as a vaccine, your body has time to develop the ‘memory’ response required to fight the infection without becoming sick should you be exposed to the pathogen in the future. However, vaccinating with live-attenuated vaccines runs the risk that the pathogen could revert, become infectious again and cause the serious form of the disease. For approximately every 2.7 million doses of the live-attenuated polio vaccine given, one case of a clinically identical disease to the paralysis cause by wild poliovirus known as vaccine-associated paralytic polio (VAPP) was reported5.

Inactivated vaccines, such as the more recently developed polio vaccine, are made by growing the pathogen in a laboratory then ‘killing’ it using chemicals like formalin, heating it or irradiating it. As a result, the whole pathogen can be used without the danger of it growing inside the recipient and causing damage. However, this inactivation does mean that most of these vaccines are not protective after one dose. This is because the inactivated virus is less capable of driving a strong immune response. Many of these vaccines require at least two doses to provide protection and further top-ups, known as boosters, may be needed throughout your life.

Vaccines can also be made from pieces or products of pathogens; these vaccines are known as subunit, recombinant, conjugate or toxoid vaccines, depending on what they are made of. For example, the vaccine against hepatitis B, a virus which can infect and damage the liver, is made using a piece of the outer layer of the virus called the viral envelope. Alternatively, conjugate vaccines target polysaccharides, which are chains of sugar molecules found on bacterial surfaces. These polysaccharides can also be chemically combined, or conjugated, to other proteins to improve their ability to induce an immune response. This approach is used in the meningococcal vaccine which protects against Neisseria meningitidis, the bacteria which causes the life-threatening condition meningitis.

To make a recombinant vaccine, scientists select a safe organism, like yeast or a non-harmful virus, and engineer it to produce pieces of the harmful pathogen which the immune system can respond to. A good example of this is the success of the current human papillomavirus (HPV) vaccine developed to prevent cervical cancer. In fact, plummeting HPV infection rates due to widespread vaccination programs could mark the start of HPV eradication. Could this mean that cervical cancer, like polio, may one day become a disease of the past6? It seems like it.

Toxoid vaccines are produced through similar methods but work by pushing for immunity to a pathogen product rather than the pathogen itself. These are used to protect against infections in which the actual pathogen itself is not disease causing but the molecules produced by the microbe are. For example, the bacterium Clostridium tetani itself doesn’t cause tetanus, a disease associated with muscular spasms, instead the toxin it produces, tetanospasmin or tetanus toxin, does. Development of these vaccines requires an understanding of the pathogen to select a suitable pathogen part or product to be targeted by our immune system and most need administration of multiple doses to offer protection.

Today, we are entering a new era of revolutionary vaccine technologies. More strategies are moving away from the use of whole pathogens or pathogen pieces. Instead researchers are looking at ways in which we can use information from pathogens, in the form of DNA (deoxyribonucleic acid) or RNA (ribonucleic acid), to turn our cells into pathogen-fighting factories7 8. In our cells, the nucleic acids DNA and RNA contain instructions for everything we need to grow and develop. Our cells read these instructions and use them to make the products we need in our bodies. By injecting specific nucleic acid sequences, like ones from a virus, our cells can still read these instructions and make a product. This could be a component of a pathogen, such as a viral protein, which the cell can recognise as alien and alert the immune system to kick start the immune response. This approach bypasses the need for laboratories to make pathogen components or products. Alternatively, the vaccine could encode instructions for a specific antibody against the pathogen, known as a nucleic-acid monoclonal antibody vaccine.

Currently, no DNA or RNA vaccines are licensed for use in humans. However, in the race to fight back against the SARS-Cov-2 coronavirus, responsible for the COVID-19 pandemic, RNA-based vaccine strategies are leading the charge due to the ability to produce this type of vaccine rapidly and on a large-scale.

“Do you know how it feels to have smallpox?”

Thankfully, no I don’t. And this is due to vaccination efforts worldwide. In the case of smallpox, enough people were vaccinated to stop the virus passing from one person to another until there was no one left infected. This strategy not only protected the individual but also groups of people who cannot be vaccinated, including young babies and children, immunocompromised individuals or those who cannot afford to pay for vaccines. However, in 2019, the World Health Organization (WHO) released a list of ten threats to global health9 and included in the list was the threat of vaccine hesitancy: defined as a reluctance or refusal to accept vaccinations for family members such as children caused by many complex and underlying factors, including miscommunication, moral beliefs and paternal rights. In fact, three years after the UK was declared measles-free by the WHO, a resurgence in cases meant we lost this status in 201910. It is hoped that by addressing these concerns directly, establishing better communication strategies with the public and providing transparent studies on how vaccines are beneficial may improve the vaccine image and resolve this issue.

For now, COVID-19 caused by coronavirus SARS-COV-2, a vaccine-less pathogen, is altering our day-to-day living and is a stark reminder of how far vaccines have brought us in our fight against other diseases but also what could be the consequences of living without them.

This article was specialist edited by Ailish McCafferty and copy-edited by Rachael Sulaiman.