The Fuel of Fury: What is Behind This Year’s Unusual Hurricane Season?

Hurricanes are storms that form near the equator in the Atlantic Ocean, where the warm humid air acts as fuel for them. These hurricanes circulate and reach winds of 74 mph (120 km/h) or higher2; additionally, several climatic patterns directly affect their formation.

A climatic long-term cycle called the Atlantic Multidecadal Oscillation – which affects the average sea surface temperature on a long-term scale, helps hurricanes to develop, grow and persist when it is in its warm phase. This year, the Atlantic region is warmer by 0.5-1°C, which fuelled the formation of hurricanes. Also, a powerful monsoon season in Africa induces the formation of Atlantic storms – showing that even regional changes in the climate can cause transcontinental effects.. Many of the hurricanes lasted longer than usual because of the weak wind shear across the Atlantic Ocean and the Caribbean Sea. Furthermore, the El Niño seasonal climate pattern, which suppresses the Atlantic hurricane formation by cooling down the sea surface temperature, did not occur this year3.

The question if climate change has led to the extreme events seen this season remains controversial. Many of these climatic factors are due to natural cycles; however, they might have been enhanced by human activity. For instance, the use of fossil fuel results in increased levels of carbon dioxide (CO2) in the atmosphere. In turn, this CO2 acts like a blanket around the planet, trapping heat and increasing the global temperature – this additional heat energy can drive the formation of more hurricanes. Furthermore, climate change also affects the hurricane season indirectly. As sea levels rise due to warmer temperatures and glacial melt, low-lying areas – already at an increased risk of flooding – can suffer devastating storm surges and flooding when hurricanes hit.

Many residents of the British Virgin Islands, like many others, lost their homes and became dependent on humanitarian help, people became stranded on the islands with hardly any electricity or telephone signal4. Also, on a less life-threatening note: the main source of income of these islands is tourism, the damage must be repaired to secure their economies. Tales like this will become commonplace on a warming planet.

Although such disasters might be the result of natural factors, the increasing frequency of these storms also demonstrates the danger of global warming to the environment, economy, and individuals. 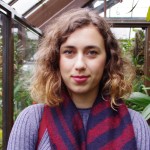 I am studying Geography and Biology as an undergraduate with an interest in the environment. I enjoy practising yoga and travelling.