Rise of the Cephalopods

Cephalopods are a type of mollusc: which is a group of invertebrates that include clams, snails, chitons, and limpets. The cephalopods include squid, octopuses, nautiluses, cuttlefish, and the extinct ammonites and belemnites. They possess many arms, with a beak in the centre and a body with a complex neural and circulatory system – they are regarded as the most biologically complex of invertebrates1. Recent EU laws illustrate how advanced they are, which now regards them as ‘honorary vertebrates’ – thus granting them the same legal protection as mammals in animal research2. 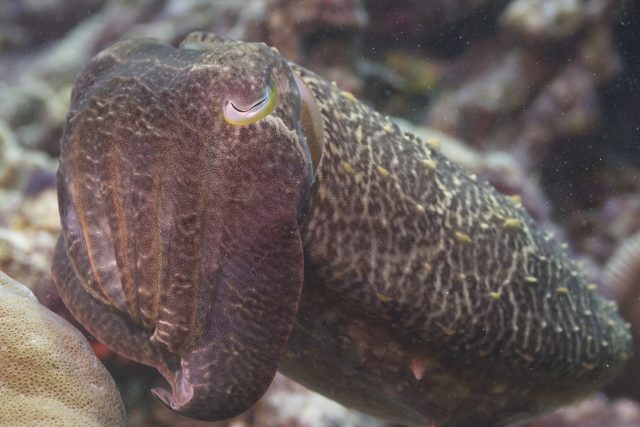 A recent study that gathered data on the populations of thirty-five different species of cephalopod across the world’s oceans since the last sixty years has concluded that their numbers are increasing despite the presumed pressure of global warming and intensive fishing3. Why is that?

They’re taking over the seas because they are the sort of animal that benefits greatly from disruption, they have also been unflatteringly dubbed as ‘weeds of the sea’4. Their short life spans and their ability to reproduce quickly allows them to react to rapid changes in the environment. To highlight their persistence, cephalopods have witnessed all five of Earth’s mass extinction events; the Permian-Triassic mass extinction event (252 million years ago) was so severe that it killed off 96% of all species at the time, but the cephalopods just bounced right back up5. 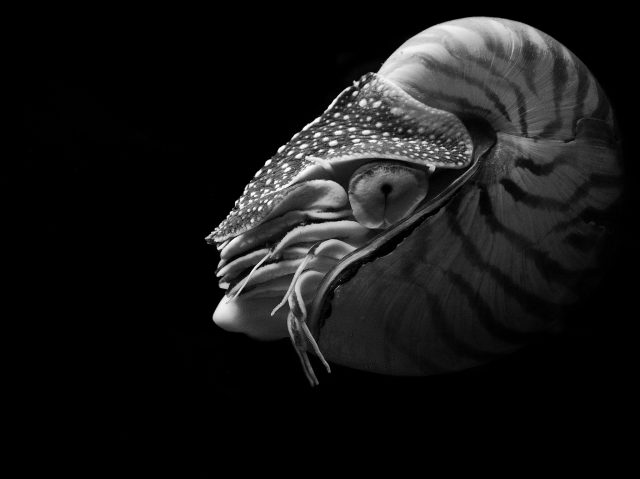 The chambered nautilus (Nautilus pompilus) are part of a lineage of cephalopods that have survived all 5 mass extinctions; the nautiluses are the most ‘primitive’ of all living cephalopods, possessing simple arms and a pin-hole camera eye. Image Credit: Pat David via Flickr. Creative Commons license: https://creativecommons.org/licenses/by-sa/2.0/

The current disturbances to the world’s oceans are global warming and intensive fishing. Global warming benefits cephalopods because rising sea temperatures help to increase their usually sluggish metabolism: allowing them to be more active and complete their life cycle faster6. Intensive fishing may sound bad for cephalopods, but as they replace their numbers rapidly, they can make up for lost numbers. Although, their primary predators – such as cetaceans and fish – cannot replenish as easily as they have slower life cycles; the reduction of the cephalopod’s natural predators mean that they go unchallenged in the seas7.
An immediate effect of their increased numbers is a hampering of their prey species. In turn, this would damage the fishing industry as they eat crabs, small fish, and bivalves; but, at least calamari would always be on the menu. However, we should not be so complacent, as the Japanese have witnessed the arrival of a live giant squid – is it a lost vagrant or a dark prophet for our new tentacled overlords? Only time will tell8.