Could your smartphone diagnose cancer?

In the developed world, cancer is the biggest killer of our age. Following many years of research and clinical experience, the current view is that early detection is the best possible means to tackle this formidable disease. If diagnosed and treated in the early stages, over 90% of patients survive beyond 10 years – this falls dramatically to 20% for cancers in an advanced stage that have spread to other parts of the body (Based on US statistics 1.) What we need is a reliable method to detect cancer early, even before symptoms appear.

How can we detect cancer early?

A global team of scientists and entrepreneurs at biotechnology start-up Miroculus believe they have found a simple, affordable way to detect cancer in its very early stages – using a smartphone. Co-founder and chief technical officer Jorge Soto, speaking at TEDGlobal 2014 in October 2, demonstrated live how their invention – a device named ‘Miriam’ – can detect cancer using a 1 mL sample of blood, a special ‘96-well’ plate and a smartphone to record the result. The sample is distributed across the 96 wells of the plate, which contain patented biochemical ingredients, then the plate is inserted into Miriam while the reaction occurs. Different cancers will cause certain wells in the plate to glow green. The smartphone camera records the pattern of green wells and sends the data to the Cloud to be analysed. The pattern on the plate is compared with existing data, and the results and diagnosis are sent back to the smartphone. This whole process takes as little as one hour. 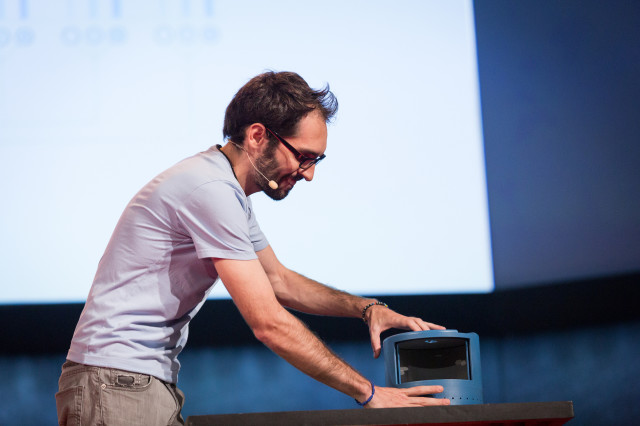 How does it work?

The concept is based on the detection of levels of a biological molecule called microRNA (small fragments of a substance related to DNA). There are over 2000 microRNAs in humans, which exist in all of our cells to regulate which proteins are made from our DNA code. MicroRNAs work by binding to the message sent by DNA and blocking the signal that makes the protein (see the diagram below.) It is estimated that over half of our genes are regulated in this way. However, since cancer is characterised by the switching on and off of genes, the levels of different microRNAs in the cancer cells are modified. In addition, due to the high turnover of cells in a tumour, more microRNAs than usual get released into the blood. Research has shown that the levels of specific microRNAs in the blood are altered during the very early stages of cancer, and that particular types of cancer have their own unique microRNA patterns 3, 4.

Once the microRNAs are extracted from the blood sample using a simple and easily obtainable kit, the sample is applied to the 96-well plate. In a beautifully simple test, each well of the 96-well plate contains a chemical ‘trap’ specific to a particular microRNA. If the microRNA is present in the sample, a reaction occurs which causes the well to glow green. How much and how quickly each well glows, as recorded by the smartphone, gives rise to a kind of signature. If the signature matches that of a particular type of cancer, a preliminary diagnosis can be made and further tests carried out. 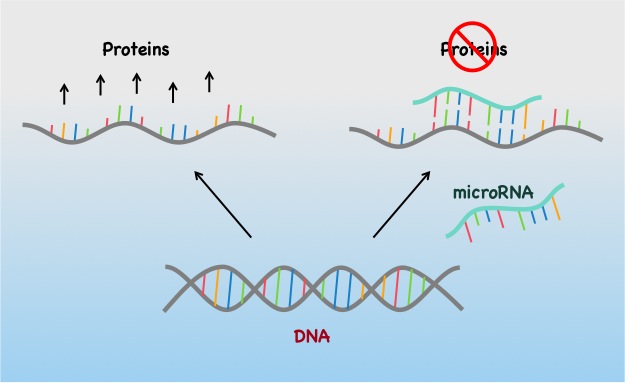 How accurate is it?

Miroculus claim to have successfully identified the microRNA pattern of pancreatic, lung, breast and liver cancers. Blood microRNAs have been especially well researched in breast cancer, and Miriam is now being used in a clinical trial for breast cancer with the German Cancer Research Centre. However, caution must be taken in the use of this technology. MicroRNAs are involved in many normal processes within the body, and as such they can vary according to factors such as diet, medicines and underlying health issues. The approach relies on an accurate database of microRNA signatures, and must be absolutely reliable to avoid false positives or missed diagnoses. To address this, Miriam is initially being launched with pharmaceutical companies, who have the resources to generate masses of useful data. In exchange for using the test to monitor patients’ responses to their drugs, the companies will contribute the microRNA patterns in order to grow the database and make results more reliable.

A simple, non-invasive and affordable solution

The reason this approach has generated so much excitement is that it is cheap and non-invasive. Unlike existing methods, 1 mL of blood is all that is needed – no biopsies or expensive MRI scans. This opens up the possibility of routine screening for common cancers in order to catch them early, before symptoms appear. This is vitally important in order to increase the chances of successful treatment, and is the main driver behind the test’s conception; as Soto says: “I want to see the day when cancer is treated easily, because it is routinely diagnosed at the very early stages.” As well as being used for diagnosis, the test could have great value as a tool for continual monitoring of cancer patients, giving information about prognosis and response to treatment. MicroRNA levels can even be used to predict patient resistance to certain treatments, such as particular chemotherapies 5, which could enable clinicians to select the most effective treatment option for patients on an individual basis.

Another huge advantage of Miriam is that it is extremely accessible – the test doesn’t require a well-equipped lab or a highly trained clinician to perform it. MicroRNAs are exceptionally stable in the blood compared with other biomarkers such as DNA or proteins 6, and so samples don’t need to be processed immediately or require specialist storage. It is also financially accessible – the 3D-printed Miriam device only costs around 500 dollars, and the whole test can be done for a fraction of the cost of current methods.

Although the development of Miriam is still in its early stages, this innovative approach shows great promise in improving the outcome for the millions of people diagnosed with cancer each year. With real-time analytics performed through the sharing of data in the Cloud via a smartphone, Miroculus have provided a truly modern solution to an old problem. They have simply taken an existing concept – that of using microRNAs as biomarkers – and fused it with modern technology to create a stunning example of biotechnology in action.