The Eyes Have It

Evolution has undeniably given us many gifts with which to conquer the world – legs fit for running away from danger, opposable thumbs for making and using tools, eyes to perceive our environments and clever brains to make sense of those perceived images – and it’s been a lengthy process in each case. Think about the eye for example: this incredibly intricate organ has been millions of years in the making (hundreds of millions if we start counting from the earliest light-perceiving fossil discovered, which would have arisen during the Cambrian explosion) and started from a simple structure that could vaguely detect brightness 1. 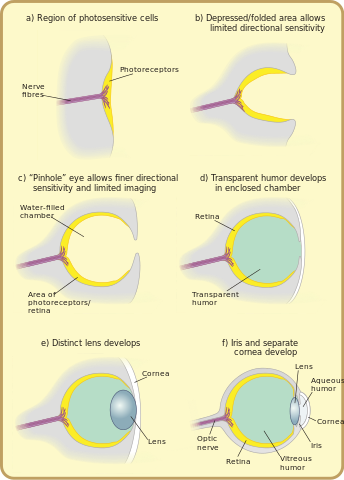 Not all eyes are created equal though. Depending on the organism it serves, an eye may have photoreceptors which are sensitive to light of varying wavelengths – and thus see different colours – or may perceive movement differently. One of the most intriguing evolutionary paths is that of the mantis shrimp, a crustacean widely spread in the tropical and subtropical regions. This creature has managed to evolve compound eyes which move independently from each other, perceive depth individually and contain 16 types of photoreceptors that can detect visible, UV and polarised light. (To put it in perspective, humans only have a meagre 3 photoreceptors – red, blue and green – and can’t see UV or polarised light.)

Unlike most other types of light, polarised light vibrates mostly in one direction, due to being reflected, refracted or otherwise scattered. In cancerous tissue, polarised light is reflected differently from healthy tissue. By systematically measuring voltage changes in the eyes of the mantis shrimp 2, scientists have discovered that these crustaceans can perceive this difference, thus being able to actually distinguish visually between a tumour and normal cells.

As exciting as this discovery is, we can’t exactly employ shrimp as consultants in cancer screenings. So how can we make use of this fantastic ability? Researchers at the University of Queensland are currently working on improving cancer imaging techniques by mimicking the mantis shrimp eye in order to translate polarised light into visuals that the human eye can see and interpret 3. The team has developed a camera that can capture the “invisible” signals on video, and hope that one day it could become a routine noninvasive screening method which anyone can use on their smartphone.