Personally, I have heard the cry of crystallography and its usefulness at least once a month since I began my undergraduate degree in Chemistry in 2011, and started immersing myself in the articles of the aforementioned Chemistry World magazine. As much as I am capable of realising the importance of the technique in terms of how it has shaped the sciences, the sense of amazement and awe I feel when I hear of it again and again is perhaps dulled. I also wonder if there are no other molecular structure-determining techniques that are equally or more deserving of celebration on such a large scale. However, the main aim of the year-long celebration is to raise public awareness of crystallography around the globe, not to reiterate to chemists like myself why it is important. Other aims include developing the crystallography programme in Africa and to encourage the introduction of similar programmes in areas such as Asia and Latin America, as well as marking the 400th anniversary of the discovery of the symmetrical form of ice crystals by Kepler. Sixty-three countries are participating in the celebration – the nearest event to those residing in Scotland is the Nobel Structures: Celebrating Crystallography event in St Andrews, which runs from Saturday the 15th of March to Sunday the 18th of May 2

Before I begin to delve into some of the amazing accomplishments of crystallography, let’s first take a quick look at what it is used for and how it works. 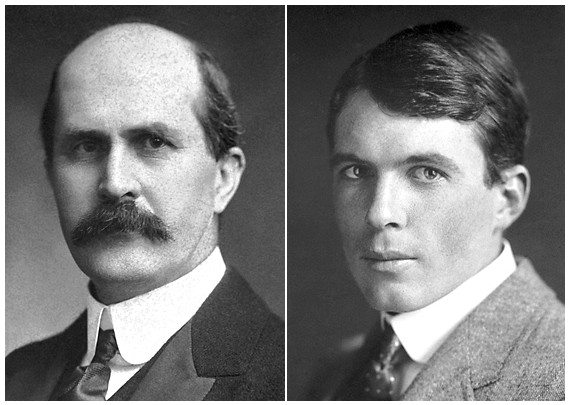 W.H. Bragg (left) and W.L. Bragg (right). Image credit: Nobel foundation via Wikimedia Commons ( License ) (Note that both of the images of both W.H. Bragg and W.L. Bragg were taken from Wiki Commons separately and edited into one. With reference to permission to use the image, the photographer/s is/are unknown and the images were taken before January 1, 1944, therefore both are free to be used)

There is a lot to thank father and son duo W.H. Bragg and W. L. Bragg for – they played a pivotal role in the development of this technique. The pair won a Nobel Prize for their work in 1915, and their discoveries were hailed as having “epoch-making significance” with respect to their predecessor in the field, Von Laue (Laue’s work was also deemed “epoch-making”), whose calculations they greatly simplified 3.

W. L. Bragg (the son), in order to explain experimental results, started to envision crystals as layers of atoms in a regular, repeating arrangement, which behaved as reflectors for any incoming beams, i.e. beams of X-rays. This was a different model to that used by other scientists at the time. The atoms would reflect X-rays away from their surface in the opposite direction of the initial light beam (in science-y terms, the angle of incidence equals the angle of reflection) [lref id=6]. This is not exactly a correct description of the way the atoms interact with electromagnetic radiation, but it is a good enough approximation. This model, accompanied by a little bit of mathematics, led to the famous Bragg’s Law shown below:

In practice, care must be taken when choosing crystals for analysis – often only one crystal is required. An X-ray beam is focused on the crystal, and is consequently scattered by the electrons in the molecule (electrons interact a great deal more with X-rays than the rest of an atom does). This scattering of the X-ray beam produces a diffraction pattern which can then be interpreted using a computer program. Analysis of the diffraction pattern yields electron density maps from which the structure can be determined – an area of concentrated electron density indicates that there is an atom with a high electron count at that position. For example, a carbon atom will be seen much more easily than a hydrogen atom in an electron density map as it contains more electrons. Unfortunately, computer programs are not as efficient as humans are at spotting patterns, and so scientists have to interpret these maps for themselves.

It should be noted that crystallography as a technique is not without its constraints. The most obvious limitation is the fact that the only materials you can study are crystalline solids. Therefore, this technique cannot be used if you are trying to characterise a powder (non-crystalline in nature), liquid or oil (all of which are common products of organic synthesis reactions). There is also uncertainty as to whether or not the crystal used in the analysis is representative of the whole sample. On the other hand, crystallography has a wide range of advantages too: Determination of an unknown structure, stereochemistry (the way the atoms are arranged around each other), as well as bond lengths and angles. Some of these properties can be identified only by using crystallography.

A good way to understand just how widespread the use of the technique is and how important it is to scientists is to look at the number of Nobel Prizes that are associated with it. Twenty-nine Nobel Prizes have been awarded to those whose work has directly or indirectly involved the use of different crystallographic techniques. Of these twenty-nine Nobel Prizes, eighteen were for Chemistry, ten were for Physics and one was for Physiology or Medicine. Two prizes of particular note for science were the 1929 Nobel Prize for Physics, awarded to Louis-Victor de Broglie and the 1962 Nobel Prize for Physiology or Medicine, awarded to Francis Crick, James Watson and Maurice Wilkins. 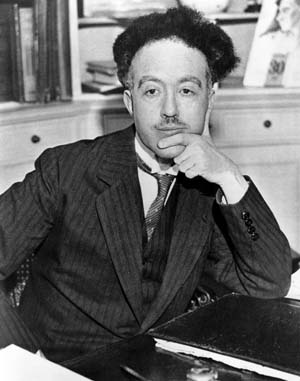 Louis de Broglie was awarded the Nobel Prize for his ‘discovery of the wave nature of electrons’. His work was one of several very significant breakthroughs in physics, helping quantum theory to shuffle into general acceptance. He paid attention to Einstein’s solution to the problem posed by the Photovoltaic Effect – that light had particle-like properties 4, and thought that if light, in some instances, could behave like matter, then maybe the converse was true – what if matter could also sometimes behave like light? If this was indeed the case, then a particle moving at a certain speed would have an associated wavelength – normally described with respect to waves as the distance between two adjacent peaks or troughs of a wave. De Broglie utilised two of the most famous equations from this era of physics in formulating his idea – Einstein’s E = mc2 equation, and Planck’s equation E = hν, resulting in:

Example calculation: What is the wavelength of a 0.160 kg tennis ball moving at 20 m/s?

Note that this wavelength is too small to be measured, as it is smaller than the atomic radius of an atom!

The theory that matter could behave like light was proven in the Davisson-Germer experiment accidentally (see [lref id=10] for more information). This is where the crystallography comes in. Davisson and Germer were directing beams of electrons at a crystal under vacuum. Air entered the reaction chamber, causing the crystal to become covered in a layer of its oxide. In order to remove this oxide layer, the crystal was heated. This caused the properties of the crystal to change. When electrons were fired at it again, a diffraction pattern (like the ones produced by beaming X-rays on to a crystal’s surface) was produced. From this diffraction pattern, Davisson and Germer calculated the wavelength of the electron beam to be within 0.002 nanometres (10-9 m) of the wavelength predicted by the de Broglie relationship and Bragg’s Law. This discovery changed Physics in a perhaps unimaginable way at the time, as it drove the quantum mechanics movement forward. It was later followed by Schrodinger’s equation, which in turn had a profound effect on chemistry – much of the understanding of the shapes of atomic orbitals and how molecules react come from this equation.

Although the famous scientific duo Francis Crick and James Watson are credited as being the first people to untangle the structural mysteries of DNA, they owe much of their success to Rosalind Franklin, a student of Maurice Wilkins (the third recipient of the Nobel Prize). Franklin was working on obtaining X-ray diffraction images of DNA at the same time as Watson and Crick were puzzling over how the four base pairs and phosphate backbone of DNA held themselves together. Maurice Wilkins showed some of Rosalind’s images of DNA to Watson and Crick, after which they realised that the phosphate backbone was on the outside of the famous double helix and not on the inside as they had previously thought. Although Rosalind’s crystallographic contributions are now widely acknowledged in the discovery that jump-started human biology, because she published her work after Watson and Crick, she was not awarded the Nobel Prize in 1962 as maybe she should have been.

There are numerous reasons to celebrate this particular field of science this year. From its usefulness as a technique to understanding structure in the molecular environment, to the discoveries it has helped us scientists to make over the years, I say hooray for crystallography, and may it keep on going.