The Sun: A Closer Look

On 31 August, 2012, a long filament of solar material that had been hovering in the sun's atmosphere, the corona, erupted out into space at 4:36 p.m. EDT. The coronal mass ejection, or CME, travelled at over 900 miles per second. The CME did not travel directly towards the Earth, but did connect with the Earth's magnetosphere, causing aurora to appear on the night of Monday, September 3. Image credit: via Wikimedia Commons

From Earth, the Sun appears to be calm and unwavering; rising in the morning and setting in the evening. It glows above us; its energy gives life to most things on our planet. However, a closer look will show that the Sun is not as it seems.

Sunspots
The Sun is covered in Sunspots ‒ dark, cooler spots on the Sun’s surface (or photosphere, as it’s known among scientists). The dark centre of the Sunspot is called the umbra, and it is surrounded by a dim filamentary area called the penumbra. Sunspots are caused by intense magnetic activity and give rise to solar flares. The temperature of the photosphere is about 6000°C, while that of the umbra is about 4500°C and the penumbra is at about 5500°C. 1 Sunspots always appear in pairs, one of which is a north pole and the other is a south pole. 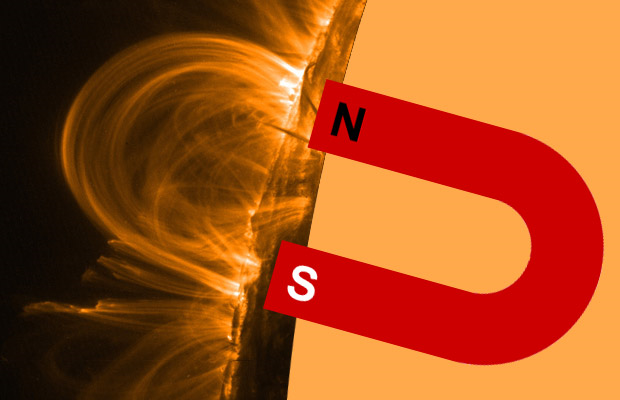 Flares
Solar flares are a sudden burst of radiation on the photosphere. The flares eject a cloud of charged particles into space. They produce radiation across all wavelengths of the electromagnetic spectrum. Flares occur in the active region around Sunspots and are powered by a sudden release of energy in the corona (the Sun’s atmosphere- “corona” derives from the Latin word for “crown”). The same process can also lead to coronal mass ejections (CMEs), which are massive bursts of solar wind being released into space. Near solar maxima, the Sun produces about three CMEs every day, whereas near solar minima, there is about one CME every five days.

Aurora
A geomagnetic storm is a temporary disturbance of Earth’s magnetosphere, caused by the charged particles that make up the solar winds interacting with our magnetic field. The plasma ejected from the Sun hits the magnetic field and travels along the field lines. If the particles hit at the right angle, and with enough energy, then it is possible for light to be produced when the high energy charged particles in the plasma collide with oxygen and nitrogen atoms in the Earth’s atmosphere. The light produced by this process, which is most intense at the Earth’s magnetic poles, is the aurora borealis ‒ commonly known as “northern lights”. At the South Pole, this phenomenon is known as the aurora australis. 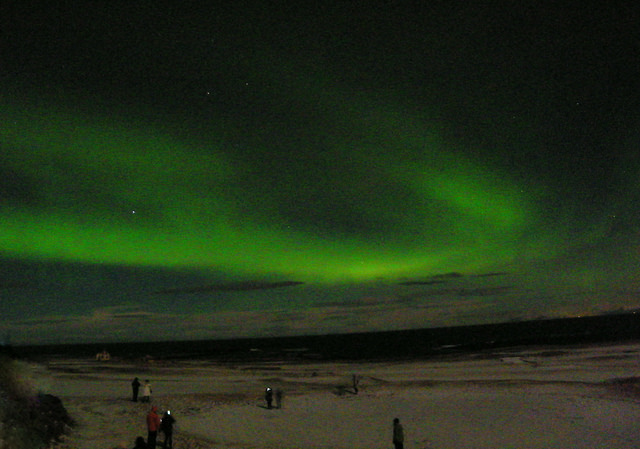 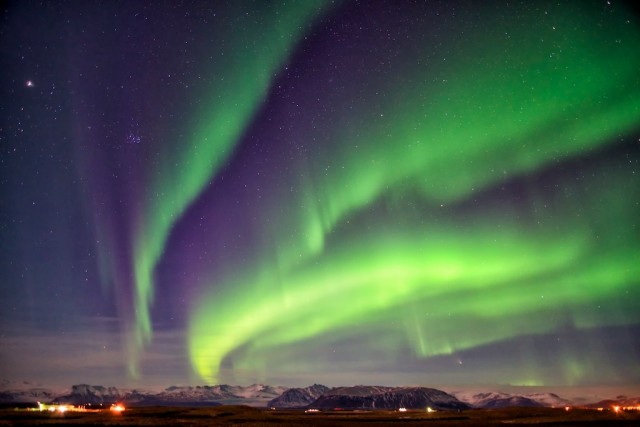 The Solar Cycle
The solar cycle is the periodic change in the Sun’s activity and appearance. The cycle is normally about 11 years long. The phenomenon was discovered in 1843 by Samuel Heinrich Schwabe, who, after 17 years of observations, noticed a periodic variation in the average number of Sunspots seen from year to year on the solar disk. Rudolf Wolf then compiled and studied these and other observations, reconstructing the cycle back to 1745. Starting with Wolf, solar astronomers have found it useful to define a standard Sunspot number index, which continues to be used today. Following the numbering scheme established by Wolf, the 1755–1766 cycle is traditionally numbered “1”.

One of the most powerful solar storms recorded was in 1859, during solar cycle 10. It was discovered by amateur astronomer Richard Carrington. It was so powerful that it shorted telegraph wires, starting fires in North America and Europe, and caused bright aurorae to be seen as far from the poles as Cuba and Hawaii. It even woke gold miners in the Rocky Mountains for breakfast at 1am; because the aurora was so bright, they thought it was morning!
The Earth’s magnetic field shields us from our Sun. Without it, we would be receiving deadly doses of radiation, and life on Earth would not have lasted long in the first place. Despite our natural force field, solar activity can still cause damage on Earth.

Danger?
Damage to satellites and other systems in space can be caused by solar activity. A large enough solar flare could even take out power grids on Earth – this happened in Québec in 1989 2. They have potential to pose radiation hazards for any astronauts in space. Fortunately, most solar protons cannot pass through the hull of the International Space Station and so as long as the astronauts stay inside, they are safe. The radiation risks posed by coronal mass ejections are a major concern in discussions of a manned mission to Mars, the moon, or other planets. Energetic charged particles, like electrons and protons, can pass through the human body, causing biochemical damage, presenting a hazard to astronauts during interplanetary travel. Some kind of physical or magnetic shielding would be required to protect the astronauts. Most proton storms take at least two hours from the time of visual detection to reach Earth’s orbit. A solar flare on January 20, 2005 released the highest concentration of protons ever directly measured, 3 giving astronauts as little as 15 minutes to reach shelter.

The Current Solar Cycle
The Sun is currently in Solar Cycle 24, which began in 2008. In 2008 and 2009, there were almost no Sunspots, a very unusual situation that had not happened for almost a century. Due to the weak solar activity, galactic cosmic rays were at record levels. Sunspot counts rose again in 2010 and 2011, with a small peak in February 2012. Throughout 2013, the Sun was unusually quiet, as this should have been the solar max.
In August 2013, NASA reported: “Something big is about to happen on the Sun. According to measurements from NASA-supported observatories, the Sun’s vast magnetic field is about to flip.” 4 However, the Sunspot number was only at 70 at this point – the lowest peak since 1906.
As of 2014, the Sun seems to be heating up. An X-Class solar flare on January 7th lead to the cancellation of an ISS launch. On January 10th, the Sunspot number was at 138, indicating that we are finally reaching the solar peak that astronomers have been waiting for. Slooh (an observatory in the Canary Islands) believe there may be a second peak of activity that will happen in the near future.
At the moment, it is still difficult for astronomers to determine exactly when a solar flare will happen, but as technology improves, our observations get better and we’ll hopefully get a chance to defend ourselves if another CME hits Earth. A better understanding of solar and plasma physics will help us better protect ourselves in the future and make long haul space travel a reality.

For more information about solar astronomy, see: http://sohowww.nascom.nasa.gov/
And for those wanting a more casual way to get information about astronomy some great twitter pages include: @VirtualAstro and Phil Plait’s @BadAstronomer (Plait also does a great blog on Slate.com)

UPDATE: since this article was written, there has been a lot of recent solar activity. On the night of February 24th, a huge X5 solar flare erupted from the sun. Take a look at some of the photos on the official @nasa Instagram page! For more information, visit the links above. @VirtualAstro is also particularly useful. (But remember- never look too closely at the Sun with the naked eye). Happy sun gazing! 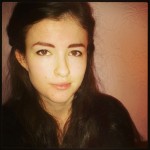 Sophia Clarke is studying Physics and Astronomy at Glasgow University