The Search for Extrasolar Planets

Extrasolar planets are planets outside our solar system, over 850 of which have already been found 1. It is thought that there is, on average, at least one planet orbiting every star. Many of the planets detected so far are large planets like Jupiter and are close to their sun, but in January this year NASA’s Kepler space telescope found an Earth-sized planet in a habitable region (i.e. close enough to it’s star that water is liquid) orbiting a star much like our Sun. This planet has been described as a “prime candidate to host alien life” 2. 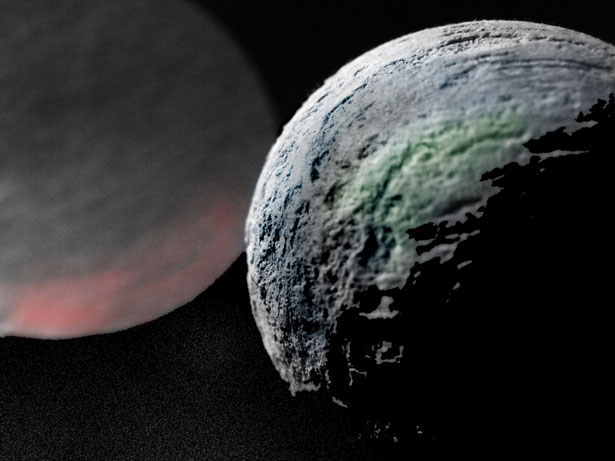 This planet is 1040 light years away. If you were to speed there at 100 mph, it would take 6.97 billion years to reach it. The universe is only 13.77 billion years old, so if there is life on that planet, don’t expect to hear from it any time soon 3. The search continues, though. In March a pair of binary stars were found just 6.5 light years away, their proximity to Earth making them an excellent place to search for planets 4. The system is close enough for Earth’s television transmissions from 2006 to be there already. So any aliens there can enjoy Life on Mars, David Attenborough’s Planet Earth and, um, Ross Kemp on Gangs.