Producing sperm is a complex process. The body starts with stem cells, which develop into the primitive spermatids and finally mature into fully-formed spermatazoa. This process lasts longer than a month, making it one of the longest processes of cell differentiation in the body and a challenge to replicate in a laboratory. However, scientists have recently managed to do just that by isolating testicular tissue from baby mice and using it to cultivate viable sperm. This laboratory-grown sperm was used in IVF treatments to produce twelve live mice that then gave birth to young of their own. 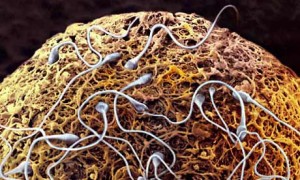 Although current legislation makes the procedure illegal in Britain, the discovery carries huge implications for male fertility. Scientists will finally be able to study the complex process of sperm production in close detail and potentially pinpoint the reasons why some men struggle with deficient or faulty sperm production. By using testicular tissue to create viable sperm, patients who are unable to produce their own sperm may one day have the option of male fertility treatment.

Although the procedure does seem initially successful, measuring the health of the mice involved by their fertility alone remains a crude indicator of success. Any possibility of subtle genetic changes arising during the process would need to be eliminated and the sperm proved safe before this procedure becomes an acceptable fertility treatment.

Importantly, freezing and storing the laboratory-grown sperm did not affect its viability, meaning that boys receiving potentially fertility-damaging treatments for cancer may also be able to benefit from the research by storing testicular tissue for future use. 1

Sophie Brennan-Jones is a recent medical graduate of the University of Glasgow.