Fighting blindfolded: Why testing is considered to be the ‘magic bullet’ to stop the spread of COVID-19 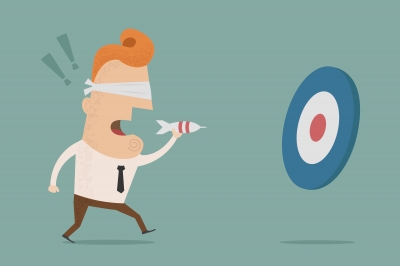 Image by ratch0013 via freedigitalphotos.net

“You cannot fight a fire blindfolded!”, these were the words of the sternly looking Director-General at the World Health Organization’s (WHO) media briefing on the 16th March 20201. The total number of global COVID-19 cases stood at 167,515 and, just days before, WHO had classified the COVID-19 outbreak as a pandemic. Dr Tedros Adhanom Ghebreyesus issued a stark warning to all countries, urgently demanding more should be done to fight the spread of COVID-19. “Test, test, test!”, was the simple advice given by the head of WHO, referring to the lab-based test which can detect SARS-CoV-2, the coronavirus responsible for causing COVID-19. Just before Christmas, this mysterious new respiratory disease had emerged in China and since then started to spread rapidly around the globe. With vaccines a distant hope, and no immediate treatment at their disposal, WHO had identified testing as the major weapon to stop its spread.

But why did WHO think testing people for SARS-CoV-2 was so important? The rationale behind Dr Ghebreyesus’ advice was straight forward; if you know who is carrying the virus, this person can be separated from the population, minimising the danger of the individual passing the virus on to someone else. By doing so, the chain of infection is disrupted, preventing further spread of the virus. This approach is not new and has been applied many times before during outbreaks of other dangerous infectious diseases, such as SARS, MERS, or swine flu.

So, what is this powerful weapon WHO was referring to? The test, which Dr Ghebreyesus was asking countries to roll out, is based on a biochemical process called polymerase chain reaction, or just PCR. The PCR test allows the rapid detection of an organism’s genetic information, which is either stored as DNA or, as is the case for coronaviruses, RNA. A PCR test can detect if someone is actually infected with SARS-CoV-2, even if this person does not show any symptoms. This is in contrast to an antibody-based test, which is still not available on a broad scale, but which could tell if someone had COVID-19 in the past and might be protected from reinfection.

The basic workflow for a PCR test goes as follows: from the sample of a suspected patient, typically in the form of a mouth or nasal swab, all RNA is isolated and purified. If the suspected patient is infected with SARS-CoV-2, the viral RNA would be part of that sample. Before the RNA can then be analysed by PCR, it is converted into DNA. This DNA is often referred to as complementary DNA (cDNA) because it is a complimentary copy of the original RNA. DNA is much more stable and less delicate than RNA, and therefore easier to handle in a lab. Small pieces of the cDNA are then amplified during the PCR, whereby millions of identical copies are produced, which can afterwards be detected. It is this amplification that makes PCR tests so sensitive to even a few virus particles in the patient’s sample, which otherwise would be undetectable.

Before the groundbreaking invention of the PCR in the 1980s2, pathogens had to be grown in the lab before they could be detected, a process that was complicated and often took days or weeks. Alternatively, indirect tests had to be performed, which could be unreliable or ambiguous. But most importantly, because of the simple biochemical process which underlies each PCR, existing tests can be easily adapted to new pathogens with just a few tweaks. The first PCR tests which could detect SARS-CoV-2 were already available in January, just weeks after the outbreak had started.

There is just one caveat; our body’s linings are typically covered with thousands of different microorganisms such as bacteria, fungi and viruses, all containing RNA. Also, our own RNA will be part of the sample, and a suspected patient could be infected with another type of coronavirus, most of which just cause a common cold. Therefore, it is important that the PCR test not just amplifies any RNA, but specifically detects RNA from SARS-CoV-2.

This specificity is achieved by not amplifying just all RNA in the sample, but by only producing copies of the RNA which is unique to SARS-CoV-2. If you consider the genetic code like a book, DNA and RNA are just the string of letters which make words and sentences. While a book will contain words and sentences which can be found in many other books, some will be unique to that particular book. The PCR test for SARS-CoV-2 therefore only detects and copies sentences which cannot be found in any other book, or going back to the original analogy, the genetic code of any other organism.

While it is important for the treatment of a critically ill patient to determine whether that person is actually infected with SARS-CoV-2, a positive effect on halting the global spread of COVID-19 can only be achieved if testing is rolled out in the community, in combination with another powerful strategy called contact tracing. Public health experts refer to this method as ‘test and trace’. Thereby, through detective work, an army of public health workers will try to identify every single contact of a positive tested person, who might have been infected during that contact. These contacts then need to self-isolate, stopping them from potentially passing the virus on to someone else.

In an ideal scenario, adherence to self-isolation will be monitored, and if necessary, people will be reminded of their responsibility to the community to do so. On average, each person carrying SARS-CoV-2 will infect 2-3 other people, leading to the exponential increase of infections seen over the last few months. If this transmission chain can be broken there is hope the spread of SARS-CoV-2 can be stopped.

Testing offers additional advantages in terms of treating COVID-19. It enables patients staying at home to be monitored closely, and in case of their health deteriorating, treatment can be administered in a timely manner, greatly increasing their survival chances. Testing is also important for frontline staff, such as doctors, nurses and care workers, self-isolating at home. If they test negative for SARS-CoV-2, they would be able to return to work, not needing to take valuable time off. Regular testing of key workers allows us to identify those infected with SARS-CoV-2 without showing any symptoms, who can then self-isolate to prevent infecting patients or the elderly under their care.

Now, fast forward to mid-April, five weeks after WHO’s plea to the world to scale up testing. Although at this point reliable data is scarce, there appears to be a clear pattern emerging. Countries following the ‘test and trace’ strategy are registering relatively fewer deaths per capita than countries who are not. Prime examples are Germany, Singapore and South Korea, who have taken WHO’s advice to heart and have urgently ramped up their testing capabilities3. Looking at the global numbers, these three countries have recorded an exceptionally low number of deaths among their population.

On the other hand, some countries have taken a different approach. Among them, the UK, only testing patients in hospital with severe symptoms, and far from trying to trace every single contact of a positive test. The reasons for the different approaches are complex, including different scientific strategies to tackle the spread of SARS-CoV-2 at the beginning of the outbreak, as well as overall differences in the diagnostic infrastructure, bureaucratic hurdles and inflexibility of public health services. However, the emerging differences seem to clearly speak in favour of WHO’s advice, highlighting the power a simple PCR test can have.

At the time of writing (20th April 2020), the UK had carried out about 500,000 tests and registered more than 16,000 deaths, while Germany’s death toll was still well below 5,000, but had tested more than 1.7 million citizens4. Although a multitude of reasons will have contributed to these differences, there appears to be an urgent need for governments to increase their testing capabilities, and to roll out testing among healthcare workers and within communities on a broad scale. In the end, only time and research by epidemiologists, public health specialists, and other experts will tell what the better approach has been, and what exact impact testing had, once this global crisis is over. But for now, PCR tests are one of the few bullets we have to tackle this devastating disease.

This article was specialist edited by Oliver Coombs OBrien and copy-edited by Miriam Scarpa.

Sebastian obtained a PhD in Biochemistry from the University of Potsdam (Germany) and since 2015 works as a postdoctoral researcher at the University of Glasgow, where he investigates epigenetic mechanisms of gene regulation in Malaria parasites.

Need a mid-day pick-me-up?
How about some Mars rover?

Interact with a 3D model of @NASAPersevere created in collaboration with @GoogleArts: https://go.nasa.gov/3swMjuf

I don’t understand why we just wouldn’t continue to wear masks anyway? If we can? Surely this is a sensible measure to continue with in enclosed spaces like trains etc

LIVE🔴
I've sent back the videos I took of my Mars landing. It was quite the ride! Tune in to see this one-of-a-kind footage and some of my latest pics of Jezero Crater. Comment your questions below or use #CountdownToMars.