Can Vitamin D deficiency increase the risk of Diabetes? 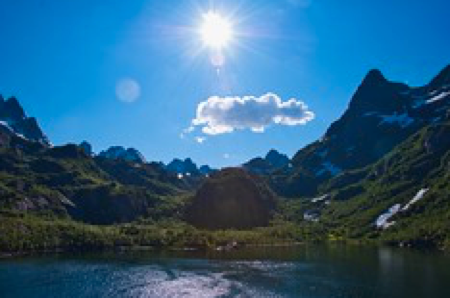 Vitamin D, an important hormone, is known as being essential for bone health, but its role in the body is much more extensive. A deficiency in Vitamin D increases the risk of cancer, autoimmune diseases, heart disease and infection. An increasing body of research suggests that Vitamin D deficiency can also contribute to insulin resistance. Insulin is another key hormone, helping control blood glucose levels in the body. Insulin resistance can eventually lead to diabetes type 2.

Many studies have observed that Vitamin D deficiency is associated with an increased risk of insulin resistance.1Additionally, intervention studies have shown that Vitamin D supplementation can reduce insulin resistance. A study with 60 Vitamin D-deficient diabetic patients, participants received either a placebo or a high weekly dose of Vitamin D for six weeks followed by once every four weeks until the end of the study. After six months, markers of blood glucose control had significantly improved in the Vitamin D group compared to the placebo group.2

To better understand the connection, let’s have a look at what insulin does. Insulin is a hormone produced by the pancreas that, among other functions, helps cells signal for appropriate sugar uptake from the blood. It does so by binding to insulin receptors on the cells’ surface. Insulin resistance means that cells become less responsive to insulin, and more and more of the hormone is required for blood sugar regulation. When the pancreas can no longer produce sufficient amounts of insulin to regulate the blood sugar, type 2 diabetes becomes a real risk.

Vitamin D has anti-inflammatory properties, and inflammation is a known driver of insulin resistance.4 Specifically, inflammation harms the insulin-producing “β-cells” in the pancreas. Vitamin D normalizes the influx of calcium, which is required for insulin’s release from β-cells. In cells that take up glucose from the blood, vitamin D enhances the expression of insulin receptors and insulin-dependent glucose transporters. Thus, vitamin D plays a role in increasing the cells’ sensitivity to insulin and glucose uptake.5

Why do people become vitamin D deficient? Vitamin D cannot be easily obtained from food, but it can be produced in the body when exposed to sunlight. Because many people spend the daylight hours in an office, with little time outside, they often don’t get sufficient sun exposure. The risk is especially high in countries like Scotland, where days are very short in winter, and sunny days is scarce throughout the year. More than half of the Scottish population (57%) is vitamin D deficient during winter, and even in summer the level is still high, at (17%).6 Due to this widespread Vitamin D deficiency, the British Scientific Advisory Committee on Nutrition (SACN) recommends supplementing 10 micrograms vitamin D per day.7Alongside this recommendation, we must further develop our understanding of the interactions of these hormones in the body and their consequences. In doing so, we can improve our general health and prevent against diseases, such as type 2 diabetes.

Facial recognition tech doesnt help prevent crime, is fundamentally racist by design, is currently being used to enforce segregation/an ongoing cultural genocide in China and is now being actively implemented by The Metropolitan Police

GISTer @emilyxarmstrong is speaking about epigenetics tomorrow at an art gallery. It looks like an awesome event! https://facebook.com/events/s/our-world-the-world-to-come-in/480962939446605/?ti=icl

I enjoyed reading this @GlasgowGist article: I am a very visual person and I believe images are very important in helping explain complex information: An image is worth a thousand words https://the-gist.org/2020/01/an-image-is-worth-a-thousand-words/

A great article highlighting how effective images can be to illustrate science! 👏 https://twitter.com/GlasgowGist/status/1220671677991997441

And here it goes! My article for theGist is out today!!! Happy to write about the relationship between art and science in An image is worth a thousand words https://the-gist.org/?p=11603 via @@glasgowGIST