“Rat arsed”, “drunk as a skunk” and “hair of the dog” all relate animals to intoxication, but perhaps we should add another to the list: “puffer fished”. In a recent BBC1 documentary, Spy in the Pod, robots infiltrated a school of dolphins and made a startling discovery; some of the dolphins were seen to be taking turns sucking on a puffer fish, apparently to get high. Similar to toads (yes people lick these), the skin of some puffer fish contains poison which, in small doses, can have intoxicating effects. This got us at theGIST thinking about other animals that seem to enjoy Mother Nature’s own drugs; it appears it’s far from just humans and dolphins.

Australia produces 50% of the world’s legally grown opium. This is the stuff that is used to make morphine and other painkillers, but opium can also have some rather psychedelic side effects. In Tasmania, wallabies find their way into the poppy fields and then get baked 1. The wallabies jump around in circles for long periods of time, causing flattened crops. Before the locals knew about the opium habits of local wallabies, they were a little bemused at the mysterious crop circles that they kept finding. The usual conspiracy theories about alien landings floated around, but of course, the jumping of stoned wallabies was to blame . 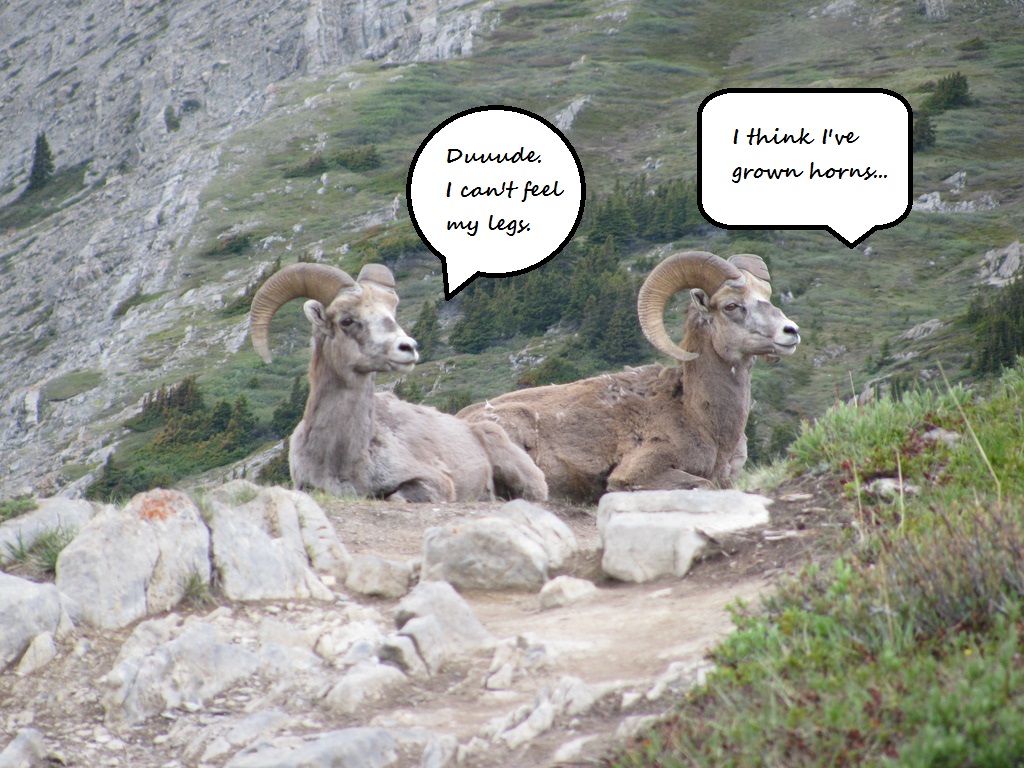 Another animal that occasionally enjoys narcotics is the bighorn sheep found in the Canadian Rockies [lref id=2]. The narcotic in question is a type of lichen, a fungus with a photosynthetic partner, which grows on the exposed surfaces of rocks, and has a reputation of growing where no other plants do. It can take as long as one hundred years for lichen to cover just one square inch of rock. Bighorn sheep never roam far from their group and they often settle in the same areas for years at a time. The fact that lichen grows in such remote conditions makes it difficult to find, and often tough terrain has to be crossed to reach it, but an addicted sheep will ditch its flock in search of its next hit. The sheep ingest the drug by scraping the plant off of rocks using their teeth. The drug habit can become so compulsory that they end up grinding their teeth all the way down to the gums in an attempt to extract every last bit of the plant.

It may seem that animals have a preference for what we humans would call hard drugs; puffer fish poison and opium aren’t exactly at the light end of the drug spectrum. In reality, though, a range of animals also indulge in one of our species’ favourite intoxicants: alcohol. From aggressively drunk elephants to very merry monkeys, many animals seek out alcohol with an almost worrying obsession – and it doesn’t always end well.

Drunk birds across the globe have been a particular cause of concern for zoologists and veterinarians. In Australia (a country that appears to have its fair share of animals under the influence), ‘Drunken Parrot Season’ happens once a year 2. At this time, significant numbers of red-collared lorikeets can be observed falling out of the sky and stumbling around on the ground, as if in a drunken haze. Although experts doubt that the parrots’ behaviour is solely caused by alcohol, a main reason is thought to be the ingestion of fermented fruit available in that specific time period. Around half of the birds brought to shelters end up dying of their intoxication. This also happens to UK and US songbirds too. 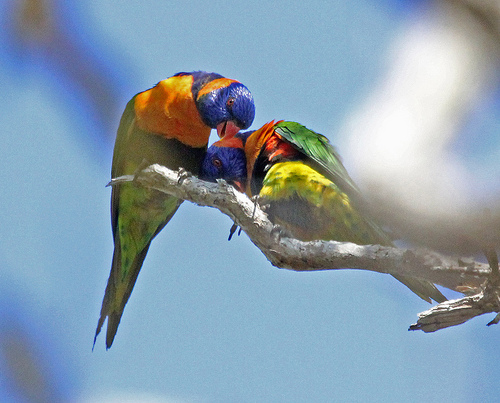 The seasonal drink death of Aussie birds is a sad affair but unfortunately not a unique one. A couple of years ago, the Austrian capital Vienna experienced a similar mass death of songbirds, which had all apparently killed themselves by flying into things and breaking their necks. Post-mortems revealed livers in such poor shape that one might reasonably consider Vienna’s songbirds straight-out alcoholics. Events of a similar nature have been observed around the world; the cause is usually thought to have been consumption of fermented berries containing alcohol. We might consider a drink once in a while to be relatively benign, but as these grave stories indicate, our feathered friends just can’t hold their liquor. They have incredibly fast metabolisms, and if you think that drink driving is dangerous…

Although it’s fun to think about animals getting intoxicated, one should always be careful not to assume that the effects humans feel are universal. For example, for many years it was thought that the Australian mistletoe bird would become so intoxicated on mistletoe berries that it would make love to the tree. The birds were seen rubbing so vigorously against the branches that the onlookers believed romance to be the only explanation. We now know that this is just not true. The birds perform this routine to remove gluey seeds that become stuck to the bottom of their feathers 3.

One example of animals deliberately seeking out drugs for purely intoxicating effects is cats and catnip. Catnip is a perennial herb that smells quite heavily of mint. If a cat finds this herb in the wild it will lick and occasionally chew on its leaves. Often this is followed by the cat staring into space or rubbing its cheeks against the plant, normally for around ten minutes. Cats will then habitually return to the plant to feed their addiction. Biologists have confirmed that catnip is used by cats solely for pleasure. When cats are given catnip in high doses they can display signs of sexual stimulation. Male cats obtain full erections and female cats take their mating stance and produce their mating sounds. No wonder cats love the stuff so much.

It seems that there are plenty of animals who experiment with drugs and we’ve only explored a few. You should now not be surprised if you hear that Flipper, Topcat, Tweetiepie or Wally the Wallaby (yes this is a thing) occasionally get intoxicated. Animals regularly get into all sorts of druggie trouble via the accidental fermented (boozy) berry or a sexually stimulating garden herb. Just like in the human world, this can have a range of consequences, some worrying, others amusing. One thing we know for sure: everyone else is doing it.