Is Blockchain worth the Hype?

Blockchain, as a technology, has been very controversial from the beginning. Even now, people don’t fully understand it and associate it with cryptocurrency, unaware of its true value. Blockchain was introduced to the world in 2008, in the form of Bitcoin’s backbone by Satoshi Nakamoto1. In 2018, it was listed as Cognizant’s top “Biggest let-downs of 2018” but once, it was considered as the “future of everything”2. So, what changed? In today’s world, blockchain is being used in multiple industry verticals, specifically in areas where trust and security are required to co-exist together, and therefore blockchain has always been considered as a technology that has the potential to take us to the New Age of Digitalisation. This article intends to throw some light on the same. 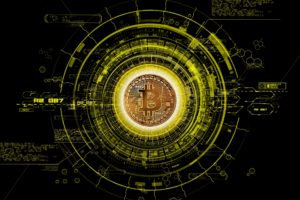 Blockchain was introduced in the form of Bitcoin’s backbone by Satoshi Nakamoto. Image by Pete Linforth (CC BY 2.0)

The idea of blockchain was first introduced to the world as the backbone of bitcoin, the cryptocurrency. In simple terms, blockchain is made up of two main components: the distributed ledger and the consensus algorithm. The public distributed ledger is a database with copies held by all participants of the blockchain network. The consensus algorithm of the blockchain is its Unique selling point as it can influence changes in data and choose the decision rules that enable a new entry to be added in the public blockchain. Hence, a blockchain is basically a public database that is consensually shared and synchronized across multiple sites, and is accessed by many people, and it uses a consensus algorithm to achieve an agreement about adding data to the block. It ensures reliability in the network. Blockchains are of two types: public, which is the basic decentralised version where each participant has access to content, and private, where only approved members have access. The type of blockchain being used by an organisation depends on the transparency required by the organisation. Therefore, it shows that blockchain is a shared, and non-changeable ledger that helps organizations and individuals record and store details about transactions. The key elements of a blockchain are distributed ledger technology, immutable records, and cryptographic functions. It can create value for businesses with its unique traits of security and immutability, thereby adding a source of trust.

Blockchain is rightly considered to be a fascinating data structure that has a lot of hype around its concept and applications in various domains. As mentioned above, blockchain has the potential to revolutionise the digital world, and monetise and unlock the digital values that are hidden yet. It can also have a massive social impact and lead human interactions with a new perspective. The main reasons that led to blockchain gaining massive attention were its key features of trust, uncensored repositories of data and information, no location barriers, distributed ownership, immutable and irrevocable data, and cryptographic signatures. Any system that used blockchain was guaranteed authenticity and authoritativeness. Therefore, it can be rightly said that blockchain has the potential to impact the world at large, and change how we live, work and interact with others. 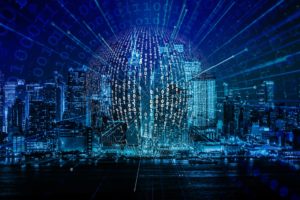 Blockchain is considered to be a fascinating data structure. Image by Gerd Altmann (CC BY 2.0)

Due to its unique features of security and trust, blockchain fits many use cases in a diverse range of industries. Initially, blockchain was believed to only enable the creation of cryptocurrencies, but since then, it has also been believed to transform entire industries. The global blockchain technology market is estimated to accumulate $20 billion in revenue by 2024. Currently, the financial sector accounts for more than 60% of blockchain’s worldwide market value and this number is believed to grow even more soon. Other key industries that use blockchain are supply chain industry, healthcare, real-estate and retail 3. Blockchain is being used in the banking and finance industry to serve a range of purposes, such as executing international payments, improving capital markets, and conducting trade finances. It is also well-suited for tracking real-time goods and can be an asset for the supply chain industry. As healthcare is becoming more and more digital with every passing day, blockchain can help connect medical devices and interlink patient data. Blockchain could also be used in the real estate industry to help verify finances, reduce fraud using encryption, and offer transparency in the buying and selling process. Media companies have also started using blockchain to eliminate fraud, reduce costs, and protect Intellectual Property (IP) rights of the content. Also, blockchain can be used to execute energy supply transactions. Another key aspect of blockchain is implementing smart agreements in the form of smart contracts, and blockchain based Internet of Things (IoT), however all aspects of these areas still need a lot of research to be undertaken. Blockchain’s potential as a decentralised method of record keeping is nearly limitless. The technology, thus, has the potential to transform industries, and it can be incorporated in various business methods ranging from voting, government, education, information storage, contract exchange, healthcare to facilitate change and enhance businesses.

Cryptocurrency is one way of incorporating blockchain in a business, but it’s not everything. Of course, it provides the users with an immutable database, source of trust, and a way of securing data but that’s not all a blockchain has to offer. Blockchain is much more than just the fuel behind bitcoin, but for this technology to be used to its full potential, in-depth research needs to be conducted to gain a better understanding about the implementation of blockchain applications.  There is a lot more work to be done before the technology can fulfil its promises. Blockchain systems have weaknesses in many domains, and that makes mass adoption of blockchain a far-fetched idea. The technology faces various challenges in the form of data privacy and security, implementation costs, scalability, and insufficient knowledge of blockchain. Blockchains are only as secure as their weakest link, causing a threat to privacy of the entire chain. The complete transparency that is offered by blockchain, is not always a good idea as the data of customers and partners would be exposed. In terms of scalability, the larger the blockchain, the more the vulnerability, and the redundancy of blockchain makes it hard to scale. The core concept of blockchain, decentralisation, leads to there being no central authority to enforce law and order in the network. Blockchain technology uses more energy than any other type of centralised system. Not only does its redundancy require more power than a typical centralised cloud-based system, but its transaction validation mechanism also plays an important role. There are always some significant technology costs associated with adding blocks. Also, in most cases the blockchain tasks can be met by using some cheap alternatives, therefore it’s not the answer to all problems and should be used where the specific system needs are being met by the key features of blockchain. In the future, blockchain is expected to grow tremendously with IoT (Internet of Things) being the key driver to the proliferation of blockchain. Last few years have been quite interesting for blockchain technology, both in terms of adoption and mainstream acceptance. Many institutions had taken a step forward to become part of the ecosystem but incorporating blockchain is not that simple. Using blockchain is a very slow process and has scalability issues. It requires high energy consumption, is inefficient, and expensive. Blockchain is also difficult to maintain as each user needs to maintain their own wallets or else, they may lose access. This technology, in my opinion, is still not mature enough and has a long way to go before it gets standardized.

Now, to answer a major question: “Is blockchain really worth all the hype and attention that it is getting?” The answer is not that simple. There are a lot of things to consider when using a blockchain-based platform, starting from making sure that you have adequate knowledge about blockchain and time requirements. Many organisations may want to implement the blockchain technology, but it is important to consider and understand the boons and banes it is offering. Whether or not blockchain is right for an organisation depends on if the benefits outweigh the cost. Non-blockchain based systems that offer centralised systems will always be cheaper, faster, easy to implement and maintain, and less secure. But, if a blockchain-based decentralised system is offering the security needs and transparency a business requires, then blockchain is the right choice! The key lies in figuring out what works the best for an organisation.

Adam is an infection biology student at the University of Glasgow. He enjoys gaming and football and is currently trying to find a PhD.