Sacrifices in the name of science: is animal use ethically justified? 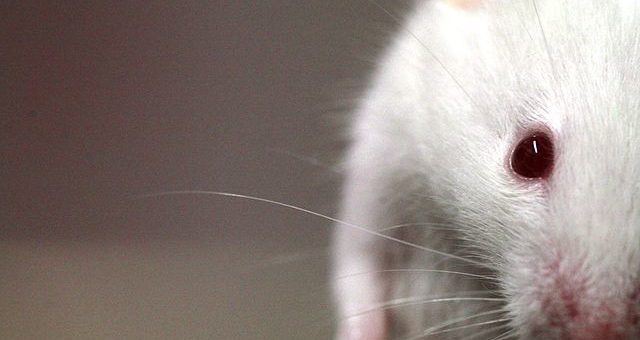 Two million eight hundred and eighty thousand (2,880,000): that is the number of scientific procedures that were carried out in living animals in the UK in 2020. Quite a high number, right? Yet, the animal use for scientific purposes in the UK has declined by 24% over the past 10 years! Science seems to be moving away from traditional animal testing as technology develops, but those who already have a strong opinion on this topic should be aware that there are valid arguments to support both sides.

The use of living animals for scientific purposes in the UK is regulated by the Animals (Scientific Procedures) Act 1986 (ASPA), which exists to ensure that living vertebrae (other than human) and cephalopods (like octopus and squids) do not undergo unnecessary pain, suffering, distress or lasting harm during scientific procedures. Animals in the UK are quite lucky that the type of procedures, the level of suffering and the number of animals used each year must be rigorously reported. In fact, the reporting of animals for scientific purposes in Great Britain is the most comprehensive in the world! Let’s take a closer look at some current statistics to help us understand why animals are needed in science in the first place.

The majority of the research animals employed in the UK last year were used to study the immune system, the nervous system and cancer. Usually, when we hear about animal experimentation, mice come to mind. They are indeed by far the most commonly used members of the animal kingdom in British research centres mainly because they are cheap and offer a relatively accurate reflection of how the human body functions. Now, bear with me while I throw some numbers at you; 84% of all animals used for scientific purposes in Great Britain last year were mice (57%), rats (14%) and fish (13%). Specially protected species – our beloved pets (cats, dogs, horses), as well as non-human primates – underwent 18,000 scientific procedures last year, amounting to 1% of the total investigations. For a complete picture of the animal use in science in the UK since 2001, visit the Home Office’s report via this link.

Now that we have an idea of the type of animals that are used in science and the type of research that they are employed for, let’s focus on the hardest and most subjective part: ethics. As with most things in life, there is little room for black and white answers in the realm of ethics and things can turn quite philosophical the more you dive into the whys and what ifs of debatable concepts. However, there are a few popular viewpoints on the use of animals in scientific research, so let’s take a look at each of them and see which one resonates with you the most.

Starting from one extreme on the spectrum of opinions, the contractarian approach in animal ethics bases its arguments on the existence of a “contract” that humans agreed upon a long time ago to allow the prosperity of our species. In essence, after accepting that all beings in nature are in danger of being harmed by others, humans – as a rational species – grouped together and decided that it would be against our chances of survival if we didn’t agree not to harm each other. In this view, the rational negotiators of the agreement are also the beneficiaries, since only humans are considered rational. Some contemporary contractarian standpoints argue that the contract could be altered to include those who cannot negotiate for themselves (meaning the animals). However, as the contractarian approach is based on self-interest, why would someone want to include other species in the agreement? One possible reason would be based again on self-interest. If we were to consider ourselves the creators of a new society, with no idea of the part that we would play in it or our intelligence level (termed ‘veil of ignorance’), it would be to everyone’s interest to play fair because we wouldn’t want to be harmed if we ended up in the non-rational or minority group. Despite the presence or lack of a ‘veil of ignorance’, the contractarian approach fails to attribute a moral value to non-human species, as it would only consider them as part of the contract on a self-interest basis. This gives the opportunity to the supporters of this view to sleep well at night when considering animal experimentation, since no rational party of the agreement is being harmed. For more information on this view, follow this link.

Shifting now a bit more to the centre of the spectrum, the utilitarian approach is slightly more balanced in that it attributes a moral value to all sentient beings that can have experiences — be it human or animals. There are many standpoints in the utilitarian approach, however they all agree that the total amount of benefit or satisfied preferences (what someone wants) should be more than the amount of suffering or frustrated preferences involved. It would therefore be justifiable to allow the suffering of a few if more are going to benefit. Following this line of thought, animal experimentation is only allowed if the total amount of suffering undergone by the animals is less than the amount of benefit that humans will reap as a consequence (i.e. the development of a life-saving drug or the understanding of a particular complex disease that could save millions). This view has some logic in it, in that it strives to ensure the maximum good experiences over the maximum bad experiences that can happen. Yet, it follows a ‘means to an end’ philosophy, not considering the way in which the few are going to suffer for the benefit of the many. This link can offer a more detailed explanation of the different types of utilitarianism for those interested.

As the name suggests, this view looks at our moral duty towards animals according to the relationship that we have with them. Pets tend to yield the benefit from that agreement over wild animals or pests for instance because they are under our care and we have a moral duty to ensure their wellbeing. No such duty however exists for wild snakes or rats, which most of us would like to stay as far away as possible! In some cases, we even go as far as killing the rodents that infest our property, so in the eyes of the relational viewers, lab animals (most of which are rodents) do not fall under the scope of our protection. The use of specially protected species on the other hand would be more controversial, as they are considered closer to humans in terms of company, interactions or intelligence. So in summary, as long as we don’t have emotional attachments to the animals that are used in scientific research, the relational view accepts it morally. I suppose that Tom is particularly happy with this scenario — poor Jerry!

Moving now to the other side of the spectrum, a trending view is the animal rights position, which gives a moral status to the animals, sometimes equal to the one attributed to humans. Despite the presence of various viewpoints, the main idea that this approach conveys is that animals are born with inherent rights that should prevent us from exploiting them for our benefit (medicine, beauty, food, breeding, etc.) or killing them. Hopefully you notice the difference of this view to utilitarianism, which allows animal experimentation as a ‘means to an end’. On the contrary, supporters of the animal rights theory do not rationalise the sacrifice of animals in the name of science, purely because it violates their right to live and be treated with respect. This view is the perfect example of the phrase ‘the end doesn’t justify the means’. On the other hand, it would be interesting to consider where we would be right now in medicine without testing the treatments on animals before they are used on humans. Although there are considerable efforts to replace the animals in scientific experiments with in-vitro models (cells growing in the lab) or even computer programmes, we are not quite there yet. That’s why there have been compromises by both the UK government and the animal rights activists; the law allows the use of animals in research, however, forces the research centres to perform procedures in the most humane way possible and avoid unnecessary harm and suffering to the animals. For a balanced view of the implications of the animal rights theory, visit this link.

In this final viewpoint – which goes hand in hand with the animal rights approach – respect for nature argues that human intervention to the ‘natural way’ of things should not be permitted. According to this approach, humans are not superior to animals. Additionally, no species is considered individually, rather as a whole, and it is not acceptable to allow its endangerment because its existence is important for the ecosystem that it is part of. Following the same line of thought, the genetic modification of animals is also not morally acceptable, since ‘Mother Nature’ did not perform it. Therefore, the use of genetically modified animals for animal experimentation is not ethically justified and should consequently be banned. If you are looking for an in-depth explanation of the respect for nature approach, this link will not disappoint.

In summary, the use of animals in science might sound ethically justified to some, acceptable to others (as long as our cute furry friends are not involved in the process) or even utterly gratuitous to those who do not consider animals inferior to humans. However, both animal rights activists and scientists are aware of the ethical issues raised by animal experimentation and both parties agree that an alternative should be sought after when possible. I suppose that, apart from working on alternative methods, acknowledging the sacrifice of those animals for our benefit is currently the humblest thing that we can do. The world community does that by celebrating the World Day for Animals in Laboratories on the 24th of April.

My name is Lydia (she/her), I am 23 years old, I come from Greece and I have lived permanently in Scotland for the past seven years. I am in my 1st year of a PhD working in the Beatson Institute. My project entails the use of a mouse model to successfully test combinations of radiotherapy and immunotherapy for the management of rectal cancer, which will hopefully be of clinical value to human patients. In my free time, I enjoy writing poetry, reading books, going for walks, playing the piano and chess, knitting and learning foreign languages. I hope that by writing for the GIST I can improve my writing skills and spread my knowledge and viewpoints on several matters that I feel passionate about.