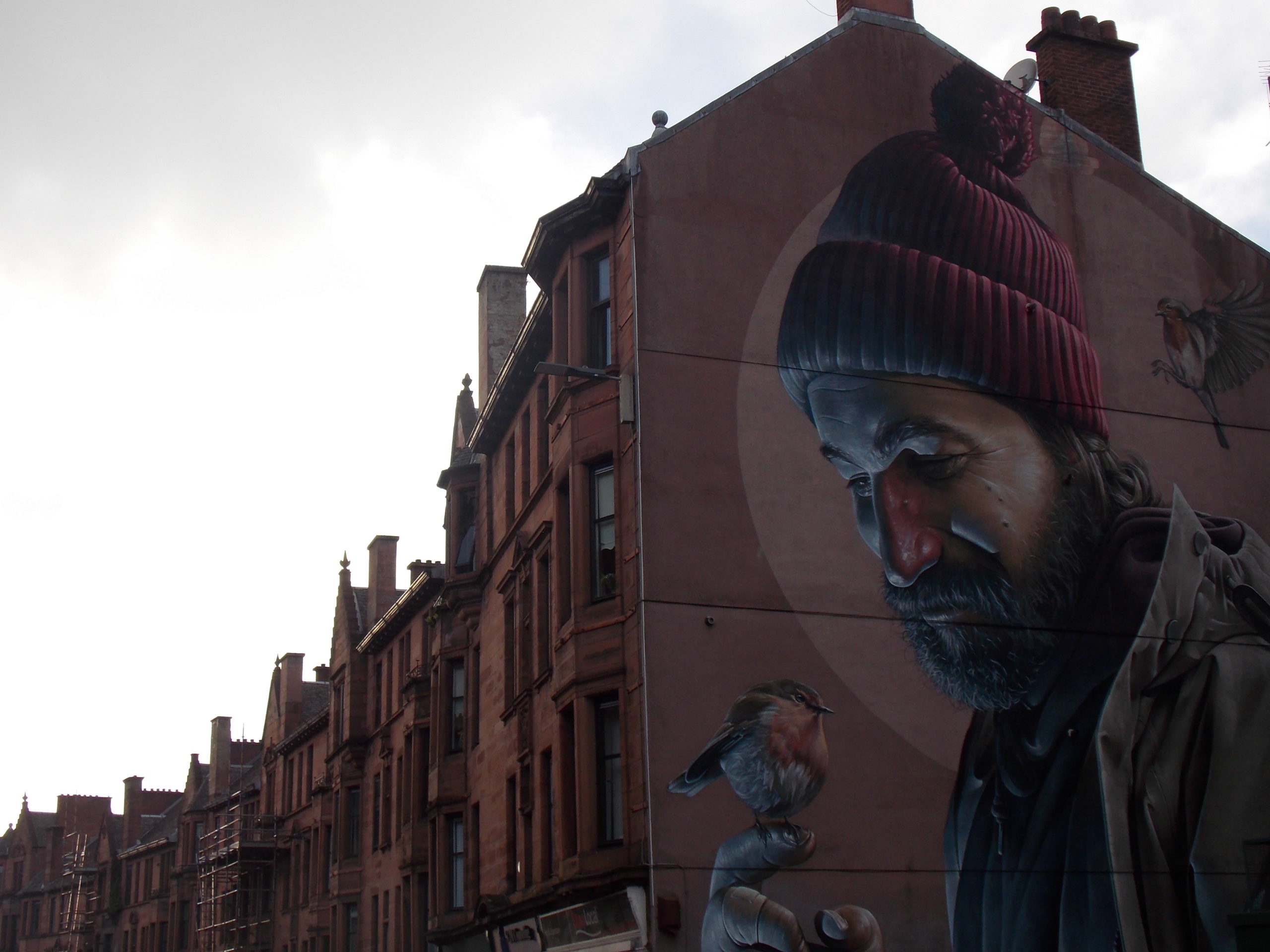 A new report has laid bare the ever-increasing disparities between Glasgow’s least and most deprived neighbourhoods. Mural by graffiti artist Sam Bates (aka Smug) in Glasgow. Image by Kate Haining (CC BY 2.0)

The report also delves into specific neighbourhood trends within Glasgow. In 2015–19, a striking 17.6-year gap in life expectancy was estimated between males born in Greater Govan (65.4 years) versus Pollokshields West (83 years). The equivalent gap in 2001–05 was 15.3 years. Although less severe, the recent findings for females are also concerning, with a 13.4-year gap between females born in Anniesland, Jordanhill & Whiteinch (86.1 years) versus Ruchill & Possilpark (72.7 years). An equivalent gap of 11.1 years was reported back in 2001–05.

So, what might be causing these stark levels of inequality? The report specifically highlights the potential impact of UK government austerity policies — cuts to public services and social security. These measures, introduced after the global financial crash of 2007/2008, have disproportionately affected the poorest in society. Several damaging health-related behaviours, including smoking, violence, and alcohol- and drug-related harm, are also more prevalent in the more deprived areas of Glasgow. Drug-related deaths, in particular, have more than doubled in the last five years with 279 Glaswegians dying from drug-related causes in 2019.

Growing evidence suggests that the COVID-19 pandemic has exacerbated existing health inequalities even further. According to statistics published by National Records of Scotland, life expectancy at birth fell by 17.6 weeks for Scottish males and 6.1 weeks for Scottish females in 2018–20, representing the biggest annual decrease since these estimates began in 1980–82[2]. In general, the mortality rate from all causes in the most deprived areas of Scotland was 1.9 times that in the least deprived areas between March 2020 and August 2021[3]. However, for COVID-19 mortality, the figure was 2.4 times the rate of those in less deprived areas. In Glasgow specifically, 1 in 10 residents who died from COVID-19 lived within a 3-mile radius of the deprived east end: an area containing approximately 5% of Glasgow’s population[4]. The city has also endured strict COVID-19 restrictions for longer than any other part of Scotland, leading to suggestions that the economic impact is likely to have been worse for Glasgow than most other local authorities[5].

What will it take for the city’s motto —‘Let Glasgow Flourish’ —to become a reality? The GCPH report recommends a shift to more progressive policies and increased radical action from both the Scottish and UK governments in order to tackle educational, income and wealth inequalities. It also emphasises the need to include those individuals who are most marginalised and affected by such inequalities in the decision-making process. During the COVID-19 pandemic, rapid policy changes were implemented, including actions to protect individuals at risk of homelessness. Such initiatives demonstrate that positive progress can be made in a short space of time; progress that prioritises health and focuses on vulnerable members of society.

The spotlight will shine on Glasgow in the coming weeks as it hosts the COP26 Climate Summit. The hope is that Glasgow accelerates climate change action on this global stage whilst not forgetting its people and the problems closer to home.

Kate Haining is a PhD Student at the University of Glasgow. She is passionate about mental health, focusing her research on individuals at risk of, or experiencing a first episode of, psychosis.'